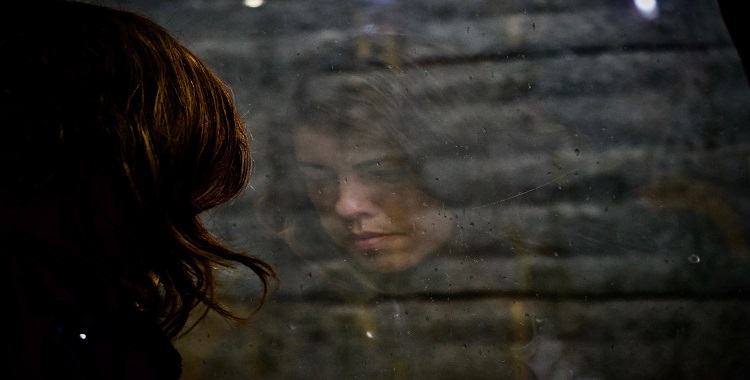 On an otherwise ordinary autumn day, I killed a three-year-old boy. One might think that the air held some hint of warning, but it didn’t—just the bite of November wind and the spicy scent of wood smoke from some neighbor’s potbelly stove.

Countless times before, I’d cruised down Barton Avenue without incident. I drove under the speed limit; I was cautious. I’d even made that full stop all the other drivers ignore. Then came the blur, the sickening thunk of body against bumper.

No one expects a toddler to tear out of a driveway on a Big Wheel, my psychologist says. This wasn’t my fault. The same thing could happen to him, to anyone.

But it didn’t happen to them. It happened to me.

I don’t remember getting out of the car or pulling his little body up from the pavement. I remember his blank eyes, his twisted neck, his curved hands on phantom handlebars. Amber and crimson leaves skittered past while I gaped down at him, catatonic.

The boy’s mother’s wailing seemed far away. “Don’t touch him,” she screamed, pulling him from me. Her hair was dark and thick with the smell of cigarettes, and she rocked him, moaning, “My baby,” and “Oh, God… please.”

I can’t remember his name. I should know it, don’t you think? Someone told me, but I didn’t absorb it. My mind didn’t want it.

“WHAT DID YOU DO?” she cried, cradling her limp child against her fuchsia sweater. I didn’t answer. Poached by the boy’s empty eyes, I was still trying to figure that out.

How I managed to find and then dial my cell phone, I can’t recall. 9-1-1? Emergency. B-Barton Avenue. I hit a boy. I don’t think he’s breathing. Please hurry.

The patrol car that came alongside the ambulance produced a graying cop who was a whole foot taller than me. He asked questions two or three times each because I had trouble comprehending them. “Hey,” he finally said, putting a gentle hand on my shoulder. “You’re gonna be okay.”

Okay. He said that.

Glenn came to the station to pick me up. He found me on a scratched-up wooden bench, staring at a buttercup yellow cinderblock wall. “What happened, Camille?” he asked, but his face said that he already knew.

He sat beside me, put an arm around my shoulders and held me until I could speak.

“He came from nowhere,” I whispered, hating the cliché’s truth.

“His mother’s fault,” Cora insists, perched on my sofa the following day. “Definitely hers. What’s a three-year-old doing outside alone? If she’d been watching him, this wouldn’t have happened.”

I wonder when it became dangerous for a child to play outside by himself. Cora and I did so for over a decade, and the worst we ever suffered were skinned elbows or knees. Why was this child different? And why did I have to make him that way?

“If she sues, you should counter,” my sister advises, lighting up.

A whiff of her Marlboro is all it takes. “Don’t smoke in here,” I snap, going into the kitchen to suffer unsupervised.

Later, naked and dripping, I stand at the bathroom sink looking into the sheen of the fogged-over mirror. With a forefinger, I write CHILD KILLER on the glass and see distorted fractions of my face reflected in the letters.

How I wish I could go back to the day before it happened, when I still had the pleasant delusion that, in general, all was well in the universe.

Breathing is an active participation sport. Everything I do has become one. Standing in line at the grocery store takes effort because my knees no longer lock.

All around, I overhear people griping. She can’t stop nagging. He won’t help around the house. They never pick up after themselves. Such stupid things to waste attention on, but maybe if the accident hadn’t happened, I wouldn’t think so.

At the drugstore, I stare at a display crammed with bereavement cards. With Deepest Sympathy. The boy is in a tiny coffin now, and I never told his mother how sorry I am. You Are Not Alone in Your Sorrow. Even so, I’m certain the last thing she’d care about is how I feel.

Three giggling girls scamper through the door, followed by their cheerless mother. They’re dressed in matching faux fur-lined pink coats, jean skirts, purple leggings and red boots. I promised God that if given a daughter I’d never dress her like this, but the evidence before me suggests that these color combinations please him.

Their mother fidgets while they hover around the front counter, considering candy bars—choosing, gasping, thrusting one back in favor of another. “Hurry,” she groans, checking her watch. “We have to pick your father up at the train station.”

Where was the boy’s mother, anyway? On the telephone? Loading the dishwasher? Lighting up a cigarette? Was it habitual negligence or that turned-her-back-for-one-second factor? Because believe this—it really does take only one second.

The earth tones of my psychologist’s office and the sweet smell of his leather-bound books calm me. “The boy’s mother has to blame you, Camille,” he tells me, seated across from me in his suede armchair. “Having to acknowledge any responsibility for this tragedy would destroy her.”

A long silence passes while he awaits my response. “Well, why shouldn’t she blame me?” I say. “She didn’t run him down.”

He brings his folded hands up and rests his chin on them, a sort of silent appeal. His glasses are too large for his face, like that doctor at the clinic, the one who told Glenn and me not to feel discouraged because we could still adopt.

I stand and go to his bookcase. He watches while I peruse embossed golden titles. Ulysses. The Great Gatsby. Oliver Twist. Classics. Has he read these, I wonder, or are they just for show? Before I can ask, my eyes drift to an anomalous red spine at the edge of the shelf. I squint to read it. Truly Tasteless Jokes.

“You have twenty more—”

Driving home, Glenn takes the long way. I don’t want to pass the boy’s house or see the roadside memorial Cora mentioned last time we spoke: yellow and red carnations wilting away to brown in prolonged reenactment of what happened there.

If that fat-assed minivan hadn’t been parked at the curb, I would have seen him coming. I wasn’t going fast; I could have stopped in time. Yet there it was, defying all the empty driveways around it.

Does the minivan belong to the boy’s mother or to a neighbor? And why in fuck’s name did it have to be parked in the street?

“We should go away,” Glenn says over dinner about three weeks afterwards. “That’d be good for us both.”

I put the spoon back in the soup I’m not eating. “Do you really think anything can fix this?”

He stares, unblinking. A twitch pulls the corner of his mouth.

“What?” I ask—more of a dare than a question.

“I just want my wife back.”

I can’t swallow the lump of fury in my throat. “So do I.”

“I don’t know! Go back into therapy.”

“Yeah, for all the good that did.”

“Try something else, then. Maybe—”

“Go somewhere, escape. Don’t you get it? I can’t leave me behind.”

He throws his napkin aside and stands, chair legs scraping ceramic tile. I listen to his thudding footsteps, to his jacket zipping up in our living room, to the front door slamming in his wake.

I also abandon dinner, going through the sliding glass door to our deck. Since the accident, I’ve spent hours at the bistro table there staring at barren trees. Somewhere above where their bare branches scrape the sky, I try to imagine a haloed boy with silver-tipped wings racing Big Wheels with other children who were taken before their time.

But screeching tires, crunching metal and a cry—Glenn’s—pull me back to reality.

My feet barely touch ground. Glenn’s out front in the street, his skin white as paper. His Jeep’s mangled driver’s side door lies in the road on a glittering minefield of shards. A red Mustang speeds away, up the road. “Crazy son of a bitch!” he rages.

I spin him around, bury my face in his windbreaker and let out the sound that’s been trapped inside—a hollow, guttural wail that grates over my teeth.

He hesitates before wrapping his arms around me. Scared, probably, and I can’t blame him—I’ve frightened myself. Neighbors emerge from their homes and cross their clipped lawns to better gawk at both the Jeep’s damage and mine.

“I love you,” I sob, but these words lack sufficient power.

He shepherds me toward the house, glass crunching underfoot. Our new neighbor’s son, still nameless, scurries closer. He’s college-aged, wearing a bright yellow t-shirt bearing what should be a smiley face but instead has a straight, flat line for a mouth. The caption beneath reads: HAVE A DAY.

I look to Glenn, who raises an eyebrow. This question has been directed toward me. Several stock answers come to mind, all of them sarcastic. “Aren’t you cold?” I ask instead.

He sticks his hands in his jean pockets, shrugging. “Well, yeah.”

“She’ll be fine,” Glenn says, ushering me onward, and the boy steps back, nodding, like this makes total sense.

And maybe it does.

Photo by Tiago Bandeira on Unsplash

Kathleen Powers-Vermaelen’s fiction has appeared in Proteus, The East Hampton Star, The Best of Every Day Fiction and other publications. She holds an M.F.A. in Creative Writing and Literature from Stony Brook Southampton, and teaches writing at Suffolk County Community College on Long Island.