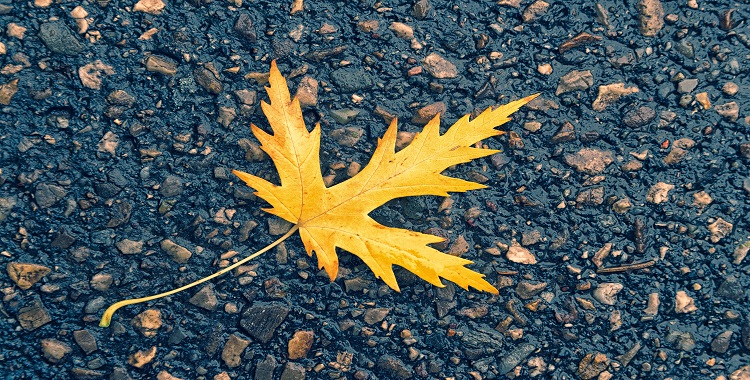 I bought this pen (the one I am writing with now) from the Victoria and Albert Museum (V&A) in London. It is a small pen, short and fat, about half the length of your average biro, which means it will out of ink twice as quick. Come to think of it, I have never actually run out of ink. My pens have always been lost before I could witness their ultimate depletion. Perhaps this is because I have never had a pen worthy of looking after.

Just a short walk from the V&A, towering over the fringes of Kensington Gardens, stands the absurdly majestic Albert Memorial. Following the untimely death of Prince Albert, there were various suggestions regarding how best to memorialise his life (an engraved bench perhaps, or maybe a note in the local paper) but the Royal Widow made it apparent she was in favour of a more traditional memorial, as in: a statue or structure established to remind people of a person or event. Thus, the Albert Memorial was erected.

The overblown ornateness of the structure  –  intricate spires, eight sets of sculptures around the base, the golden prince sat upon his throne in the centre of the grand ciborium  –  exudes enough misplaced endeavour and wealth to make your gut wrench. But, at the same time, in the same reality, the monument is nothing more than a colossal, magnificent, uncompromising declaration of love, by way of grief. Who would deny the (poor) Queen a memorial for her soulmate? It just so happens she was born into the apex opulence, she has no other aesthetic reference, so, when it came to the conception of the Albert Memorial, she could only draw from this opulent framework. Perhaps if she was a grubby pauper lost in the woods, she would have carved his name into a tree. It seems remarkably naïve when you think of it like that; little Victoria cutting her memorial into the soggy bark of an elm with the nib of her biro. Poor thing. But she was not a grubby pauper. She was Queen of England. So she put him fifty feet up in the air on a gilded throne.

The pen (the one I am writing with now) is a special pen. A novelty pen. The pen forms the shape of a lipstick. The lid of the pen is the glossy red wax. When the lid is removed, it is just a stubby pen. But with the lid on, it looks like a lipstick. I like it. I like how stupid it is. And because I like it, I intend to keep it, look after it, write with it until it writes no more.

Of course, the Albert Memorial is just one half of a larger shrine. The statue of Albert faces directly towards the Royal Albert Hall, where the musical offerings of artists ranging from the Royal Philharmonic Orchestra to Chris de Burgh, from Alfie Boe to DJ Spoony, are devoured by the spirit of the Prince Consort on a nightly basis.

As my soulmate and I were walking that short distance from the Albert Memorial to the V&A, I was granted an intense spiritual experience. Having exited the park, we were adjusting to the sudden transmogrification of greenery-to-concrete when I spotted, several feet above my head, the pirouette of a yellowing leaf falling towards the pavement. Keenly, I observed its performance as it looped into my eyeline with carefree éclat and seesawed down and down until eventually, caressing clean flagstones with tenderness, it settled on the ground.

We had already walked a fair way into the city  –  the trees that line the border of Kensington Gardens were far behind  –  so this leaf must have blown quite a distance through the middling wind to reach our footsteps. The more I thought about it, the more I was struck by the realisation that this occurrence, this leaf grazing the ground, was one thing happening in an infinity of things happening in that one moment in time, and I thought of all the leaves falling from all trees across the world, all the people sleeping, dreaming, all the atoms of the universe constantly shimmying, and that was just one moment in an infinity of moments, and I felt like I was witnessing it all, everything contained in the flicker of a thought. Then it was gone.

I believe I was experiencing what some esoteric traditions describe as unity consciousness: a deep connection to the oneness of the universe. Some claim that, through disciplined meditation, reflection and spiritual practice, it is possible to reach a perpetual state of unity  consciousness. Thanks to the fall of a leaf, I managed to achieve this mode of being without any discipline whatsoever, though only for the most fleeting of moments.

Every poem is a kind of memorial. Some poems are literal memorials. “In Memoriam A.H.H.” by Alfred, Lord Tennyson is a literal memorial for Arthur Hallam, but it is also a memorial, a linguistic monument to a particular frame of mind, a unique frequency of Tennyson-consciousness, that of a deeply spiritual grief in the sober face of the Age of Reason. Though we poets tend to return to our preferred themes, each poem is its own entity, born of an irreproducible ordering of emotions. A poem about a flower is not just a poem about a flower, it is a poem about a most specific flower; it could be one flower in a field of millions, or it could be an ephemeral phantom flower, only existent in the transitory mind of the author. When the poem is complete, the flower dies, and all that remains is the memorial.

There are other times when I feel close to unity consciousness, particularly at moments when I become awareof/tap into the limitless possibilities of the universe. As a lowly human being, I only have a narrow bandwidth/framework of comprehension through/by which I can explore the infinite. The limitless is limited to my specific human context. But when I write, I witness/experience this bandwidth expand to its outermost boundaries as I become connected to/aware of every possible option/choice; every narrative choice/option, every arrangement of letters, from the obvious/mundane to the utterly absurd, is alluringly/undeniably available, to be heeded or ignored by my capricious/ridiculous/undeserving whims. I will always be drawn towards one option/choice over another, but the fact that these choices/options are available/offered/there/sphenopalatineganglioneuralgia/Oecstasy in the first place is a spectacularly empowering reality.

But a poem is never ‘complete’. A poem is an irrepressible organism. Even those unloved poems sat in dusty drawers for decades, even those forgotten monuments are constantly evolving just as inexorably as the cultures by which we attempt to interpret their meanings.

Much soothed and pleased with Tennyson’s “In Memoriam”. Only those who have suffered, as I do, can understand these beautiful poems.

Not many of the poets I know set out to ‘sooth’ their readers. I think this is more of a subsidiary effect. Perhaps Tennyson considered how the deeply personal “In Memoriam” may bring some solace to others, but I mistrust the poet who has this medicinal goal at the forefront of their creative consciousness. When reading “In Memoriam” it may seem that Tennyson is communicating with you in some way, but this is only because he is using you, in the same way one uses a psychiatrist. If the patient happens to come up with a cure for the headshrinker, this is just a happy accident. But what mourner or heartbroken soul would not feel buoyed by the last stanza of the last canto:

I am filled with awe when I consider how poetry has this capability to transcend time, space and mind, and I am often struck by the thought that what I write may well connect with someone centuries from now, in a completely estranged cultural idiom, just as the work of Tennyson has connected with me. This is not why I write  –  I write because I am infected by an inexplicable disease which means I am still awake at 05:37 in the morning harbouring an enchanted headache  –  but the whole metaphysical communication thing is a rather satisfying bonus.

Just as I was starting to think London was all about galleries, museums and magnificent monuments, I was standing on Whitechapel Road scribbling something like:

when I spotted a man staggering up and down the pavement; barefoot, bare-chested, covered in scrapes and dirt, torn parka with the hood up, rope tied round his waist barely holding up his jeans, carrying a full pint of larger. It seemed like he was trying to sing a tune, but every time he approached the semblance of a melody his voice crumbled to infantile cries. I watched as he picked up a discarded crate and carried it to a large wheelie bin. He dug his arm into the bin, pulled out a handful of tattered fish guts and chucked them into his crate. He ran up and down the pavement, jabbering and wailing, fish guts streaming behind him. People recoiled. You could smell the rot as the sloping facades of The Gherkin and The Shard glimmered in the near distance. There it is, I thought, the late capitalist Dystopia in all its horrorful glory, and I, the witness, witnessing it all. But truly I felt like the scum of the universe.

‘There is no greater sympathy than that of pauper for a king.’ (Anon) I lost my lipstick pen (I am now writing with another pen, your average biro). Deep down, I knew I would never see its ink run out. The pen was not reusable, there were no detachable parts. I would have just put the empty pen on my shelf with all my other treasured items (the zebra, the pig, the smashed snowglobe with the gnome clutching his scroll, the Hawaiian lady, the glow-in-the-dark chick, the wicker ram etc.) as a reminder of my cherishing nature. But it was never meant to be. I was going to plan another trip to the V&A to purchase a replacement and start all over again, but it turns out they sell the same lipstick pen on Amazon for £0.16p + P&P. My delivery is scheduled for tomorrow between nine and eleven AM.

Photo by Johannes Plenio on Unsplash

Michael Sutton is a writer from Liverpool, England. His poetry has been featured by The Gateway Review and The Menteur, and anthologised in Birds Fall Silent in the Mechanical Sea. He also writes regular articles and reviews for The State of the Arts and Neon Books. He is the winner of the 2018 Rhiannon Evans Poetry Award, and the 2019 Streetcake Experimental Writing Prize.