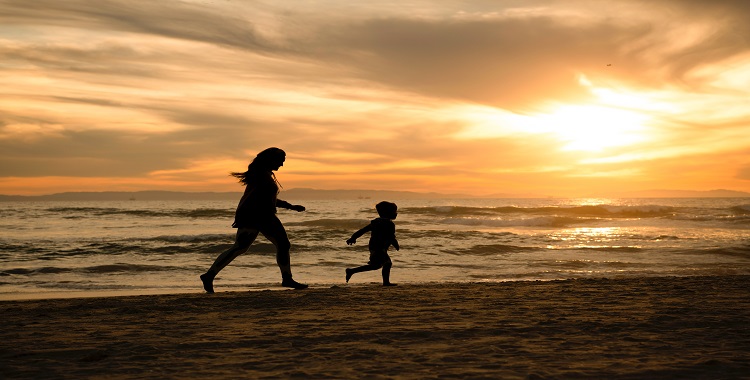 Temperature hit one hundred, making our third floor apartment close to like Hell. I spent the day with Ben in the playground, leaving him under the watch of nosey-neighbor-I-know-better from the first floor whenever I wanted a smoke. But it’s 9:30. Can’t leave the kid upstairs alone, and the manager closes the playground at 8:00 every night, even when the July night sky is still a faded denim blue.

Shouldn’t got us into a place that didn’t allow smoking. I can understand pot, but cigarettes’re legal. Hell, pot’s legal. It’s ’cause they can’t get the smell out, but I never smoke inside. Not since my kid’s been born.

So 9:30 and I got to have a smoke and I go to the sidewalk to have one. Ben doesn’t think nothing about it. Most of the day he’s been asking to come with, but I don’t want him thinking smoking’s the right way of things. I want better for him.

I tromp down the stairs and through the parking lot, Ben beside me, running ahead then back, that too much energy of boyhood bursting out of him. From 4:00 to 7:00 every week night we got cars lined up along Powell Street and the air is worse than my smoking. This late, cars buzz past fast, all of them going someplace other. A place where you can do as you please and they don’t have a rush hour out front.

Ben flops down into the building’s grass.

I step farther away and lean against a light post.

Him on the apartment grounds. Me off.

Lamp post is hot, but I’ll get used to it. I can hear the metal tick over my head, like my car back when it ran. Ticking leads to failure. Learned that the hard way.

“I spy with my little eye…” Ben says. Then he just stops. Waits too long.

His head tips, the brown curls my Mom is always trying to get me to cut smudge themselves down into the grass, hide him in a jungle. Lose him against the white buildings behind. His amber eyes shine.

“Why aren’t there more stars, Ma?”

I look up a sec, think about explaining growing cities and their lights. Say, “Dunno. Used to be a lot when I was a kid.” I look back at him, can’t stop looking at him. The one thing in my life not fucked up yet. “How many stars d’you see?”

I take a drag, blow smoke up and away. “How high can you count, anyways?”

His eyes turn into little arcs like in the Japanese cartoons he loves so much. “Ten.” Then he giggles.

My legs stretch across the sidewalk. My flip-flop covered foot taps his red sneaker. “Bull,” I say. “You been able to count to a hundred since you was four.”

Ben turns his head to look at me. “How high can you count, Ma?”

Another drag. Blow smoke down the road at headlights coming on. “I’m just some Gomer can only count to maybe seventy-five.”

We trade smiles. His face is so damned beautiful, just like his Dad’s. There’s one mistake I won’t repeat. Beauty don’t make good husband material.

The wind picks up from the east where it’s river-cooled. The tip of my cigarette gets brighter. A pickup passes, blows my hair all over.

Photo by Jude Beck on Unsplash

Sally K Lehman is the author of the novels The Last Last Fight, In The Fat, The Unit – Room 154, and Living in the Second Tense. She is also the editor of the anthologies Bear the Pall, War Stories 2016, and War Stories 2017. Her work can be found in several literary magazines including The Coachella Review, Another Chicago Magazine, and 34th Parallel. Sally has an M.F.A. in Creative Writing from Wilkes University where she worked as Managing Editor for River & South Review. She lives in Portland, Oregon and works as Managing Associate Editor for The Corvallis Advocate.