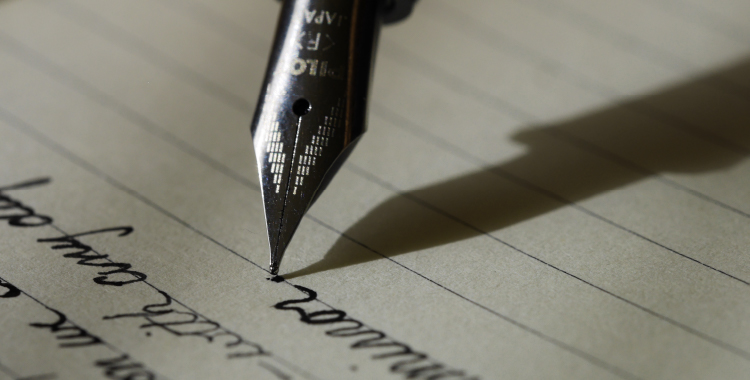 Published posthumously in 1964, most of the memoirs and stories in “A Moveable Feast” are non-traditional narratives, or they have strong non-traditional narrative elements. And at first glance, a reader might decide that the whole book is nothing more than a collection of historically related, extended vignettes — simple slice-of-life, 1920s-Paris sketches that were meant to be more impressionistic than true examples of classic storytelling art.

Even after a complete read-through, a reader might not change that initial opinion. And though they were written during the apprenticeship of a master-writer who would go on to become a legend, this volume really does appear to be nothing more than a collection of impressions. But if so — if that was all Hemingway ever really intended for the individual pieces in this collection — there’s nothing particularly wrong with that. We’ve seen other classic examples of vignette as high literary art: notably with Charles Dickens’ Sketches by Boz, or Washington Irving, or with Chekhov. And postmodern literature experiments with vignette as an artform ad nauseam.

But Hemingway’s volume does beg a series of important questions that are of interest to writers today, aside from its historic importance. What is the use of writing such sketches? Why craft such a series of non-narrative, pen-portraiture in the first place? Does it serve a purpose other than writing practice? Is that all Hemingway had in mind when he originally drafted these pieces: a type of loose-leaf writing ritual? And what can modern writers learn from this approach?

Putting aside his later efforts to shoehorn these early sketches into a de-facto memoir, and then the subsequent literary furor that resulted from his death and multiple literary executors’ copyediting, we first have to understand that Hemingway never originally intended for us to see these notes. They were jotted down in his personal notebooks during the 1920s; a young writer’s repository of thoughts, idea tailings, and other assorted ore carted out from his literary mine. But I think there is an important skill at work here, something we see on full display even in Hemingway’s early efforts as a writer. He is showcasing his burgeoning mastery of a technique that I have come to call literary shorthand.

What exactly is literary shorthand? What is its purpose?

In the same way that a poet might compose a haiku or a haibun, just to encapsulate the essence of a scene, or to snapshot a character impression for a much longer poetic work later, literary shorthand is a way to contain a memory. A series of single moments — preserved images — all trapped and frozen inside literary amber. The writer can save these images for later, like a pocketful of amber beads that hold living insects. The images can be released in the future: incorporated into longer poems, or written into a novel, a short story, a song, or — as Hemingway later does — used to craft a memoir.

Literary shorthand is an especially useful technique for writers who are pressed for time, or for those who don’t want to lose an idea; or perhaps as a way to hold onto an idea that is singular and important, but doesn’t yet have a destination. Such shorthand sketches can be revisited and expanded at any later time that is convenient for the writer. And a vignette is a great way to do that. By stringing all those frozen moments together like a beaded necklace, a writer can create something larger and more richly evocative.

There is some strong evidence that this is exactly what Hemingway was doing in “A Moveable Feast.” His heavy use of dialog, for instance — sometimes for most of the story — or his quick dips into metafiction (he might refer to himself as the author of the piece; either an author who’s currently writing, or one who’s preparing to write) all offer strong evidence that Hemingway purposefully scrapped traditional narrative altogether in these early pieces. He instead favored literary shorthand.

He was in a hurry back in those early Paris days, moving from place to place with his young family, and short on both time and attention. In each of the sketches here, he boils story down to its ivory bones; whispers the tale in the barest of breaths; draws out each complex, emotionally charged scene in broad dusty strokes like sidewalk-chalk art. It all seems simple enough.

But with Hemingway, nothing is ever quite that simple.

A reader’s tendency to use the traditional definition of story while looking for classic narrative techniques is more likely to confuse than to illuminate — especially in this volume. We all know that a story is an introduced conflict or conflicts, which must then be grappled with — presumably by characters — while the arc of the whole somehow results in the transformation of those characters. And there’s usually some type of resolution too; a denouement to tie all the fluttering, loose, narrative ribbons into neat and tidy bows. This is what we know to be true about storytelling; it’s what we look for. Hemingway, however, likes to lead us in with what we know, only to turn everything on its head.

“The Man Who Was Marked for Death” starts off as a traditional narrative. It leads a reader quickly inside, convincing them they’re safely within the confines of a normal story. And it even holds to that illusion for a while. Hemingway’s first and most powerful narrative strategies are almost always characterization and foreshadowing (well: and some compelling, surreptitious dialogue, like that found in the tense should-I-do-it-or-not abortion tennis-match, found in “Hills Like White Elephants”).

So too does this story start off as a traditional narrative. We meet a unique, fascinating, and not particularly likeable character: Ernest Walsh — a societal fop, a poetic peacock with few redeeming qualities. And we think the story has begun.

Hemingway draws a fascinating portrait of Walsh as a rich, playboy poet who is accompanied by two blond girls in long mink coats. This alone might compel a reader to continue reading, for sheer spectacle if nothing else, but it’s Hemingway’s clever use of foreshadowing that really keeps the story going. Of Walsh, Hemingway writes that he was “clearly marked for death, as a character is marked for death in a motion picture.” And after that, there is no way that a curious reader can put the story down.

Why is Walsh marked for death? In what way?

As the story progresses, Hemingway continues to adhere mostly to this traditional narrative structure; in the sense that Hemingway begins the writing at one point in the narrative, and proceeds in linear fashion through further points in the timeline, all in an A to B to C fashion. But as he continues telling the story of his meetings with Walsh, it becomes very obvious that Hemingway is no fan of the poet. And that might be the point when Hemingway decides to turn this story over, to scrap the effort and keep it as literary shorthand; for no other reason than Hemingway himself finds Walsh not interesting enough, after their initial meeting, to continue telling the tale. That, or Hemingway doesn’t like it when men strike him as prissy, lady-like queers.

Hemingway is quite explicit about how he feels here: he finds Walsh to be weak of character (because the poet uses his current battle with tuberculosis as a crutch), and Hemingway also thinks the poet is a liar. But most damning, Hemingway is no fan of Walsh’s particular form of masculinity; he even goes so far as to compare Walsh’s folk-cure consumption of expensive oysters to the tactics of a cheap prostitute who ignorantly uses fellatio as a way to rid herself of tuberculosis. And frankly that’s a deathblow as far as Hemingway is concerned (double entendre intended). Once Hemingway’s compared a man to a dick-sucking prostitute, it’s all over for that guy — Hemingway’s homophobia and misogyny is the stuff of legend.

So it’s obvious that Hemingway can’t stand this guy — because reasons. And though it’s absurd, we even begin to follow his line-of-thinking somewhat. But as we do, rolling our eyes at the machismo, we must keep asking: Is this a story, though?

Unfortunately, there is no clear answer. Hemingway’s continual use of foreshadowing — around his central metaphor of “marked for death” — is certainly compelling. It keeps the reader moving through the tale, hoping we’ll we get details of the exact circumstances of this horrific demise. Hemingway even provides some clues about why he thinks the poet will actually die soon, just so we know it isn’t a ruse. But it’s what Hemingway does next that crashes the idea that this is a traditional story; or at least, questions what we know as writers and readers when it comes to how an effective story should be told.

Hemingway keeps the facts of Walsh’s eventual death from us. On purpose. And not in a delightfully taut and tense sort of “is it the Lady or the Tiger” kind of way. No. Though he builds up dramatic tension around Walsh’s imminent death throughout the tale, Hemingway flatly drops that entire narrative thread altogether. And he doesn’t even apologize; he just tosses off some lame excuse for his lack of climax: “I cannot remember when Walsh died. It was long before that evening with Joyce.”

And that is probably the most compelling evidence that Hemingway wasn’t really trying to write a complete story here. He was sketching; using literary shorthand as a way to preserve a compelling scene to use within a longer work later.

As readers, we’re left hanging — suspended in the air like a flash-frozen cartoon coyote, poised right on the precarious edge of this story-cliff: eyes wide, mouth hanging open, and a desire for release that may never come. Hemingway just abandons us. He composes this story-sketch almost like a chef who wanted to bake a cake. And after gathering all the ingredients up for it — flour, butter, eggs, sugar, milk, pure vanilla, and a pinch of salt — he whips them together into a fine batter. Then he places the brightly glazed, hand-thrown ceramic mixing bowl down on the counter. And just walks out the kitchen door, never to return. Because he’s done.

Leaving readers to ponder if this is how Hemingway’s wives often felt.

“The Man Who Was Marked for Death.” A Moveable Feast, by Ernest Hemingway. Scribner: 2009.

Vincent Larson is a professional editor and freelance writer in his 9–5 job, and hold an MFA in Creative Writing. Vincent has been traditionally published in a number of small presses, and most recently been curated by Medium.com, in addition to being picked up as a writer by Noteworthy: The Journal Blog.