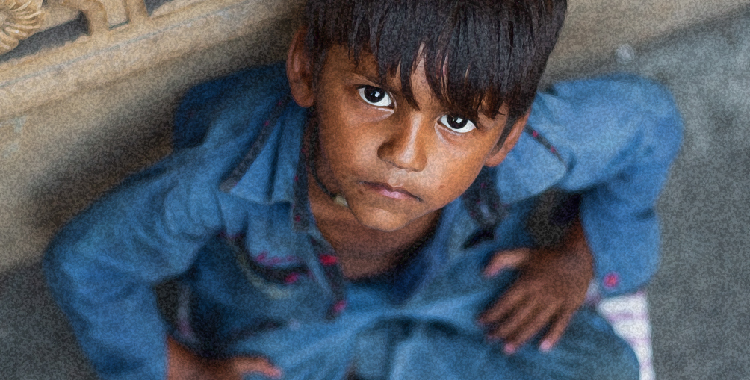 The wonders of digital technology are a great boon to modern travellers. Through the simple use of a computer programme I am able to maintain contact with home each day that I am here in India or elsewhere in the world. So much have I come to take this situation for granted, that on the odd occasions when connection is not possible I feel frustrated and irritable.

Fortunately the systems have all worked reasonably well over the past week, and I have enjoyed daily conversations with family at home. Last night was typical, when for ten minutes or more I was able to talk to my wife, one of my sons, and two grandchildren. Catching up with the news from home it was clear that they had all enjoyed a pleasant day visiting the countryside for a walk, playing on a range of equipment at a playground and generally relaxing in the fresh Northamptonshire air. When away from home I am always pleased to hear that life goes on as normal in my absence and that everyone is well and happy.

Having concluded my late night (late here that is; though still afternoon in England) conversation with family members, I found myself reflecting upon what life must be like for children here in Bangalore and comparing this to that of my own grandchildren. As a parent and grandparent there are things I always notice with a degree of sadness about the family experience here in this South Indian city. At home, in a bustling city I would expect to see many families pushing small children through the streets and shopping precincts in push chairs. Families with a couple of children, one being pushed whilst another walks beside the pushchair is an unremarkable sight in England. Yet here in Bangalore I cannot recall seeing a child pushed in a pushchair.

The reasons for this are fairly obvious. The city is dominated by traffic, which often has little regards for pedestrians, the pavements are an obstacle course to be negotiated with care, and any child travelling near ground level would fall victim to the belching fumes emitted by thousands of vehicle exhaust pipes. Children and families have been bullied from the streets. It is true that there are many fine parks and playgrounds around this locality in Jayanagar. This morning I passed two such sites which are well maintained and equipped with swings, slides and other assorted playthings. However, talking to friends here in Bangalore, they tell me that the hassle of fighting their way through traffic deters them from making more than the occasional use of these facilities. Many mothers feel trapped in their homes with little opportunity to give their children the experiences they would wish for them.

I do, of course, see many children here on the roads of Bangalore, and I am always amazed by how street wise some of them have become. This morning, being Sunday, the traffic levels were relatively low, but I was still mindful of the need for caution when crossing the road. Sri Aurobindo Marg remains a dangerous place for any but the most wary pedestrian, but this morning I watched as a small group of children, varying in age I would estimate from just two years old to no more than five, weaved their way between buses, auto-rickshaws, motorcycles, and lorries. The nonchalance with which they completed their potentially lethal path is both a tribute to their learning, but also an indictment of the lack of respect shown to childhood by some facets of the society created here.

A little later in the morning (around 6.45 am) I came to a place where along one of the many metro building sites a colourful scene was created by balloon hawkers who had made their encampment along the raised platform that constitutes the central reservation of a busy highway. Individuals selling these helium filled balloons have been a feature of my visit to Bangalore this time. This morning, at a time too early to anticipate sales, the adults in the troupe were trying to gain some sleep. Covered in flimsy cloths they lay curled on the concrete, their multi-coloured wares floating gaily in the air above them. Several of their children, clearly less resilient to the noise of passing traffic than their parents had risen early and were happily playing a game that involved racing across the road between oncoming traffic. Such entertainment obviously enables them to gain the streetwise skills essential to survival. The alternative hardly bears thinking about.

Watching these scenes I wondered at how different the lives of my own grandchildren are from those of the street children of Bangalore. I also reflect on how much greater their opportunities for freedom to run around and enjoy local parks and countryside are than those of the children of my middle class Indian friends in this city. What kind of environment will this next generation create in the future I wonder? Will it be the kind of environment that considers the needs of children and allows them the freedom to grow? The answers to such questions may well determine not only the kind of childhood experiences we provide, but also the kinds of adults who emerge from this system.

To finish on a more positive note. I read last night that a group of children from Mamalakkandam in Kerala who went on hunger strike because the government had failed to provide their school with teachers, have now ceased their protest. This follows actions taken by the government to ensure that the school will now be appropriately staffed to meet their needs. If  I was in Mamalakkandam today I would happily treat these children to whatever they wanted to eat in order to celebrate their triumph on behalf of the children of their community, and the commitment they have shown to gaining an education and establishing a basic right to have a childhood.