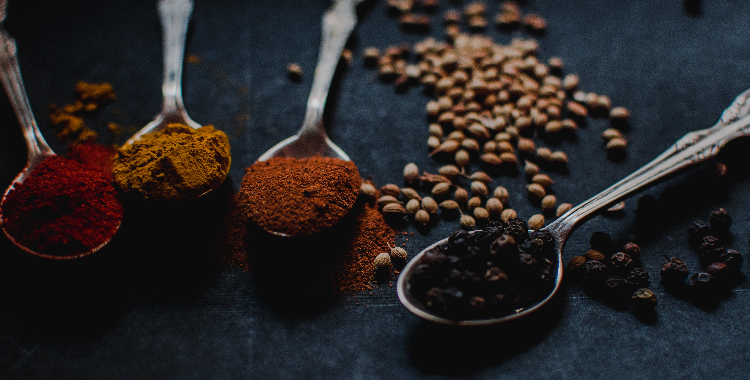 Bhaggan had told me many times why Saffiya had been traveling on the train the day they found me. Bibi Saffiya’s husband had died, and they were returning to Saffiya’s father’s home after her husband’s funeral—she had not been observing  iddat, the four-month mourning period for widows, particularly widows as young as Saffiya. I imagined Saffiya not caring that she had broken the taboo. Why should she? Her father had died just after her marriage, and now that her husband was also dead, nobody could tell her what to do.

Bhaggan was not like the other village women. She cared less for the restrictions of culture and religion. Bhaggan’s parents could not have anticipated their only daughter’s ill fate when they named her Bhaggan, meaning “good fortune.” And she, like her mistress, chose to ignore the excessive boundaries.

“Bibi Saffiya’s husband was her father’s friend and was dying of breathing sickness even before they were married. On their wedding day, he coughed blood on his white silk handkerchief, but they all looked away. Her father tried everything: Greek cures, hakim cures, foreign cures. Nothing worked.”

Bhaggan gestured to me to bring her a glass of water while she continued with the story and the meal.

“On the bridal dais, he perched stiff in his starched white shalwar kameez, his gray face framed with rose garlands.” With her dopatta, Bhaggan wiped away the sweat rolling down her heaving breasts.

“‘A corpse in his shroud,’ they whispered. And Saffiya sat sullen, staring into the distance. They thought she had been drugged—something her father, the master of cures, concocted.” Bhaggan gulped the water and burped loudly, and I returned to the garlic.

“We all knew her husband wouldn’t be able to perform on the wedding night or even after. But they were of the same landowning caste. And Saffiya, without a mother, would be molded by her in-laws. I was packaged in with the dowry.” She held out the glass for me to return it to the pitcher.

“Every morning, after her husband left their room, I was overwhelmed by the oppressive odor of overripe fruit that he emitted. That’s when she started carrying cardamom to chew on, to reduce her nausea. I would help her bathe and perfume her with the ittar of roses and chamelis, making the room tolerable again.

“By midafternoon, when she left the room, her sisters-in-law had plenty to complain about on their visits every Thursday as they returned from the farmers’ market. They were married to two brothers and lived down the street.

“‘Look at the princess without a kingdom. Who is she, anyway, leaving her room when the day is nearly over? We spend our mornings cooking and cleaning, and even in the evenings we find time to sew and knit to stay productive, but she does nothing!’ condemned the elder one.

“The younger would just criticize her looks: ‘a princess with a flat nose and joined eyebrows.’

“They cooked the day’s meals early to avoid the afternoon heat and couldn’t imagine how Saffiya stayed in her room all morning, letting me, her maidservant, organize the house.”

Bhaggan continued, “She looked through them all as if she hadn’t heard a word. Even with her husband, she remained silent. She confided in me that she couldn’t stand his existence, but may I die if I ever told anyone how much she detested that time. Her father would never have let her return to the village, so she endured her husband as long as he lived. Thankfully for her, it was not for long.

“‘Why should I answer to anyone?’ she would say to me when we returned to her room. ‘My father owns ten times more land than their brother.’

“‘Let them bark,’ Saffiya would say.

“Of course, we both knew that her husband already had two children with his first wife. All of them had died many years earlier, but we never mentioned it. The day we arrived, I hid the photo that sat on the mantelpiece. The mournful eyes of the family long dead would be a bad omen for poor Saffiya. How would I know that her fate was already written in the blackest ink?”

It had been some time, and the pile of peeled garlic was finally larger than the unpeeled one. The aroma emanating from the pots suggested our work was nearly done, but Bhaggan continued.

“She never told me what happened during the five months when I left for the birth of Taaj, my second prince. Both Sultan and Baby Taaj stayed with their grandmother because I had to return to Bibi Saffiya. By then, her husband had already started to die. Within that year, he was gone.”

She rolled her eyes toward heaven, as if to indicate that was where he must have gone but shook her head as she began to admonish his sisters.

“They suspected I had brought a taveez, a death wish, from Saffiya’s father. I suppose they thought I wanted Saffiya to be free to control the family fortune. I only wish I had that kind of power. Plus, Saffiya’s father was a healer, not a killer. He would never have given me a potion for death. He was not like some of the other healers, who practiced black magic. And anyway, without a child, a son, which was never conceived, her husband’s death would mean nothing to Saffiya, who was happier the day they buried him than when he brought her home in the bridal palanquin.

“They buried him in the graveyard behind the house, beside his first wife and two babies.”

Realizing that the food would soon be ready to serve and the kitchen needed to be cleaned, Bhaggan turned to me, expecting me to help.

“Where is that bastard Maria? How long does it take to call her mother?”

“I’ve been standing here behind the door, and you didn’t even notice.” Maria swung open the kitchen door and wrapped her arms around Amman Bhaggan, half climbing on her sweaty back as she hunched over the cooking pots.

“Ai hai, you’ll push me into the fire.” Bhaggan didn’t even look back at the girl but tried to shoo her away.

Amman Bhaggan covered her hand with the corner of her dopatta and pulled aside the lid on the lentil pot, leaning forward to dip the wooden spoon into the bubbling cauldron and pour a spoonful of half-cooked lentils into her leathered hand. Then she sucked at the scalding splatter. She poured another spoonful, licked her palm again, and wiped her nose with her dopatta. Then, without looking at us, she opened the first pot, pulled out a tender piece of goat meat, and chewed it to the bone. She then turned the bone around to slurp out the last piece of marrow.

Keeping her hazel eyes on the pot, she took out another piece of meat, tore it in two, and gave Maria and me each a piece.

“That’s enough, now. I have to start with the roti before Bibi Saffiya says the evening prayers. Her temperature rises the second she’s hungry. You’d think all her prayers would give her some patience.”

Bhaggan’s praise for Saffiya was always short-lived, so I wasn’t surprised that her tone had already changed.

“Amman Bhaggan, I’ll knead the dough for you,” Maria insisted. I raised my eyebrow as I looked up at her. Both of us knew the likelihood of Bhaggan’s allowing her to do this.

“Daughter of an owl. You’ll get me thrown out of the house. I don’t know where your hands have been. Your mother cleans the kitchen, and your father empties the sewers. If Bibi Saffiya catches you touching her food, she’ll throw me in the gutter for your parents to scour.”

“Let her do it, Amman.” I could always convince her. “And I’ll massage your head for you.”

“I should have had a daughter like you,” she said.

I stood up, shaking the garlic peels stuck to the front of my kameez, and added them neatly to the pile in front of me, careful not to add to the disarray of the kitchen and to demonstrate the truth in her statement. I liked to prove that she was right and I was the daughter whom anyone would hope for.

“If only my man had lived a few more years. Every time he looked at me, I got pregnant. A year after Taaj, Maalik was born. I was three times lucky with my sons. The village folk cast an evil eye on my happy marriage. My husband wouldn’t have let me die in this kitchen. He had made the payment for a plot of land, for a house with three rooms and a veranda. He promised me that.

“The morning the black magic of the villagers killed my husband, he met Saffiya. He gave her some money. I saw him open our tin case and count large rupee notes. When he saw I had noticed, he hid them from me. He knew I would worry.”

I had heard about the money business with Saffiya, but I couldn’t understand how someone so rich would have cheated someone like Bhaggan of her money. Why had Saffiya not returned the money that Bhaggan’s husband had given her for the plot? Why would she have let her name be tarnished?

“Even last week, I was going to confront Saffiya, to ask her about the money. But you mention money, and the gases go to her head and bring devastating pain to her muscles. I have cared for her all my life. If I complain now, she will say I am disloyal. But I tell you girls, without a man, your life is pointless. No respect if your man dies.”

Bhaggan turned around to look at Maria. “Did your mother say she’d come? I’m surrounded by incompetents and impotents.”

‘Bridal Palanquin’ is an extract from Anniqua Rana’s forthcoming novel, Wild Boar in the Cane Field, which will be out in September 2019.

Anniqua Rana lives in California with her husband and two sons. When she’s not working as an educator in the community college system, she visits her family in Pakistan and England. The rest of the time, she reads, cooks, travels, and enjoys mystical music and poetry and does whatever it takes to keep her grounded and happy.