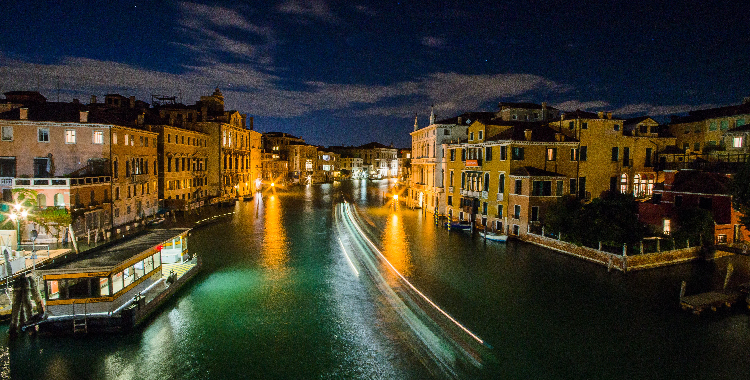 Venetian nightlife, I’m sorry to report, has become rather dull. Gambling, which used to take place in decadent brothels, is now confined to the Municipal Casino. I thought about going in, but there were only three players at the tables. Flinging ten-euro bills off the Accademia Bridge would’ve been more fun.

As for prostitutes, you can forget about the expert courtesans who seduced Grand Tourists with their witty banter and erotic charm. Nowadays, practitioners of the oldest profession are mostly strung-out teenagers from Eastern Europe. They loiter by the train station, staring at lit cigarettes with numb resignation. Former Prime Minister Silvio Berlusconi once suggested building a ghetto for them on the outskirts of Mestre. He said his goal was to clean up the station, but he was obviously just tired of having to pick up underage hookers in public. A few years later, he was busted for paying a seventeen-year-old Moroccan girl $10,000 for a series of less than discreet sleepovers.

With such dreary entertainment options, I ended up spending most nights rambling the desolate alleyways of Cannaregio. The narrow streets are dark and foreboding, but seldom perilous. Knifing travelers and chucking them in canals went out of style in Venice decades ago. The worst nocturnal encounter I had was with a surprised rat.

One evening I went to a Vivaldi performance at the Scuola Grande di San Teodoro. It wasn’t the best Four Seasons I’ve heard, but with the costumes (white wigs, satin breeches), neoclassical architecture and murky old paintings, it proved to be a transporting diversion. If I hadn’t been sitting behind a guy in a Shakira t-shirt recording the entire concert on his phone, it might’ve been 1725.

After the show, I wandered onto the Rialto Bridge and looked out over the Grand Canal. Most of the palazzi were dark, but I did spot a flickering luminescence in one. I tried to pretend it was Casanova up there, scribbling billet-doux by candlelight, but I knew it was just another tourist, watching Dr. House in his underwear. A chilly breeze blew in from the lagoon; the dismal waters swirled beneath me.

People who’ve visited Venice love to whine about how awful the canals smell. I haven’t noticed. Maybe it’s because I go during the colder months, when the scum isn’t baking in the heat, or because I grew up in Erie, PA, on Presque Isle Bay, where waterside attractions include a coke plant and wastewater treatment facility.

I walked back to my room through the silent streets, and spent the rest of the night watching TV. There was an outrageously dubbed episode of Walker, Texas Ranger on. It occurred to me that if Chuck Norris was half as animated as his Italian voice-double, he might actually have had an acting career that didn’t involve being kicked in the head.

There I was, in the fabled Floating City, thinking about a washed-up American action hero. I mixed myself a Negroni, and stared out the window. The alley below was black and lifeless. Ah, Venice.

Photo by jonathan Ford on Unsplash

Dan Morey is a freelance writer in Pennsylvania. He’s worked as a book critic, nightlife columnist, travel correspondent and outdoor journalist. His writing has appeared in Hobart, Harpur Palate, McSweeney's Quarterly and others. He was recently nominated for a Pushcart Prize. Find him at danmorey.weebly.com.