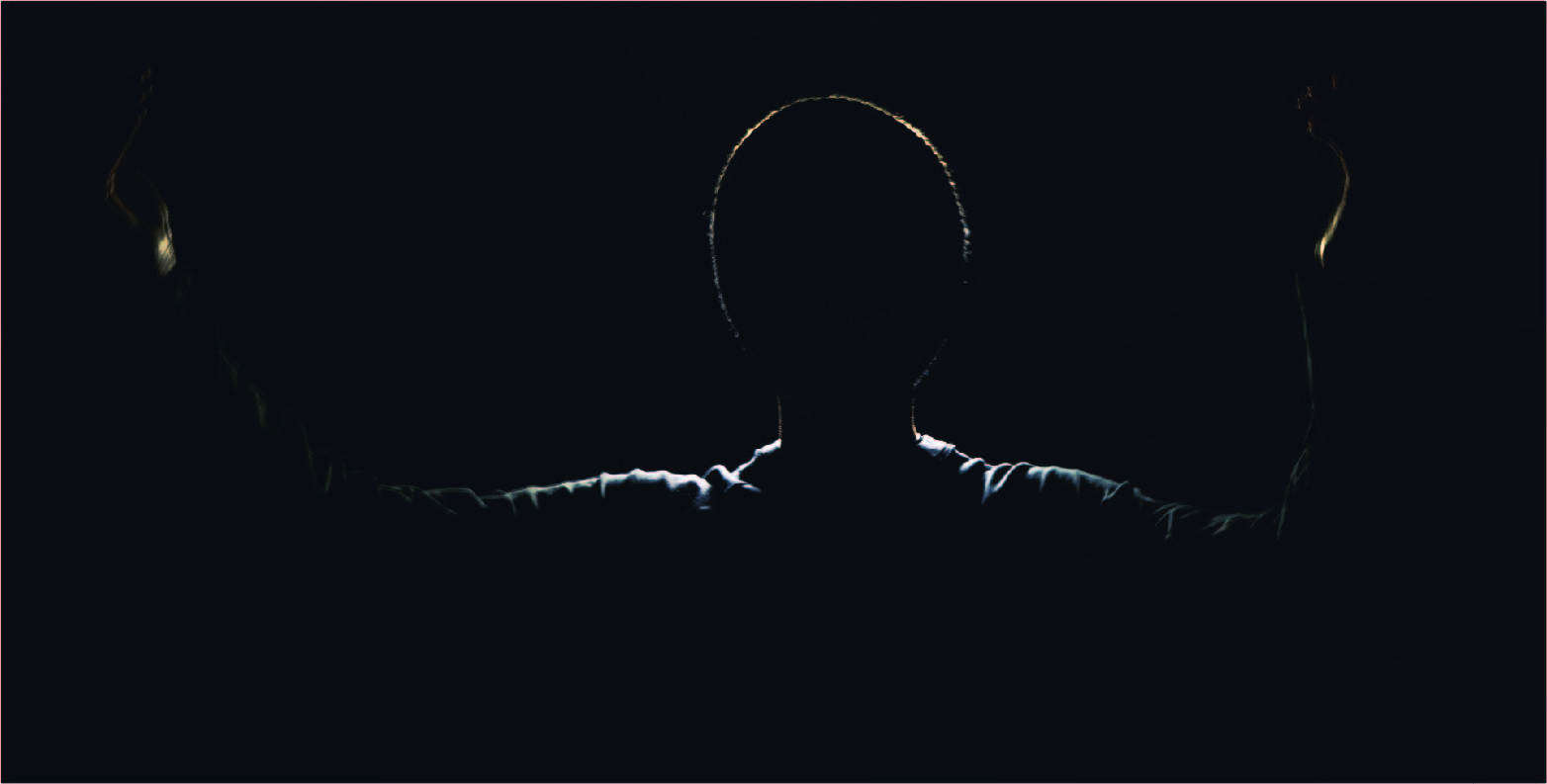 I have long been an enthusiastic theatre goer, and over the years along with Sara and countless friends I have seen many fine productions of Shakespeare’s Macbeth. The Scottish Tragedy must be amongst the most regularly produced plays in the Shakespeare cannon, and with its combination of a relatively straightforward story, bloody murders and supernatural beings has appeal to a wide range of audiences.

A few years ago with my colleague Anita I took a party of international students, including several Indians from the University of Northampton to a particularly gory and macabre staging of the play at the Globe Theatre in London. This rebuilt replica of a theatre in the style with which Shakespare would have been very familiar sits beside the Thames close to other arts venues including the Hayward Gallery and National Theatre. I had I thought, supported the students fairly well by telling them the story beforehand, but could not have prepared them for the graphic depiction of the battle field from which Macbeth emerges victorious at the start of the play.  An opening to this production of the play, which included bodies both alive and dead dripping blood and gore, many appearing amongst the audience, certainly grabbed attention. I also recall on another occasion a powerful performance of the lead role by Derek Jacobi with Christopher Ravenscroft playing Banquo at Stratford, a venue at which I saw a further rendition of the play more recently in the company of Sara, and my good friends Johnson from Kerala, Tina and Philip. Though I would rate a production at Leicester in which Bernard Hill played Macbeth and Julie Walters his queen as the finest I have seen to date.

This evening, accompanied by my good colleagues Mary and Johnson we attended a memorable performance by students of the play, in the outdoor auditorium at the Valley School outside the city of Bangalore. Invited by my long standing friend Satish Inamdar, at the end of a day’s teaching, we escaped the fumes of the city and exchanged these for some clean forest air. The journey was most certainly worthwhile and provided for a most pleasant evening.

A simple, almost empty stage was canopied by trees, simply lit and well used by a young enthusiastic cast. The character of Macbeth was played by three different boys during the play, with two girls assuming the role of Lady Macbeth. Lines were delivered with authority and confidence and the choreography of dance and fight scenes was excellent. A group of young musicians added to the atmosphere with true panache and an appreciative audience regularly demonstrated their enthusiasm with generous applause. However, the show was certainly stolen by three excellent young actresses playing the role of the cackling weird sisters. These three dark clad harridans gyrated and shrieked around the stage like terrifying banshees intent on terrifying all who dared to cross their paths. As dusk faded into night these three young performers became an ever more threatening presence.

The play lacked nothing in terms of enthusiasm, but this was surpassed by the scenes at the end of the evening. When the performance was over and the cast of more than thirty youngsters who had given everything to make the play a success, could be seen cheering and hugging each other as they celebrated the end of a period of hard work and dedication through rehearsals over a number of weeks. Their celebrations were well deserved.

As someone who is more used to seeing Shakespearean productions on a professional indoor stage, there was much of novelty in this evening’s performance. Early in the evening, before the light had fully faded, green parrots regularly crossed above the stage, their shrieking calls, adding to the atmosphere. Dogs chased amongst the audience, though never offering a threat to equal that of the witches on stage. As darkness intensified and a moon provided an eerie glow, all of the typical calls of an Indian forest night surrounded the arena, and as Birnam Wood marched on Dunsinane, one sensed that the wildlife was moving with it.

Shakespeare provides challenges to the most accomplished thespians, and the ambition of these young actors and their teachers in taking on Macbeth was bold. However, the performance demonstrated what can be achieved when teachers and students join together with enthusiasm to tackle a classic work of art. I have seen numerous productions of this play, both professional and amateur over many years. The atmosphere and enthusiasm in evidence at The Valley tonight will ensure that this is one that stays in my memory, just as it will have enriched every one of the young cast.

Why don’t these voices reach a wider audience?

I have many friends in the UK and other parts of Europe who are involved in theatre, either as writers, performers or regular audience members. Many are knowledgeable about the long standing European theatre traditions built around writers such as Shakespeare, Moliere, Ibsen and Chekov and equally passionate about present day playwrights such as Pinter, Stoppard, Miller and Zeller. I am therefore curious about why, so little is known, even by my most educated friends, about Indian theatre.

When the subject is raised the one name that invariably comes up in discussion is that of Tagore, whose plays, most notably “The Post Office” receive the occasional performance in UK theatres or on radio. Why, I wonder do well respected writers such as Asif Currimbhoy, Girish Karnad and Badal Sircar receive so little attention beyond the borders of India? Other international and non-European dramatists such as Wole Solyinka, Athol Fugard, Ariel Dorfman and Manuel Puig have been produced to critical acclaim in the UK and elsewhere in Europe but Indian writers continue to be largely overlooked.

This seems to me to be a strange situation. After all there are many Indian novelists such as R.K. Narayan, Khushwant Singh, Amitav Ghosh, and Arundhati Roy whose works are well known in the UK and are read by an appreciative audience. If these excellent writers can hold the attention in my country why do Indian dramatists remain largely obscure?

This oversight was at the forefront of my mind as I was bouncing along the road from Whitefields to Jayanagar in an autorickshaw this evening following an excellent production of Poile Sengupta’s poignant and amusing play “Alipha” directed by Arundhati Raja at the Jagriti Theatre. This play passionately performed by two talented actors Anirudh Acharya and Kavya Srinivasan carries the kind of messages which I feel sure would resonate with audiences at home. Furthermore as a writer for both adults and children Poile Sengupta has a great deal to say and a voice that should be heard. It is sad indeed that tonight’s performance was the first opportunity I have had to see a performance of this fine writer’s work, having previously known of her only through a children’s volume, “The Puffin Treasury of Modern Indian Stories”, which lurks somewhere on my bookshelves at home.

This was my first visit to Jagriti and entailed a battle through the Bangalore traffic which remains to this day a daunting prospect. Such journeys are not undertaken lightly and contemplation of such a circumnavigation of the streets often leads to a decision to stay put. I therefore gave the prospect of a lengthy trip to Whitefields some thought before deciding that I would venture out into the maelstrom that is the Bangalore road network. Having made the effort this decision turns out to have been well justified. If the quality of performance witnessed this evening is typical of that on offer from Jagriti, then I will not think twice in future about making this journey across the city.

In Jagriti theatre the people of Bangalore have a gem to be treasured. This evening’s theatre experience was both memorable and profound. If Alipha is typical of the quality of Poile Sengupta’s writing, then she surely deserves an audience beyond the boundaries of her nation.