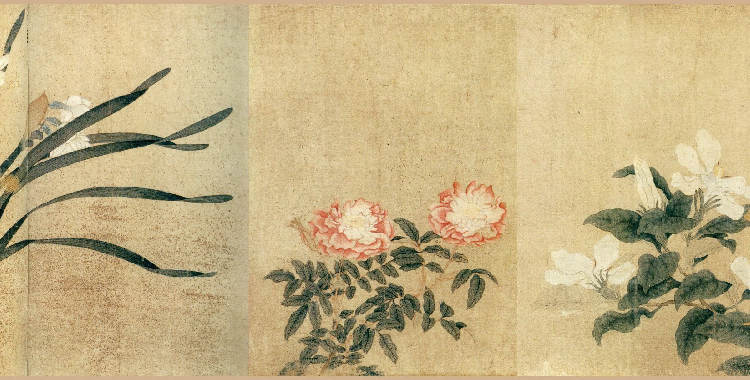 Classical Chinese poetry is traditional Chinese poetry written in Classical Chinese language and typically identified by traditional forms, or mannerisms prevalent during the day. This kind of poetry was  made popular especially by the Tang Dynasty which in turn helped in its advancement. There were various combinations of forms and genres that existed in such poetry, most of which were seen to belong to certain methods of writing that were largely prescribed by the experts. Post the Tang dynasty influence such classical poetry has seen more experimentation in genres and stylisation but attempts have been made since then at persevering the texts and classic style of such poetry .

While the popularity and development of the Classical Chinese poetry actively continued up until the May Fourth Movement, in 1919- in recent times, studies aimed at documentation, revival and preservation of such poetry has grown. Researchers and poets are discovering more and more levels of diversity used in classical Chinese classical poetry, leading to renewed interest in the reading of such poetry amongst contemporary poets and poetry lovers around the world.

Perhaps not unlike poetry found in other parts of the world, Classical Chinese poetry also had a beautiful relation with other forms of Chinese art.  In fact much of these poems were illustrated and highlighted along with Chinese painting and calligraphy which made it a multi dimensional presentation far ahead of time. It might also be noted that the simplicity and the picturesque imagery captured by the Chinese classical poetry seems to have had immense influence upon poetry  and the enhancement of Chinese art worldwide.

In this section we present a series of Chinese Classical poetry translated by Gary Young. The series brings forth not only the classical style but gives an insight into the life and times of an ancient civilization, the lost capital of Bin Zhou, the river Si, the cultivation of mulberry or rice and the effect of seasons on the moods of people. The poems are refreshingly simple and give scope and glimpses into a kind of life that is all but lost.

The four poems in this series were all written by poets from the Song Dynasty in China (and as such, are in the public domain). They are from a work-in-progress wherein we are translating a collection of ancient poetry taught in Chinese schools to aid the instruction of Mandarin and Chinese history. We believe that our translations will add to the appreciation of classical Chinese poetry, and that our collection will offer a glimpse into the cultural influence such poetry still exerts in both education and the culture at large.

On this bright, spring morning beside the River Si, everything is glorious.
The world has been renewed, and there’s no end to the beauty all around.
Even a fool could recognize this warm breeze as the face of spring,
And it would still be spring no matter the color of the flowers.

Writing on the Wall of an Inn in Lin’an

Green mountains all around, and so many buildings.
When will they ever stop singing and dancing around West Lake?
Everyone here is so drunk on the warm spring breeze,
They think they’re in Bianzhou, the lost capital, not here in Hangzhou.

Perhaps he’s afraid my wooden shoes will damage the moss.
I knocked on the door, but the door never opened.
It’s impossible to wall in the beauty of spring,
An apricot branch draped in red blossoms has crept over the wall.

April in the Countryside

The mountains are green, the wetlands white with the reflection of the sky.
The cry of the cuckoos can be heard through the mist.
In April, there are few idle hands in the village.
Finished with silkworm and mulberry, it’s time now to plant rice.

Translated by Gary Young in association with Yanwen Xu

Gary Young teaches creative writing, and directs the Cowell Press at UC Santa Cruz. He has received many awards, including fellowships from NEA and NEH, the Shelley Memorial Award, and the William Carlos Williams Award. Gary is the author of several volumes of poetry, anthologies, and textbooks, including Even So: New and Selected Poems, which was published by White Pine Press. White Pine just releasee Precious Mirror, a book of his translations from the Japanese, and a new book of poems, That's What I Thought, was just published by Persea Books.
Gary's co-translator on these Chinese poems, Yanwen Xu, was born in Xuzhou, China, but he now studies and writes at UC Santa Cruz.