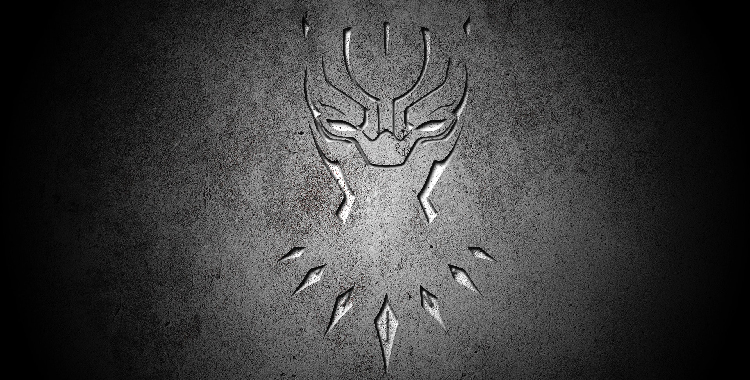 TGV is the newer of Miri’s two movie theaters. Past the vendors selling durian and rambutan in the tamu, the stall keepers offering nasi lemak and Sarawak laksa, and the tiny oases of jungle speckled near the city’s center leads one to a towering shopping center. From there, four escalators to the top of Imperial Mall on a Wednesday will grant you a movie ticket at the equivalent of 2 USD. The theaters are ideal for a sticky, tropical workday afternoon, with blasting air-con and long rows of freshly upholstered seats. Unfortunately, there is no butter popcorn – only caramel and cheese – and the candy is two times the price of the discounted ticket. However, with some forethought, one can surreptitiously slip a pack of Skittles and bubble milk tea by the hawk-eyed ticket holders.

In the weeks following the long-awaited release of Black Panther, I was living and working as a schoolteacher in Malaysia, on the island of Borneo. I’d made a habit of attending a movie at TGV every Wednesday. It had become a place of refuge and rest after a day of teaching (otherwise known as eight hours straight of sweating, yelling, and laughing). The film’s overwhelming success had arrived to me in a flood of celebratory social media content from people back home in the States. I was anxious to join in the celebrations of black power, womanhood, and so much else, standing indomitable amidst the decades of racially homogenous Marvel films.

To echo the sentiments of so many around the world, on February 15th, I sat with tears streaming down my face as the end credits rolled, expectations far exceeded. This movie was everything I, and so many others, have spent our lives searching for on Hollywood screens. These faces of love, strength, pride, and heroism cast across the screen, proudly wearing their melanin and fighting in the name of justice. My empty Skittles packet emptied and stuffed inside a plastic cup of boba tea, I sighed contently and exited the theater into Wednesday’s damp evening.

However, it was when I arrived at school the next day, and the next, and months later still, that I realized the true power this movie had had on the world. For it isn’t just the West, with its tortured racial history and deeply brutal present, that has been affected by this film. The influence of this movie reached the bright, vivacious minds of my Malaysian secondary school students.

When I stepped onto school grounds the next day, I was greeted with resounding exclamations of “Wakanda Forever!” and pleas for selfies with arms crossed in a marker of the nation’s strength. From that day on, any classroom activity that involved dividing into teams contained a heated discussion over which team could have the name “Wakanda Forever”. That phrase continued to echo through the halls for the rest of the year, gaining renown in every classroom, from the lowest level English speaking form 1 students to the highest level form 5 students. In order to witness Black Panther, these students had bargained with their parents, saved funds for months, or eagerly listened to every detail spilled by their peers lucky enough to see the film. I watched as one of my youngest, smallest students imitated T’Challa’s terrific warrior stance in before an enraptured group of her friends, proclaiming that the kingdom of Wakanda would never be conquered by an outsider.

This film is not only a testament to black power and art and to the rich diversity of the multitude of nations in Africa; it is a witness to the struggle of any member of a community whose worth and autonomy has been challenged by an outside force. The film takes place in the sovereign nation of Wakanda, a fictional nationstate so shrewd and blessed that it has remained in isolation for centuries and evolved to become one of the most technologically and societally advanced countries in the world. This sustained isolation is key, as Wakanda is positioned in a region that was once ravaged by colonialism, at the hands of the British, French, Belgians, and many more. This historical trauma is represented in its absence in Wakanda. Wakandan society has been allowed to reach excellence without oppression perpetrated by gluttonous outside forces. History has showed us that many colonized nations have not had the same opportunities and liberties.

Malaysia, first colonized by the Portuguese and then later by the British, bears the same perpetuating contusions as many formally colonized nations – the societally rampant colorism, global economic barriers, ethno-political inequity, to name a few. As a daughter of a formally colonized nation and having spent time living in several before, I am familiar with the cycles of inherited trauma, grief, and loss ever-present due to the crimes committed by European colonizers. That is why the student’s joy and celebration of Black Panther is so important. These students have grown up immersed in the dominance of Western culture. They worship superheroes with equal zeal to young ones in America and beyond. Many long for the fair hair, blue eyes, and petite frames of those they see on their screens. Not a skin cream can be found in a Malaysian beauty store absent of arbutin, or another bleaching agent. Their expectation of white glory results in disparaged sighs in bathroom mirrors, skin-inspired bullying in the canteen, and annual birthday wishes for the pale skin of Taylor Swift and Shawn Mendes. The simple fact that they were able to celebrate a film that unapologetically celebrated dark skin, diverse cultures, and the continent of Africa, is revolutionary.

Superheroes are synonymous with admiration. As I sat back in TGV those Wednesdays and watched the hundreds of warring heroes in the Avenger movies, I held witness to a ubiquitous cultural mythos. Stemming from folklore as old as human time, Marvel documents the imagined lives of cultural behemoths contrived to be idols for our youngest generations to worship. T’Challa, Shuri, and Okeye leapt into the imaginations of the vivacious minds of 1039 students in a secondary school on the Northwest coast of Borneo, furthering a conception of the world as richer than the white washed images they are too often given.

“Wakanda forever” rings salient as a cultural battle cry of relief and hope for all the beings and forces we see rarely see depicted on screen.

Denali Sai Nalamalapu is an Indian American writer, artist, traveler, and environmentalist. She is a Fulbright Scholar who recently returned from her grant year in Miri, Malaysia on the island of Borneo. She is originally from the northeast coast of the United States of America and the southeast coast of India. She is deeply interested in the interconnectedness of art, loss, and hope in a postcolonial landscape, as well as the continued journey to understand and combat anthropogenic climate change.