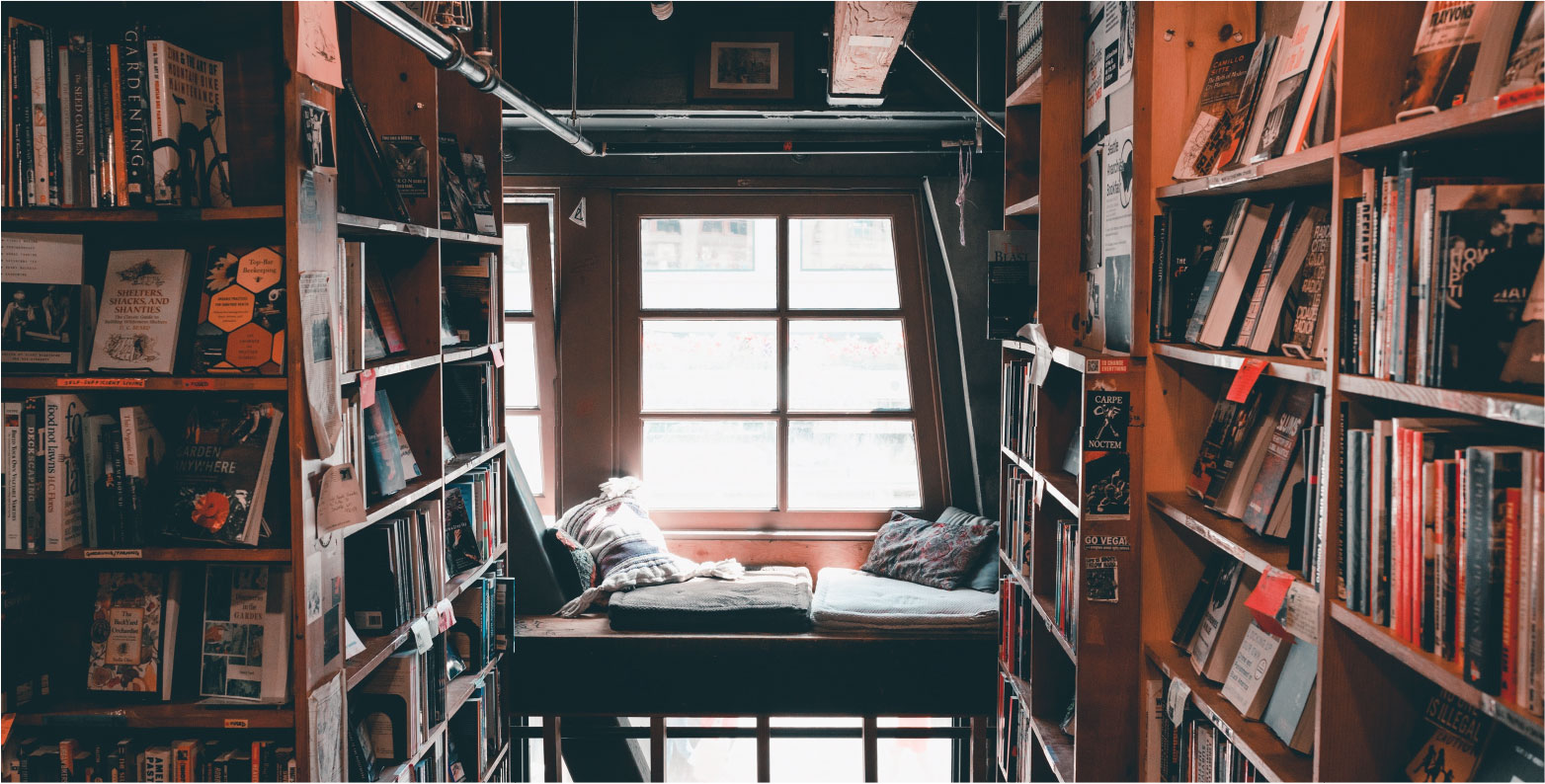 II dislike shopping. That is, I am intolerant of the endless mind-numbing browsing of groaning shelves and sagging racks of items that I can live quite happily without, and which can succeed in holding my interest for no more than a few seconds. Friends and family are acutely aware of my aversion to a pastime that apparently some claim to find therapeutic, (if this kind of therapy is really needed, I suggest that more drastic psychiatric interventions might prove beneficial) and have accepted defeat in their efforts to drag me through the doors of various department stores or other retail outlets.

I fully accept that my attitude to pastimes of the retail variety may be perverse, and like many who exhibit such finely defined phobias, I am happy to confess that there is one great exception to this personal odium. Whilst it takes considerable efforts by wild horses to drag me kicking and screaming into the average supermarket or bon marché, I am always delighted to pass an hour or two in a good bookshop. Sadly in this digital age of on-line purchasing, these have become an endangered species, though a few determined independent booksellers do continue to offer a first class service to the discerning bibliophile. Such defenders of the faith take pride in feeding the habits of the avid book collector and reader, ensuring that their greatly respected wares are sold only to those most likely to afford them the comfort of a well-ordered bookshelf in a good home. Long may they thrive!

In England as elsewhere, the ease of ordering books on-line, which are then delivered with great efficiency to the reader’s front door, has sadly become the main assassin of a good number of independent bookshops. I can fully appreciate why this has happened, and when one compares the prices at which books are available from the larger on-line stores with those of most bookshops, it is easy to see how they have come to dominate. But I would still make a case for the need for good independent bookshops run by knowledgeable booksellers, who have a passion for the printed word and a desire to interact at a personal level with their customers.

Near to where I live, whilst a significant number of well-loved bookshops have disappeared in recent years – I still miss Paddy Fox and her welcoming smile in the bookshop in Brixworth; a few remain, and whilst clinging on with their finger nails, continue to offer an excellent service. Quinn’s in Market Harborough and the Courthouse bookshop in Oundle are survivors who have thus far escaped the executioner’s axe to which so many others have fallen victim.

The on-line retail phenomenon has not only struck at bookshops in the UK, but has had a similar effect in much of the world, including India. In the many years that I have been visiting Bangalore I have seen a number of first rate book sellers disappear, and they are greatly missed. I recall the excellent service provided by Strand Book Shop who in 2000 shipped a dozen books for me from Bangalore to England. They arrived three months after being ordered, beautifully wrapped and stitched in sail cloth and having been read are now safely nestled alongside others on the shelves in my study, regularly taken down for reference, or simply to strengthen and renew acquaintance. I was greatly saddened a few years ago when seeking out this professionally managed emporium to find it replaced by an outlet selling… well I’ve no idea what it was selling, why would I have ever bothered to have entered the doors?

Gangaram’s Book Bureau in Sivanchetti Gardens just off Mahatma Gandhi Road continues to have a good selection, though it lacks the personality that would make it a more welcoming establishment. However, one wonderful store attracts me like iron filings to a magnet whenever I am in Bangalore and is the epitome of what I regard as the perfect bookshop. Nagasri Book House hidden away in the corner of a bustling indoor market near the bus station in Jayanagar  is a haven in which several hours can be constructively passed. Here one can find dedicated guardians of the merest opuscule and the greatest magnum opus, each treated with respect and handled with due reverence.

Nagasrei, run by two knowledgeable and enthusiastic gentlemen who are delighted to discuss books, authors and publishers for as long as you have time available, can be no more than twelve feet deep and ten wide, yet it is a veritable cornucopia of riches. Books are stacked from floor to a fifteen-foot ceiling, with two narrow passages between, in which at most half a dozen customers can safely graze at any one time. There is a haphazard order to the place (if you think that to be a contradiction of terms, you are probably not a devoted bookshop browser), which once you crack the code, reveals treasures unbounded. Within each towering stack can be found well esteemed classics, shoulder to shoulder with obscure scholarly disquisitions, long established authoritative treatises and brief trifles of local trivia, each comfortable between its own covers and alongside total strangers. Within this Aladdin’s cave, fingering through columns of rainbow coloured spines is to explore new worlds and old in anticipation of reminders of the past and unexpected discoveries. Furthermore, if fatigued after a day’s work you are unable to locate exactly what is sought, I can guarantee that the expert Mr Prakash, proprietor of this nirvana will put his hands almost instantly upon the volume required.

Having visited this site of pilgrimage at least three times a year for the past few years I know that on each arrival Mr Prakash will have already identified a number of titles which he believes may be of interest. Like all good book lovers he makes suggestions and offers critical comments, but never has he attempted to sell to me something which would not hold my interest and he never complains when I reject his wares having already acquired copies elsewhere or simply because other books are of more interest. His strategy is a sensible one as I estimate that at least a hundred of the several thousand books on my shelves originated from Nagasri.

My study at home now possesses many  tomes discovered in the Nagasri treasure house which I am sure I would never have found in my local Northamptonshire bookshops, including several by my favourite Bangalore resident writer Ramachandra Guha, (himself a customer of Nagasri ) along with works of Indian history, poetry, art, philosophy and literature with which I was previously unfamiliar, and which few local bookshops in England would find it in their interest to stock. The shop – nay, this is far too trivial a term – this oasis amidst the desert wastes of Bangalore, has become an abode of peace and safety amongst the non-stop blur of motion that is Jayanagar. I am therefore not surprised when I find that it is held in the affection of book loving Bangalorian acquaintances who praise both its stock and the service of its excellent proprietors.

Long may the independent bookshop flourish, with its distinctive smells and textures, its well laden shelves and its sage custodians of knowledge. Thank you to all who buck the trend and refuse to buckle beneath the digital age, which threatens to eradicate the sensuous pleasures of book browsing. And a particular cheer for Nagasri Book Shop and its dedicated managers.

See you on my next visit.