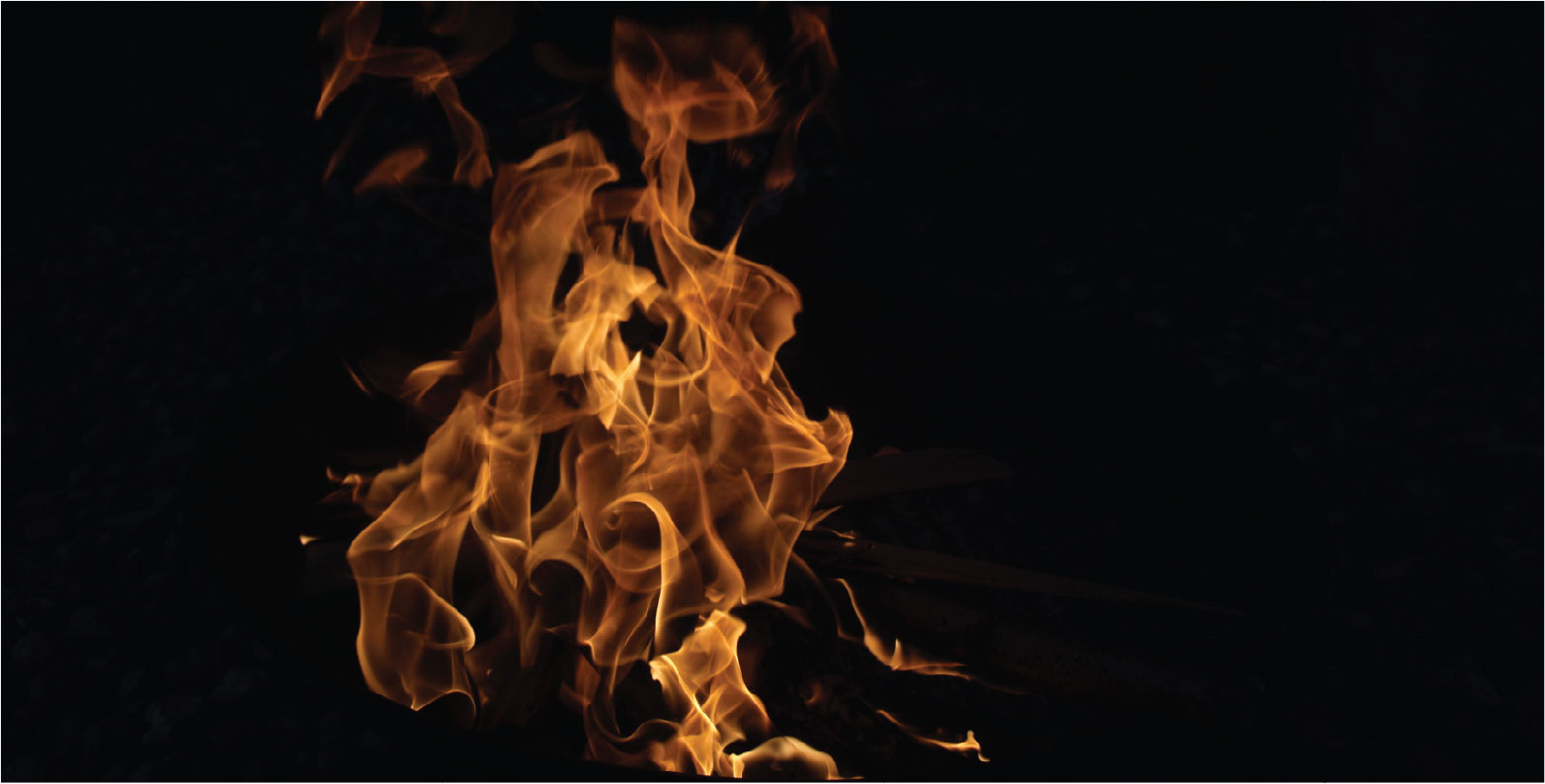 I thought about torching the place; finally, just burning the house, the barn, and the field to the ground. I longed to hear the wooden beams crumble to a hot crisp as the embers continued to chew at the knees of what was once a strong home. The past would no longer be anything but a sky of smoke, chilled with the dark clouds of regret. I would watch the flames engulf every painful memory that singed the corners of my heart.

I’d been close to the fire before, the one I wanted to make. I had the matches in my hand and the will in my mind, but I had no courage in my heart. I never had the courage, and now I’m worried I never will.

I’ve thought about getting someone to torch it for me. Pay them if I had to. I’d tell them to make it look like an accident. Then, all I would have to worry about is the shame of not doing it myself.

I thought about going down with it, letting the fire eat me too. I imagine it would be pleasurable at first, like someone nibbling my toes and pecking my neck. I would close my eyes and kneel, probably outstretch my arms like some saintly figure. Only at the point of acceptance would I feel the pain I deserve, maybe even want. The nibbling and pecking would become tearing and clawing, something I’d been expecting. I hope at that moment I discover the difference between pain and penance.

I’ve tried burning other things. I’ve burned photographs, letters, and figurines. After that, I tried liquor. That’s the only thing that keeps burning.

But as I stare at the emptiness of my old home, I realize it’s exactly that: empty. It’s a frame for all the destruction and madness that took place inside, never influencing or taking sides. It’s not like we were prisoners, even though that’s how I imagined it. Not once were we unable to open the door and walk out. The door was always there. And it’s still there.

I became a stranger to the blackened history, clinging to the unhinged shutters and chipped siding. I no longer was a part of the broken dreams dripping out of the attic window or the singsong melody trapped inside the laundry room. It’s like I dreamt that all the hate I ever felt flowed through the bowing clothesline, bounced off the falling shingles, and back into my clouded heart. It was an innocent cycle I created and never allowed myself to change.

But maybe, after all this time, I had gotten it all wrong. I’ve never choked on the words until now, but maybe home welcomed my excuses for not facing the fire.

I’ve never dropped a cigarette on a patch of the crisp grass. Not once did I let the flame of a burning candle kiss a silky, flowing curtain. I never needed to back then. I now felt silly for thinking I even had a chance to prove myself. I didn’t have any gasoline to pour over the uneven steps. I didn’t have a sad box of matches.

My home was fireproof. And so was I.

Beth Mader is a writer and editor for a small publishing company in the Texas Hill Country. She has a Bachelor’s Degree in English from Schreiner University. Aside from her passion for reading and writing, she loves horses and taking trail rides whenever she gets the chance.