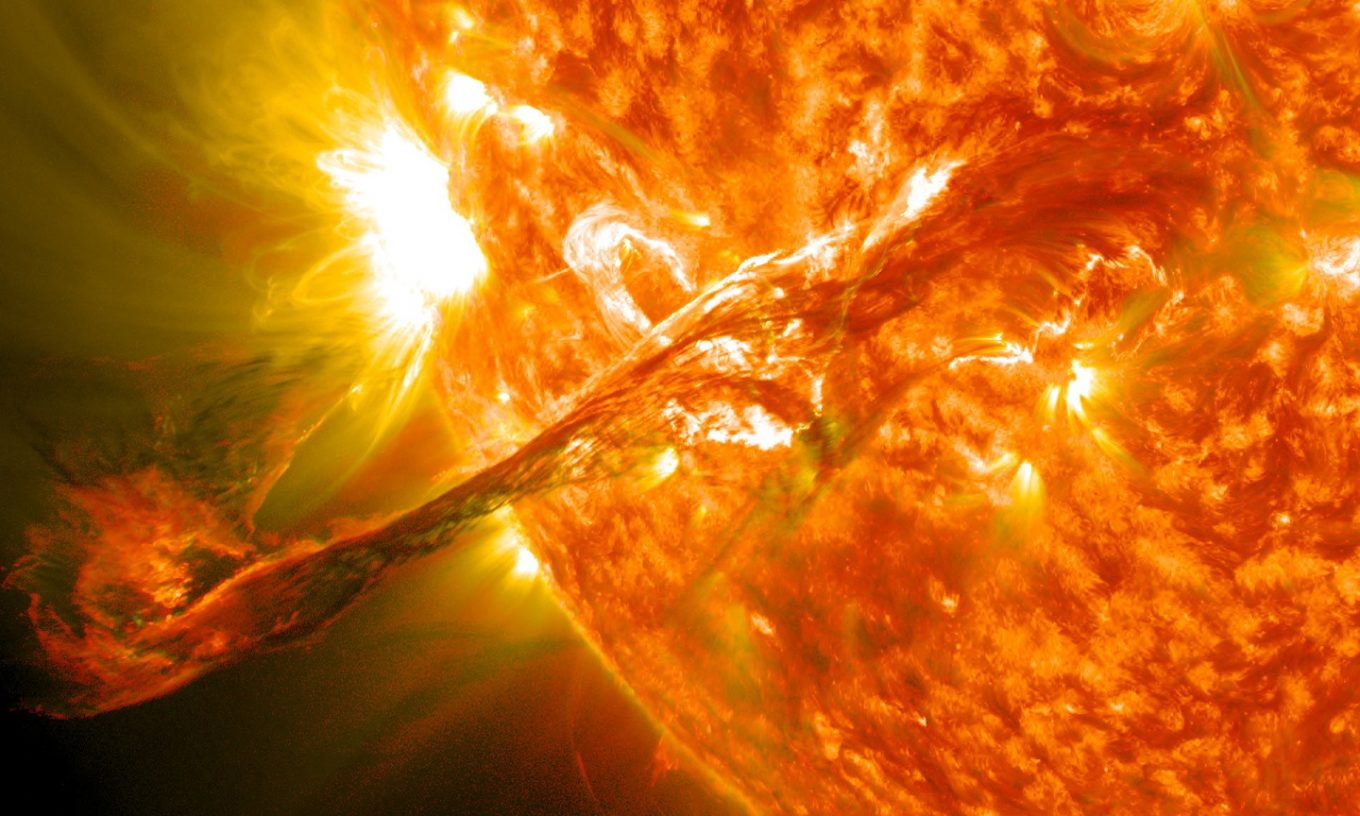 Some 5 or 6 or 7 billion years from now, the Sun will become a red giant star and will engulf the orbits of Mercury and Venus and probably the Earth. The earth then would be inside the Sun, and some of the problems that face us on this particular day will appear, by comparison, modest. On the other hand, since it is 5,000 or more million years away, it is not our most pressing problem.  But it is something to bear in mind. It has theological implications.

under this same sun:

you who have shined your holy eye
through ancient apertures:

how we worship you
how we adore you
generous sun:

star of our existence

d. ellis phelps, poet, artist, editor is the author of three poetry collections and one novel. Her poetry, art, and essays have been published widely. She is the founding and managing editor of fws: an international journal of literature and art. She has edited more than a dozen anthologies and has taught fine art, including creative writing, to learners of all ages for decades. She is honored to receive a 2021 Pushcart nomination.