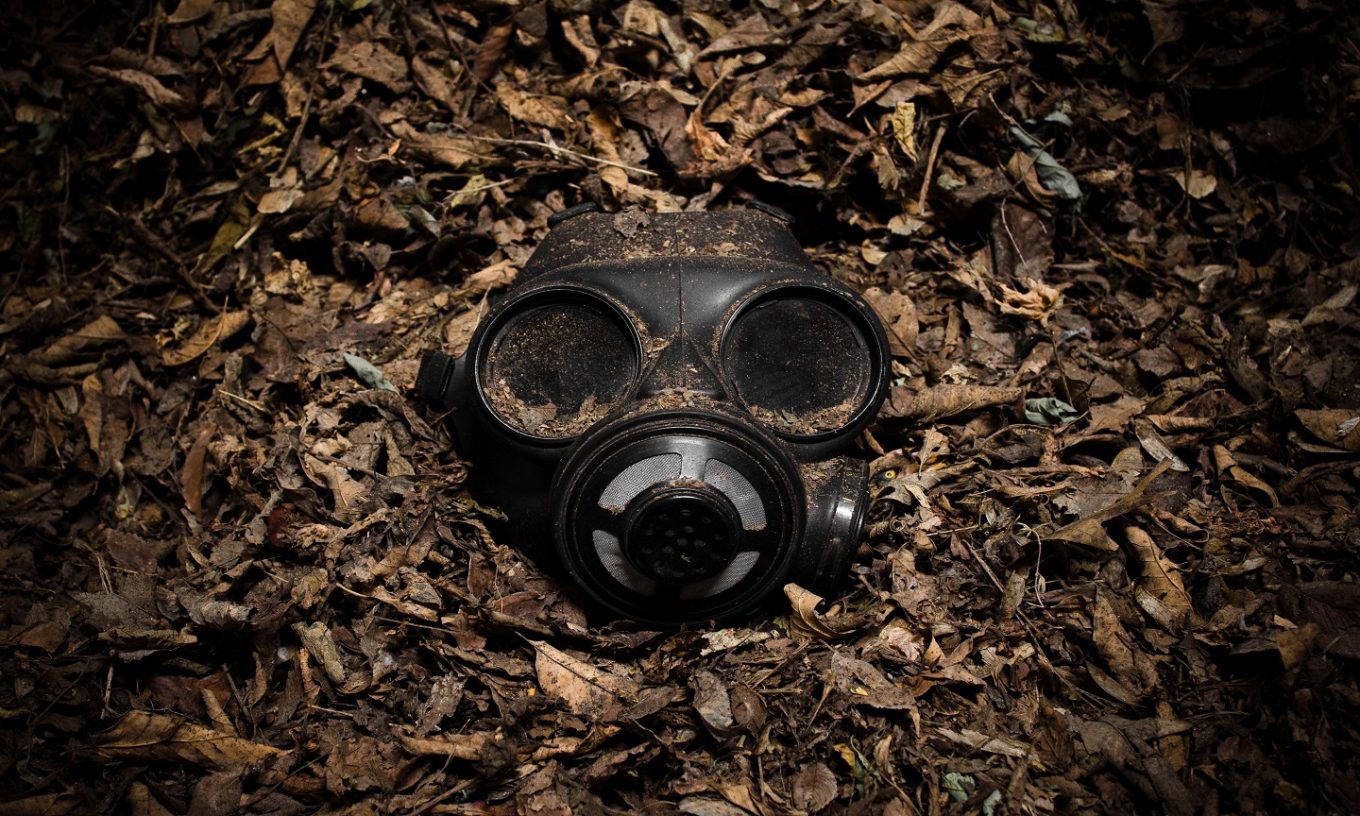 In Conversation with Oksana Zabuzhko’s “One Hundred Years of Solitude, or the Importance of a Story” and Olesya Khromeychuk’s A Loss

In her essay “One Hundred Years of Solitude, or the Importance of a Story,” famed Ukrainian writer Oksana Zabuzhko writes, “Today’s Ukrainian literature is struggling to put into words the most burning human material possible: the reality of war.” Since the annexation of Crimea and the separatist-led violence in Eastern Ukraine in 2014, Ukrainian writers have been working tirelessly to not only process their own individual emotions about the war but also the nation’s collective experience. Doing so for a Western audience is even more difficult, considering that, as Zabuzhko states in the same essay, “When history’s lessons are overlooked, it sends its careless students back to the classroom to retake the exams they once failed.” As Western politicians, economists, and social commentators toss Ukraine around as though it is a game piece on a chessboard, the story of those fighting the war in Ukraine, as well as how their experiences affect their families, becomes imperative, particularly for the majority of American audiences who cannot identify Ukraine on a map, let alone understand the nuances and historical complexities of Ukrainian identity. Zabuzhko concludes her famous essay by stating, “It looks as if, rediscovering their identity in the war of independence, Ukrainians have finally discovered how much they have to tell the world.”

While first-hand accounts like Artem Chekh’s diary-based Absolute Zero (Glagoslav Publications 2020) bring the soldier’s experiences to the forefront, Olesya Khromeychuk’s A Loss: The Story of a Dead Soldier Told by His Sister paints for readers a portrait of a family torn apart by a type of grief time cannot assuage, and an ongoing battle the world doesn’t recognize.

In the initial essay in A Loss titled “Theory and Practice of War, Part I,” Khromeychuk invites readers into her academic world: one of statistics and oral testimonies, photographs and archival objects. What Khromeychuk also shares is that once the war in eastern Ukraine began she could not “think of political violence as an object of research.” Though Ukraine remained (and still does) “a safe distance to most west Europeans,” for Khromeychuk, the vocabulary–words like “shelling, bombing, captivity, casualties, war crimes” – typically associated with her academic work now became associated with the country closest to her heart. Khromeychuk details seeing friends and relatives go to the front line, and as those friends and relatives received draft notices, cities like London saw an influx of Ukrainian immigrants, mostly young men, attempting to escape the draft. After all, Khromeychuk writes, “No one wants to die, for one’s country or otherwise.” Khromeychuk’s brother Volodya, however, decides to take a different path. Rather than wait for the draft, he joins voluntarily. Readers are privy to Khromeychuk’s anger, how as a sister, she could not believe her brother’s choice, and yet she finds herself fully engrossed by one purpose: supplying her brother with everything he might need at the front, so much so that she wonders after spotting her brother in a news report, “As I looked at my brother, so unfamiliar in his uniform, I wondered whether I knew the items I had bought for him better than I knew him.”

The book takes a gripping turn in the essay “A Facebook Message.” In it, Khromeychuk reflects, “When someone joins the army and goes to the front, their potential death becomes a very real prospect. Yet there is nothing natural, nothing normal, about death in a war.” Here, Khromeychuk carefully details a use for social media that the majority of people cannot fathom – a person from a government office using Facebook to contact a relative about a loved one’s death. Khromeychuk receives messages from the Ukrainian Ministry of Foreign Affairs: “One day, I received a Facebook message from someone I didn’t know, saying ‘forgive my strange question, but we are looking for this person living in the UK’– followed by my mother’s name and details –‘Don’t suppose she’s your relative?’” The pace picks up,  scenes melting into each other, depicting Khromeychuk calling each of her parents, dissolving into tears on public transport. The swift pace reinforces for readers the chaos of initial grief, where one day unknowingly unfolds into another.

Nonetheless, A Loss is not only an intimate look at grief and war. As Russian information reignites anti-Ukrainian sentiment particularly in Europe – some of which dates back to the end of World War II and some of which, specifically in Russia, is even more historical – Ukrainians emigrating to other European countries continue to face limited opportunities. Khromeychuk’s book carefully examines the topic of immigration, first in its discussion of passports in “The Funeral, Part II.” Khromeychuk asserts that one’s passport is synonymous with one’s identity and a constant reminder of one’s homeland.  She also details how one learns to identify others and their passports by customs officer’s reactions:

If they smile, the passport holder must be from the EU or other ‘civilized states’; if they
frown and turn the pages as if looking for some secret information, the passport
holder is probably ‘one of us,’ one of the special ones from one of those poor,
suspicious countries, with a passport that can be more of a hindrance than a help
when traveling the world.

Centering the book’s immigration discussion is a keen examination of why immigrants return to their homeland. Khromeychuk provides a unique observation, one that has nothing to do with patriotism, which Western readers may find shocking. Khromeychuk highlights that many immigrants move abroad and struggle to find decent work, and eventually, they return to their homeland simply because opportunities are not available to them.

Another highlight of Khromeychuk’s book is its focus on the role of women in Ukrainian families, society, and the current war. Ukraine’s historical patriarchal tendencies and culture tend to overshadow the female experience, yet in Ukrainian households, it is primarily women who pass traditions from generation to generation; in many families, especially in regions like Donetsk where, after the mines closed, the men could not or would not work, women became the sole providers for their households. Readers see Khromeychuk and her mother handling Volodya’s affairs and struggling through bureaucratic messes, and they see the mother and daughter sharing their grief and also processing it individually. However, another side exists to the female experience in A Loss, that of women like Masha. Masha is another face of the current war in Ukraine. A former Maidan protester, Masha is a volunteer at the forefront of helping servicemen and servicewomen on the front as well as the families of those servicemen and servicewomen killed on the battlefield. She engages in providing resources for soldiers recovering in hospitals. A skilled networker, Masha knows who to contact when a family or a soldier is in need, but more significantly, Masha is a skilled drone operator, who uses her technological skills to not only fly drones at the front but provide free training courses for others.

Masha’s appearance in the book is significant because her story is only a small part of the Ukrainian female experience, yet it resonates profoundly with documentaries like Invisible Battalion and reopens highly controversial conversations about female combat roles. According to Khromeychuk, “Because of restrictions in the recruitment law, the majority of army positions–and not only combat ones–were inaccessible to women.” This resulted in female snipers being registered as administrators and even seamstresses.  Readers may also infer Khromeychuk’s criticism of the state’s treatment of female soldiers as a criticism of the overall patriarchal institution creating the laws that forced women to serve “in the shadows,” so to speak: “The state, again, was happy to use people’s willingness to risk their lives at no cost to its budget.” This criticism adds yet another major layer to the book and provokes yet another taboo conversation for Western readers – the literal and figurative cost of defending one’s homeland.

In “Ignoble Pain,” Khromeychuk highlights how the wages of war can change an entire nation’s perspective about death. She observes that society teaches people “to value certain types of death and despise or fear other types.” As Western European and American cultures make strides in regards to a “death-positive” movement that hopes to reshape societal thinking about the meaning of death, Khromeychuk’s observations provide a different layer to that conversation. She notes, “A sister’s grief, however, is not commensurate with societal acceptance of her sibling’s death.” Nor can any Western, predominantly underground, social media-driven movement capture the magnitude of death’s impact in a war-torn country.

This commentary about wages of war continues in “Theory and Practice of War, Part II.” Here, Khromeychuk observes that as an academic, when she teaches classes on the cost of war, she encourages students “to think of the people behind the numbers in their textbooks.” She emphasizes “it is individuals who die in wars, ethnic cleansings, and genocides; it is actual living breathing people who become casualties of war.” The loss is incalculable: “Each loss is the loss of a real person, and each individual loss means some family’s world being shattered.” Once a family experiences combat-related grief, they are unable to perceive their loved one as just another number among the casualties. According to the Ukrainian government, as of 13 May 2021, 14,000 people have been killed in the war in Donbas.

In her essay “One Hundred Years of Solitude, or the Importance of a Story,” Oksana Zabuzhko boldly declares, “there is simply no room for Ukraine’s story in the Western narrative as long as “ ‘The Soviet Story’ (to use the title of Edvins Snore’s famous film) goes unrevised.” Changing an entire narrative, as many countries, marginalized individuals, and indigenous communities know, can take centuries, and changing the Western narrative regarding Ukraine is no different, especially as prominent, mainstream outlets such as Saturday Night Live continue to make a mockery of Russia’s aggression towards Ukraine. However, books like A Loss, which appear in English and are easily accessible to Western audiences, have the capacity to become a catalyst for that needed change, and in writers like Olesya Khromeychuk, native Ukrainians and members of the Ukrainian diaspora have found a new generation of literary heroine.

Khromeychuk, Olesya. A Loss: The Story of a Dead Soldier Told by His Sister. Ibidem Press. 2021.

Zabuzhko, Oksana. “One Hundred Years of Solitude, or the Importance of a Story.” Selected Poems of Oksana Zabuzhko. Arrowsmith Press. 2020. pp. 43-46.

Nicole Yurcaba (Ukrainian: Нікола Юрцаба) is a Ukrainian American poet and essayist. Her poems and essays have appeared in The Atlanta Review, The Lindenwood Review, Whiskey Island, Raven Chronicles, West Trade Review, Appalachian Heritage, North of Oxford, and many other online and print journals. Nicole holds an MFA in Writing from Lindenwood University. Nicole teaches poetry workshops for Southern New Hampshire University and works as a career counselor for Blue Ridge Community College. She is a guest book reviewer for Sage Cigarettes, Tupelo Quarterly, Colorado Review, and The Southern Review of Books.