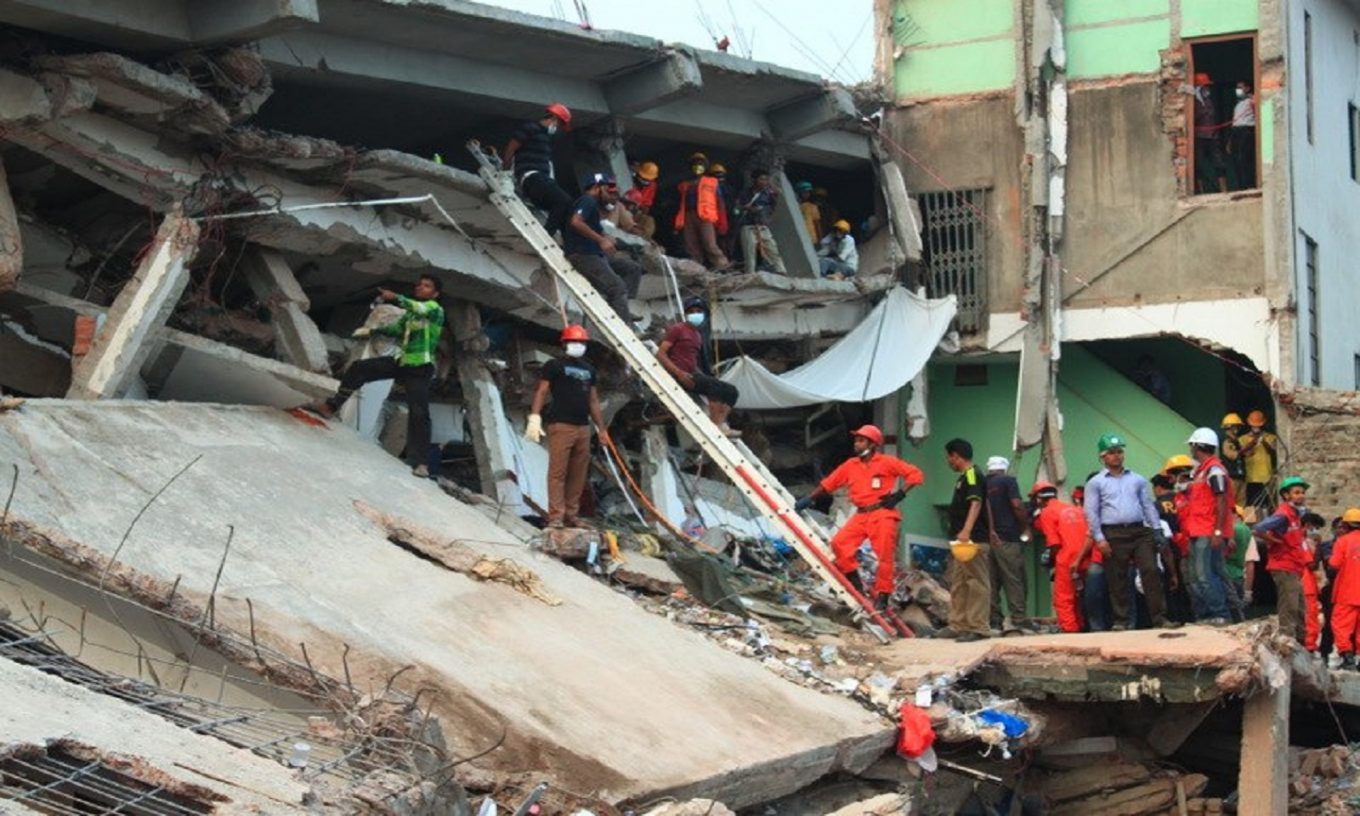 On my mother’s side, I come from a Jewish family that immigrated from what is now Belarus to the U.S. at the beginning of the 20th century. Poor, non-English speaking, and barely educated, my grandmother and her three sisters found work in New York City sweatshops and garment factories, some of the only jobs available to them. When I was a child, my mother told me stories about the terrible pay, verbal and physical abuse, and substandard working conditions in garment sweatshops and factories at that time, particularly the story of the Triangle Shirtwaist Factory fire of 1911, a tragedy that stemmed from the factory’s horrific working conditions, the owners’ lack of accountability and anti-union stance.

When I read about the Rana Plaza collapse in 2013, I took the news personally. I grew up with images of the blazing Triangle building and the deaths of 146 workers, most of whom were young immigrant women just like my grandma and great aunts — it was not a great leap to connect what happened in Bangladesh to the Triangle fire, my grandmother and her sisters. I asked the question: “How could an industry that served as a pathway for my family to not only survive but become part of the American middle class change so little — or even go backwards?”

That question led me to undertake a research trip to Bangladesh, during which I interviewed a number of survivors of Rana Plaza, labor rights activists and lawyers, and women who sewed in Bangladeshi factories. I’ve been telling their stories and researching the stories of other garment workers, as well as the industry itself, ever since. The more I learn, the more I believe that I need do my part, small as it is, as a consumer, educator and writer, to help push for changes in the garment industry, changes that support and sustain the people who make our clothes.

Today: The Triangle Fire is close to my heart, admits Kalpona Akter,
self-titled Shadow for Bangladesh Workers’ Unions, she of arrests, a jail-term,

shareholders meetings at Walmart’s headquarters pleading the needfor safe factories.
When I was a girl in the factory, teen in Bangladesh sewing elbow to elbow

inside the locked production floor, it could have been the same for me —
if she had worked in New York City, 1909.

thugs or billy clubs, girl organizing the guys
to strike for fair pay, freedom in a major key

melody as easy to learn as “A, B, C,
the Alphabet Song,” or the chorus of “Dayenu:

It Would Have Been Enough,”
a song we sang together

in the early 1970s, when I was a kid,
especially during shopping trips

to the Lower East Side, in between stops
at Orchard Street’s cramped stalls

of bargain apparel, our duet accompanied
by the thump and whir of Singer machines

driven by ghosts stitching their shadows
into my elastic brain.

The International Accord for Health and Safety in the Garment and Textile Industry is the 2021 version—and expansion— of the Bangladesh Accord on Fire and Building Safety, a legally-binding agreement between international garment brands and global trade unions, first signed in 2013 to make ready-made garment factories safe after the Rana Plaza collapse killed 1,134 Bangladeshi garment workers. The garment brands that have signed the International Accord commit to independent health and safety related programs in Bangladesh, programs based on the successful past Accord agreements, and new feasibility studies. Target U.S.A., headquartered in Minneapolis, Minnesota, has never signed the Accord.

The top floors
of Target Corporation
World headquarters
display stripes of colored
light every night
in the city where
I live.
Lavender, violet,
blue, silver,
glow the evening sky
like a jackpot sign.
Dear Target,
here’s the message
I send back to you
in black letters,
blood background:
stop casting
a blind eye
to the safety of
the Bangladeshi
people who sew
apparel for you,
stop transforming
your supply chain
into a drain
whirling workers’ lives
through the red
bulls’ eye
inside your concentric
circle logo,
stop turning
garment workers’
bodies into
factory accident
targets.

“You’re not meeting
target production,”
the batch supervisor yelled.
He pushed me to the floor,
hit my breasts, kicked me.

From high-rise chinos in the corner:

I refused my manager’s
repeated requests for dates,
tried to file a harassment case.
The next day, I was fired.

The Garment Workers, Too, app
would play those voices back.

A Chorus from the trench coat display:

We enter the factory,
two separate lines:
young girls, elder women.
My supervisor says,
“Go and die at home.
Why come to work
if you are so old?”

Not Angelina, Gwyneth,
Ashley, voices
broadcast globally,
not the twenty-two
who publicly accused
the U.S. president,

not me, unable to stop
too intimate words asserted
by mentors, but not dependent
on their paychecks for survival.

From folds of Boys’
Flannel Hoodies,
Garment Workers, Too
would amplify the voices
of Bangladeshi women
too afraid to give
their names.

The manager throws heavy
bundles of papers and clothes at us,
especially during high stress
production times,
doesn’t leave marks
that could be used
as evidence.

I did not report rape.
I would be blamed,
shunned
by my family, co-workers.
What future would I have?

To every American
woman shopper,
Garment Workers, Too
would uncover
minds and bodies
made fair game
at work. Our own
muscle memories,
clogged by watching
our fathers
pummel our mothers,
hearing us branded
“Cow,” “Pig,”
or other barnyard beasts,
enduring men’s
protrusions exposed,
the flesh beneath our blouses,
skirts, dresses,
trousers, nicknamed,
propositioned,
jabbed, mashed,
_____________.

Our limbic systems know
that we, dressed in different
cultures, classes, wear
some of the scars
carried by the women
who make our clothes.

At least H&M, Walmart and GAP
signed Contracts to allow
the women in Bangladeshi factories
to testify.

I became pregnant;
they threatened dismissal.
I terminated my pregnancy.

After I went on maternity leave,
my contract was not renewed.

At least H&M, Walmart, GAP,
allow us access, but
how can we collude in

1. Step One
Looking through the convex-curved window by my desk, outside of which the street where I live appears bigger and further away, I follow the pattern of Covid-19 virus cells, varied as snowflakes, that flutter by to infect more and more people: neighbors’ sons, the carpenter working upstairs, friends, their partners and kids.

Though there’s a Covid reality, local garment factory owners have a huge number of ready-made-garment orders from the west. They’re pressuring workers with tremendous garment production targets. Workers can’t enjoy a single day off. Their wage, fixed three years ago, has become nearly impossible to survive on. Workers are still losing their jobs; they’re still struggling to be paid what they’re owed; they’re still fighting for health care. During one protest, a worker said, “We’re hungry. We don’t think about the corona virus. We want food and wages first.” Tomorrow we’ll hold another rally. Hope you will be with us.

3. Step Three
I read that American brands like Walmart and Target, who source their separates in Bangladesh, have been anxiously watching Covid corrode their supply chain: customers want different clothes; new styles cost triple the price to transport, ship too slowly; factory lockdowns stall production. Walmart and Target have cancelled orders and payments to Bangladesh factories; watched their pandemic profits soar nonetheless. Now they’re calling for near, on, re shoring. Why outsource to Asia when Mexico borders us? Better still, go back to Made in LA., N.Y.C., towns in-country.

4. Step Four
Family members roll their eyes on Zoom. “How can you ask us to think about garment workers? We’re in the middle of a pandemic.” To calm themselves, they crochet clover leaves, repurpose jeans, quilt blankets. I don’t blame them. I comb and spin flyaway snarls of fear to keep myself tethered to daylight.

5. Step Five
I craft my yarn of nerves into a planet-sized globe of thread the color of blood, attach my shaky thoughts, the nimble minds of my loved ones and any other American clothing brand customer, the brains of American fashion conglomerate C.E.O.s, and owners of Bangladesh garment factories to the red circuit connecting us inextricably to the needs of Bangladeshi garment makers to eat, work and care for their children and parents and spouses without begging. Whenever a garment worker goes hungry, we’ll all go hungry or feed each other, not as far shore, on or near shore neighbors; we will cohabitate a living, breathing shore of shared safety.

Alison Morse is the author of the limited-edition poetry chapbook The Price of Our Clothes (Perlman Museum). Her poetry has been published in Puerto del Sol, Water~Stone Review, Portland Review, Natural Bridge, Rhino, Fashion Revolution 'Zine #1: Money, Fashion, Power, Poetry City, U.S.A., remake.world, and Jaggery, among other journals and anthologies. She won a Tiferet Fiction Award in 2012 for her short story "The Truth About 'The Lead Plates at the Romm Press.'"Alison, recently travelled to Bangladesh to do research for the project. At present, she lives in Minneapolis where she mentors poetry, fiction and memoir writers through the Minnesota Prison Writing Workshop and the Rimon Young Artists program, and writes articles about labor rights issues in the garment industry. Alison comes from a family of immigrant garment workers in N.Y.C. 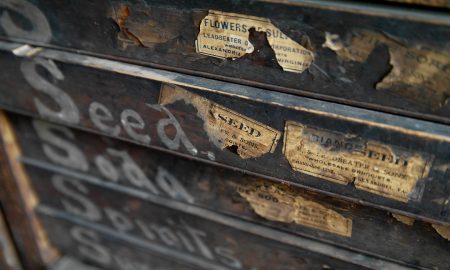 Somewhere by my grandparents house; strawberries from the heart

Better still, there are Oranges in Europe and Grapes in South Melbourne and A man from the Northern suburbs with a belt that Wears studs and a tattoo I know better than to Question, who Offers me a coffee with half a spoon of sugar.
Read More