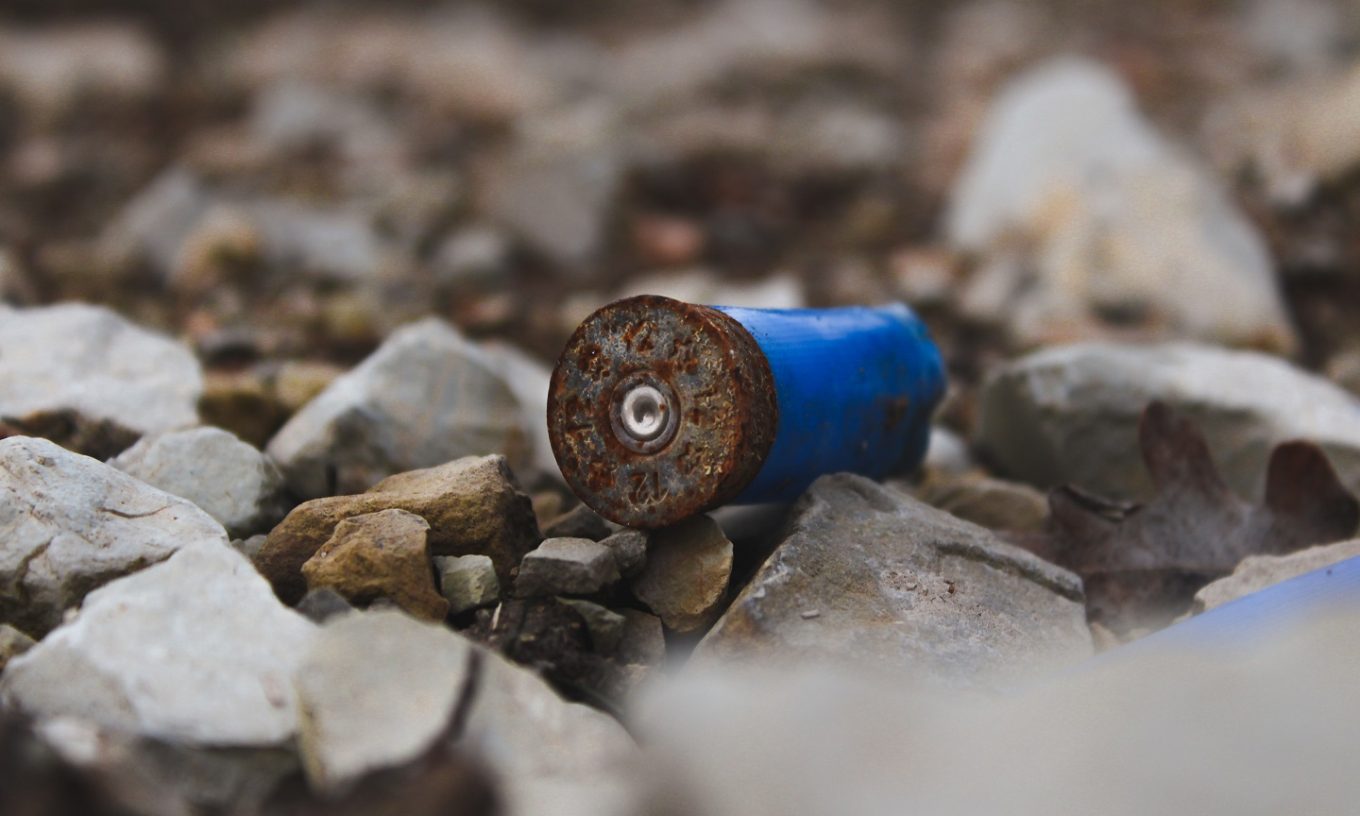 A middle-of-the-night phone call from my sister, another death in the family, and I am on the next plane home.

I dread these calls.

I am back on the “Rez,” the Fort Berthold Indian Reservation in Mandaree, ND. My cousin Mike and I discuss growing up on the Rez with its alcohol-fueled violence and the epidemic of methamphetamines and fentanyl. He points at different houses from tragedy to tragedy—an overdose here, a death there.

In an abandoned car along the road, five puppies play in the grass. They stay close to the vehicle’s underside—a Rottweiler-German Shephard mix. Hard to tell with some Rez Dogs.

A car ahead of me goes by them; one brave pup takes a few infant steps towards a wheel, then breaks off his chase. Yipping at the shiny chrome rims, he learns to chase cars.

Another car goes by; this time, the puppies move together toward the shiny wheel and break off in sync like a flock of geese. The leader sends out signals, and they move in unison. Finally, they stop and stare at me. I would take one back home with me if I could. They were that cute.

Don’t chase cars, fellas. I’m not a dog, but I know from experience.

Growing up, we had a Blue Heeler. Blue watches Grandpa Geiser and waits for orders. Although Blue tolerates me giving him a hug or playing fetch, he is more interested in working cattle. We ride in the pickup. Blue sits in the middle, looking out, eyes fixed on the fence line.

One time herding, he catches a backward hoof to the face. Bleeding and in pain, he keeps working, not wanting to quit. He gets old. Years of cow hooves and working add up. In the morning, he moves slowly, and it takes time to warm up. Then, one day, I can’t get him out of his dog house. He is gone.

I had a Rez Dog once, a beautiful white German Shepherd. She was a military dog brought back to the Rez from Vietnam before her owner passed away. She ran free after that.

One night she fights off a group of dogs attacking me. So, I bring her home to Grandpa Geiser’s house. Can we keep her? She has the mange, he says.

One night she finds a skunk, and I clean her with tomato juice to remove the scent. Then she chases a porcupine. Hundreds and then thousands of quills. The feeling of helplessness trying to remove even one quill. She is in pain; I am anxious. How do I help her?  And then she does it again—the quills scar and pock her face. I am hopeless to help her.

Then, the time she is in heat and every male dog on the Rez comes for her. When she sticks to the male, the beast with two backs, I throw water on them. The other kids laugh, but I cry. She is my dog, and I can’t help her. Litters of puppies and Blue’s old doghouse becomes a perpetual nursery.

Cows get out. Grandpa Fox and I repair fences. As we drive by the dump, the Rez dogs run out of their sofa home and start their chase. The bravest one goes first. A snout catches the wheel, and then a thump.

Dammit, yells Grandpa Fox. Dammit, I hit that dog; he curses and pulls over. He looks in the mirror, shakes his head, and opens the door.

I look in my circular mirror. The dog is rolling around on the ground, back broken. The other dogs run away, back to the sofa. Grandpa lifts the back seat and opens a green, yellow ammo box—Remington.

He pulls the rifle up and off his gun rack, loads and closes the rusty pickup door, and walks back to the dog, rifle held in one hand, pointed at the ground. He measures the distance, looks up the hill to see where the round will travel, and adjusts for ricochet. Finally, he sights down the barrel. One shot, and we know what happens to dogs who chase cars.

When I ride down the road and see a carcass in the distance, an out-of-place furry heap with vultures and birds circling as I slow down, I talk to myself—maybe I talk to God.

Please don’t be her.

I drive slower, looking to make eye contact to know for sure, exhaling when I don’t recognize the dog, taking a breath as I go by, knowing it is not my dog that died today.

In 2009, we returned to the Rez for my mom’s funeral. It was December and minus 35 degrees. I bring back my white wife and four kids.  Stray dogs everywhere; the kids ask questions.

Whose dogs are those?

Will they die in the cold?

Don’t they have a home?

How do they eat?

How do they survive?

Blue didn’t chase cars. He was too busy. Maybe his mom never showed him how or she never learned that bad habit, so it never transferred onto him. And he knew better than to run the Rez at night chasing skunks and porcupines. He had important work in the morning, and cows needed chasing. Not so with Duchess. She learned all those bad habits from her surroundings.

I think about those cute pups growing up by the side of the road in Mandaree. Don’t chase cars, fellas, or skunks or porcupines, for that matter.

But what else is there to do growing up on the side of the road living under an abandoned car or old sofa at the dump? When all you have ever seen or known were your parents and siblings chasing cars?

A 4 a.m phone call. I stare at my sister’s name blinking on the screen.

Photo by James Kovin on Unsplash

Larry Pankey is an attorney in Atlanta and went to Boston University for law school, and recently started writing during Covid. He is also pursuing the Undergraduate Certificate in Creative Writing through the University of Cambridge.