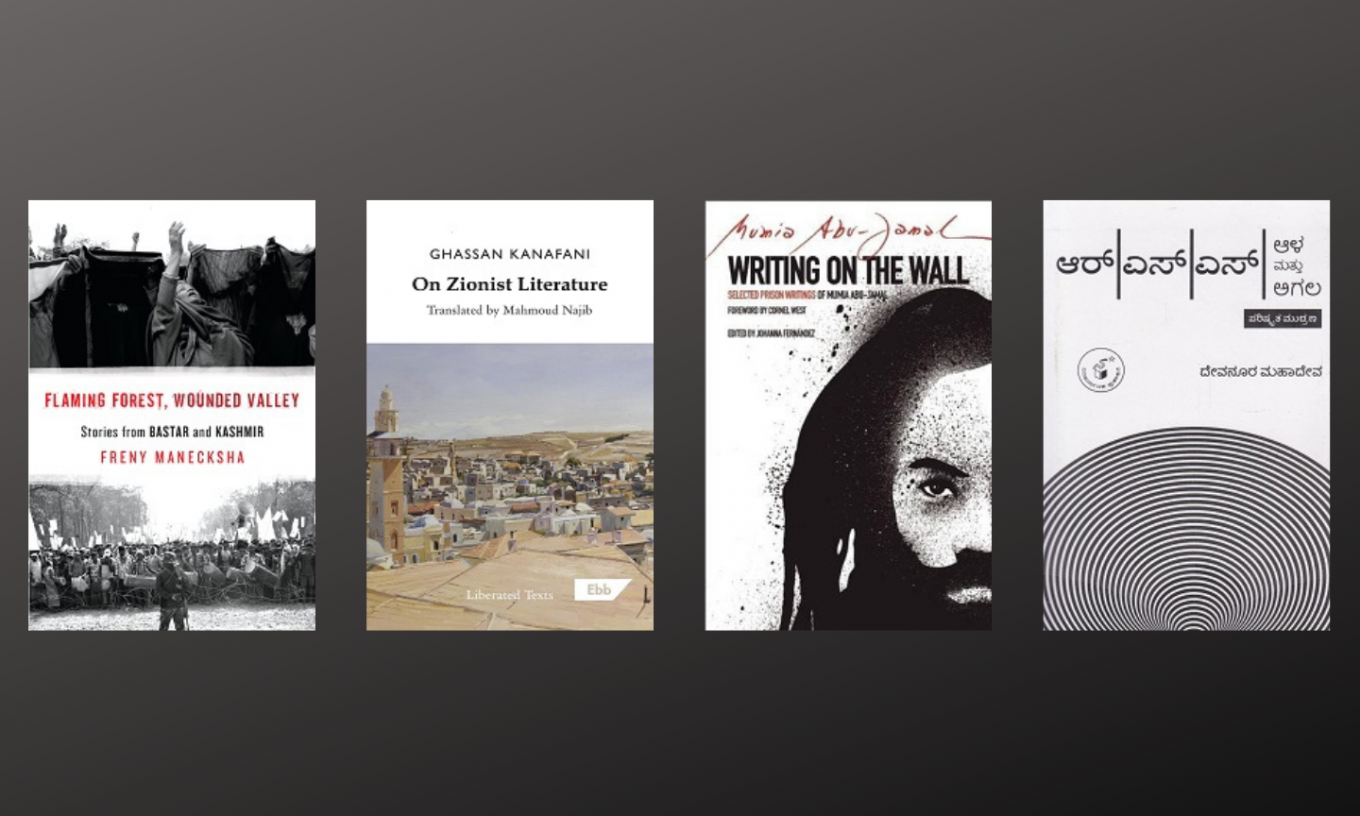 ‘Flaming Forest, Wounded Valley: Stories From Bastar and Kashmir’ by journalist Freny Manecksha tells a story of how homes can be quickly remade into occupied lands and battlefields. It’s an essential book about resilience in the hands of indiscriminate state violence and how communities resist, fight, and create their maps of survival. We need more books, arguments, and stories affirming that resistance is alive even in these dire times.

On Zionist Literature by Ghassan Kanafani; translated into English from Italian by Mahmoud Najib

Reading, rereading, and returning to Kanafani’s text is a joy. First published in 1967, the text remains relevant, mapping ways in which language, fiction, and film are employed in the service of Zionism. Finally translated into English, Kanafani’s literary criticism can be an essential pedagogical tool to understand other similar violent right-wing settler colonial ideologies.

I started rereading Writing this past week to find a quote I marked up almost five years ago to include in the book chapter on political prisoners. While the section I went in search of for citation appears in another book, the idea that we must resist runs through all these works.

“Conventional wisdom would have one believe that it is insane to resist this, the mightiest of empires, but what history shows are that today’s empire is tomorrow’s ashes; that nothing lasts forever, and that to not resist is to acquiesce in your oppression. The greatest form of sanity that anyone can exercise is to resist that force trying to repress, oppress, and fight down the human spirit.”

Mumia Abu-Jamal’s prison writings are a powerful reflection of our present and a rallying call never to cease the fight to reimage a new worlds.

Dalit writer Devanooru Mahadeva has already sold over 10,000 copies. At 64 pages, this small but mighty book is a scathing indictment of the RSS written by a writer who knows his audience.

Suchitra Vijayan was born and raised in Madras, India. Her work has appeared in The Washington Post, The Nation, GQ, The Boston Review, The Hindu, and Foreign Policy, and she has appeared on NBC news. A Barrister by training, she previously worked for the United Nations war crimes tribunals in Yugoslavia and Rwanda before co-founding the Resettlement Legal Aid Project in Cairo, which gives legal aid to Iraqi refugees. She is an award-winning photographer, the founder and executive director of the Polis Project, a hybrid research and journalism organization. She lives in New York.