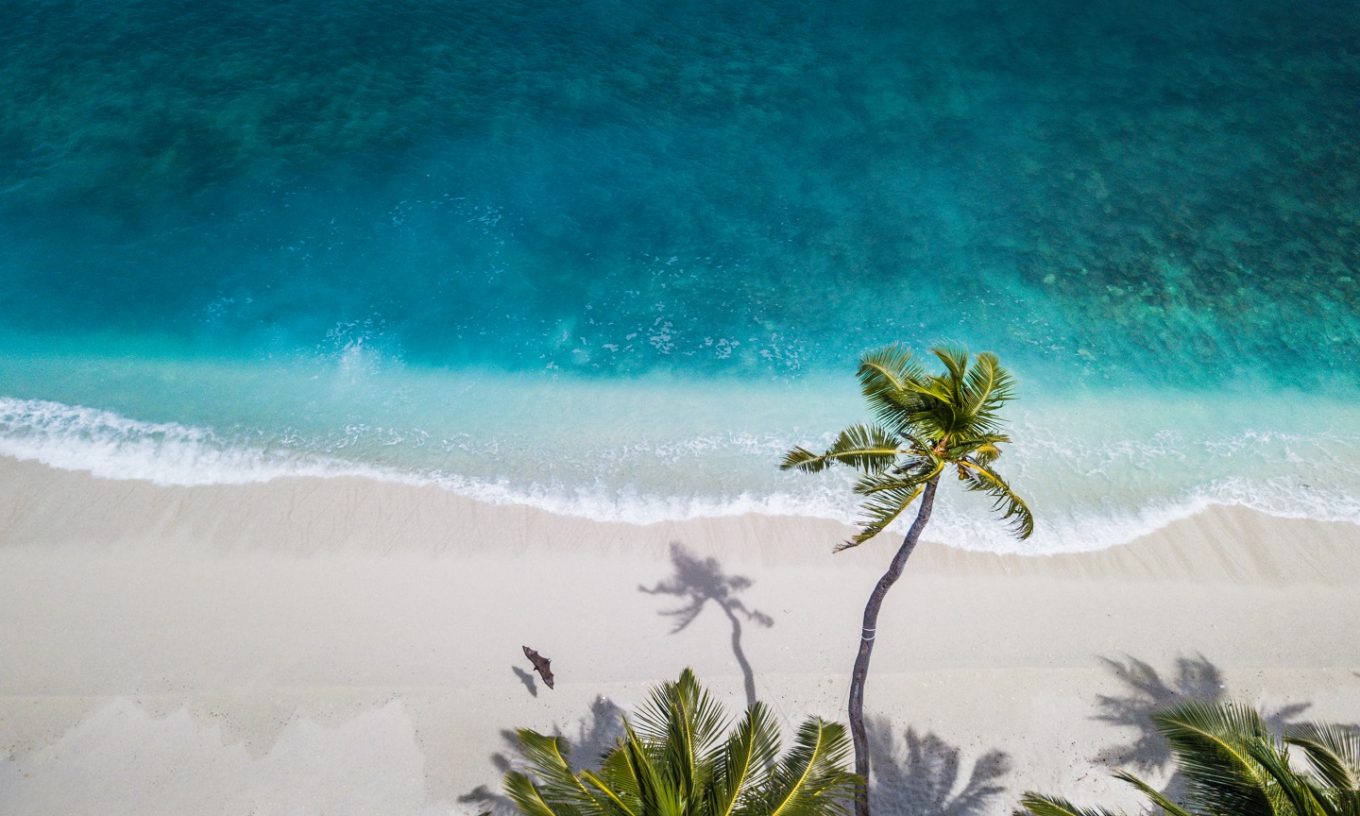 Anxiety, worry, and fear are all capable of creating this feeling of tightness or tension in human beings. A screw can only be tightened so much before the hole in which the driver is placed begins to strip, causing the screw to become stuck in its place. Tension is good, but to a point; too much, and it breaks the object it is being applied to. Humans are no different. James had come to realize this after turning twenty-five. Now thirty-one, the tension and stress that he had lived with for so long began to harm his body and contort his mind. The lining of his stomach began to chip and crumble, removing the wall of defense meant to protect his gut from acidic strikes. The motor in his mind ran at full speed all hours of the day for years without any rest. He fed it caffeine instead of allowing it to shut down for a little while. He became agitated easily, snapping at people for things like not drying the sink in the bathroom at work or taking too long to tell a story. He also noticed he couldn’t remember things as well. He’d forget what he had for lunch by 5pm or where he left his keys. The due date of his credit card bill would pass unpaid, and he wouldn’t realize it until a week later, even though it hadn’t changed in six years.

His brother Dan had noticed these changes in James. Dan noticed James had been visiting the doctor as frequently as someone just diagnosed with cancer. At first, Dan worried something was wrong, and asked if there was anything he should know about.

“No, I’m fine. I’ve just had this pain in my upper back for a few months. They don’t know what it is,” James would tell his brother. After the upper back pain was relieved, his stomach began giving him issues. This made him choose to eliminate all things acidic from his diet, which includes more than one would imagine. This “helpful” diet resulted in him losing fifteen pounds (fifteen pounds he didn’t need to lose). No sauces, no alcohol, nothing sweet, nothing tangy. Nothing but plain slabs of grilled chicken and unseasoned vegetables. This regimen wasn’t prescribed to him by a doctor or a dietician, but by himself once he was told to cut back on acidic foods. This lasted a year, and within two months of that issue being solved, pain began to sow its roots in another part of his body. He couldn’t sit down for more than five minutes without experiencing severe discomfort in his hips, inner thighs, and groin. The doctor couldn’t figure out the issue and sent him to a urologist. Prostate infection, maybe. Antibiotics should do the trick. Two months on antibiotics didn’t help at all, so he went to another urologist, who performed an ultrasound. James laid on his back watching the monitor screen as a slippery, jelly-like substance was smeared all over his lower stomach. Trying to make light of the situation, he forced a disingenuous laugh and revealed that he was hoping for a girl. The diagnosis was a pelvic floor dysfunction, an injury mostly seen in women after they have a tough time birthing a child.

“What was it last time?” the doctor quipped.

James would talk to his mother at length about these issues that seemed to take over his life. The pains spread throughout his body and convinced his mind that they were forces to be afraid of.

“Fear us,” they taunted him.

After five years, he noticed the fear that accompanied these pains was becoming more debilitating than the physical torments themselves. He was anxious about everything, and it began to creep into every facet of his life. It prevented him from going to his nephew’s baseball games, enjoying himself at weddings, and traveling. He realized he needed to fix the issue, not of the body, but of the mind. He began seeing a therapist.

Therapy brought him to Italy. Everything that Brad, his therapist, had discussed with him over a span of six months made sense. The physical symptoms, the irritation of the body he had been enduring, were all caused by stress. His primary doctor had mentioned this once or twice before, but James paid no mind to it. “I’m not stressed out, though,” he’d continually tell the doctor.

His therapist had convinced James that he was stressed. Their weekly conversations slowly began to reveal to James that he was an anxious person by nature. Stress didn’t rear its ugly head for only the biggest catastrophes. Being frustrated with waiting in line for lunch at work can stress us out and tighten our muscles. Being stuck in traffic, arguing with a friend. Wanting to take a shower but being too tired to move. The little things that happen to us every day can affect us just as much as the cataclysmic ones. Some people are more sensitive than others. Their reactions may carry more emotions than those of others. James had come to realize he had lived this way his whole life, allowing little things to ruin his day.

Brad encouraged James’s idea of taking a vacation by himself. He explained to James that although it might be nerve-wracking at first, he thought it would give him a chance to clear his mind. Give him a chance to just enjoy himself. A month later, he bought a ticket to Italy. Two weeks in a small coastal town on the Adriatic Sea called Silvi. When everyone asked what made him choose Silvi, a town of just 15,000 people, he said that the beaches looked nice.

The jetlag wore off after the second night. There was a café right on the beach that he discovered his first morning in town. It was run by a man who spoke no English, something James enjoyed since it meant he didn’t have to engage in unnecessary small talk. He’d show up around 11 am, order a coffee, sit at a table beneath a window that overlooked the sea, and read. Or he’d try to read. He found himself becoming easily distracted by the way the man behind the counter moved around with such grace. Every rhythmic step he took released a spray of vitality into the small café like a timed air freshener spritzes aromas of lilac or lavender in a public restroom. At times, James felt as though he was watching an interpretive dance unfold, spontaneous and beautiful. The man would tuck his pen behind his right ear after taking an order, turn on a swivel, pull down the levers of the various coffee urns, flip lids off milk and creamer containers, and pour the milk or creamer out in one fluid motion as he raised his arm up above his head like a bartender does with vodka or gin. Then he’d drop the containers back into their beds of ice and twist his limber body around to face the counter, slapping the towel that lay across his shoulder down against the old wooden slab to clean the moisture left behind by a hot cup of coffee – a ballerina who took orders and made coffee and small sandwiches, a nimble performer full of finesse, elegance, and poise. Once the ballerina behind the counter sat down to watch soccer highlights, James would become distracted by the families claiming their stakes on the beach just outside the cafe. They’d lay their chairs out and pass drinks around to each other. The husbands and wives would lather each other’s backs with lotion while the kids would kick sand at one another. After caking themselves with the hot, sticky specks, they’d race to the sea, seeing whose legs would be taken out first by the waves crashing upon the shore. He didn’t interact with people on a personal level, but he enjoyed watching them, surveying their movements with eyes that sat behind unread pages of a book.

After the fourth day of drinking coffee, watching ballet, and trying to read, he caught himself wondering what the beach was like after the sun sets. There were no bars in Silvi, and only a few restaurants. Nightlife consisted of pulling clothes down from the lines, bathing, or having some vino on the deck or the porch or in the backyard. There was no movie theater, no mall. Just a quiet little town with the ocean breathing in and out in the background as the people got ready for bed. He ventured out about an hour after the sun set, walking the two blocks from his rented condo to the beach. There were no signs that pointed to anybody being outside. No conversations, no singing. Only the flickering of television screens through the windows and seagulls resting on the trees and telephone poles scattered along the sides of the road.

He walked past the sandcastle fortress that he watched a family of six build for two hours earlier that day and chose to rest in a section of sand that looked as if it hadn’t been walked on in decades. He popped the cork off the bottle of red wine he had bought that morning at the lone supermarket in town,  tucked the cork in his pocket and took a sip. The crimson potion splashed against the back of his throat and swam gently down his gullet, tickling his insides until it landed inoffensively in his stomach. A smile grew across his face, and the unfamiliarity of it surprised him. He could feel that he was smiling, which indicated it must not happen too often. He continued to drink his wine and as he got comfortable in the sand, he watched the night come alive.

The moon cast its light down upon the waters of the Adriatic, and the stars surfed the waves of the sea. The dots of illumination in the sky held steady, but their reflections upon the water rippled and swayed, bounced and danced, creating a scene that reminded James of the fireflies that would frolic and gambol in the dark fields of his grandparents’ farm back in the hills of Western Pennsylvania. He sat in the cool sand with his legs stretched out in front of him, feet tucked under mounds he had pulled together with his hands. The brightness of the stars and the sounds of the water crashing upon the shore less than ten yards in front of him had placed James in a trance. The wheels in his head had come to a halt, something they hadn’t done in years. The itch on his neck seemed to dissipate as well, dried up by the salt from the sea that floated through the air. The tension headaches that usually pounded with miniature hammers throughout his day had decided to take some time off, a well-deserved break. He sat without any pain in his hips, and the acid in the wine caused no irritation in his stomach. All his worries, all his pains, all his fears seemed to slip away—off his skin, out of his head, and into the sand, pulled out to sea by the current.

Photo by Nattu Adnan on Unsplash

A.C. Francis is a Graduate Student at West Chester University, outside of Philadelphia, Pa., pursuing a Master's Degree in English.

Every month, The Bangalore Review recommends a reading list, also mentioning in brief why each book must be read. This month’s list has been compiled by the award winning Photographer and Barrister, Suchitra Vijayan.
Read More