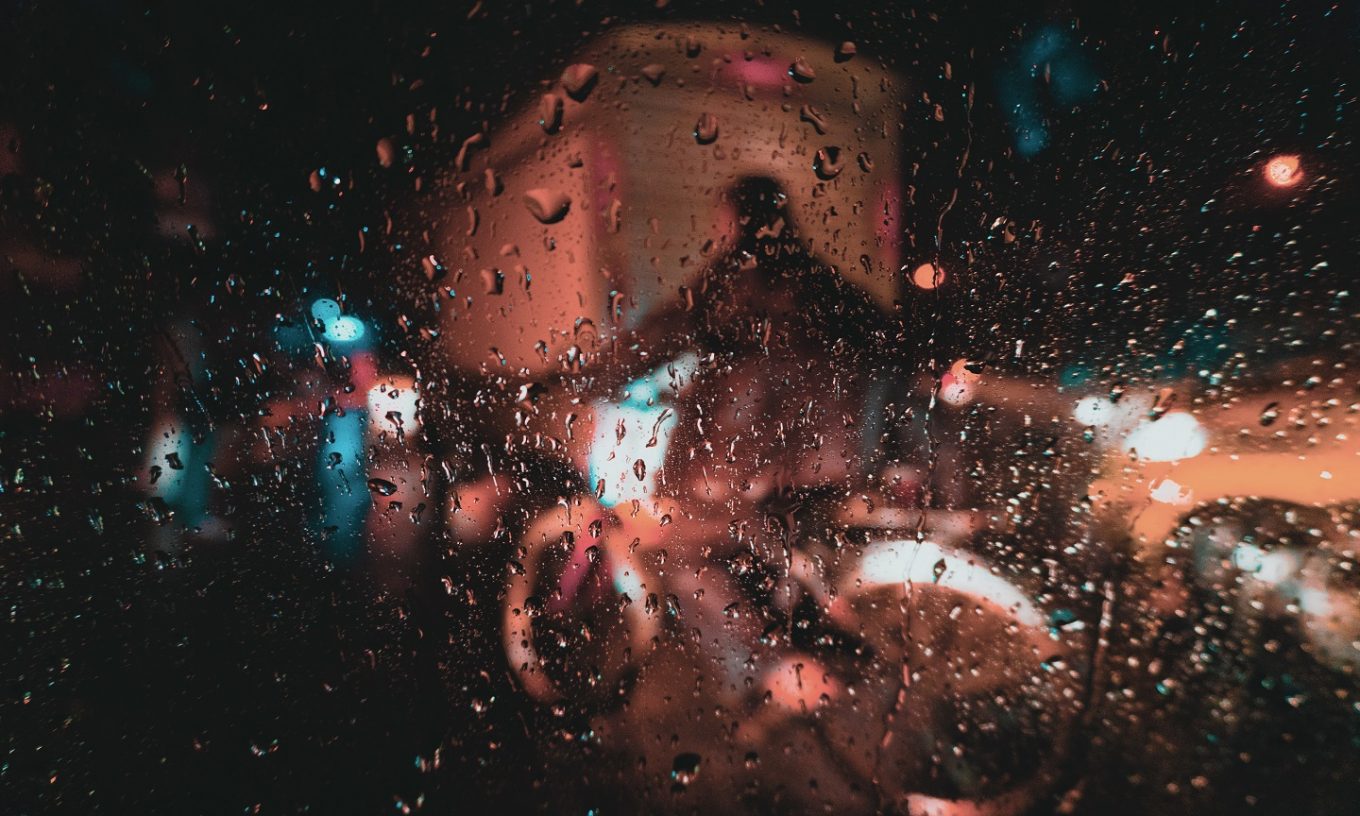 Children chased one another, some rolled on the grass, a few flew kites, and I wondered why we adults paint a grim picture of children today and their missed childhood.

I was perched on the window of Shish Gumbad at Lodhi Garden with a book as these scenes played out in front.

Our eyes met fleetingly. He had on him a packet of chips while I was relentlessly trying to find inspiration through the poetry volume purchased earlier that day. A short time later, we were sitting beside one another. He had climbed his way to sit beside me. There was something so confident about him that I was instantaneously nervous. To be immersed with a book or deeply engaged on one’s smartphone is a modern-day hint not to be disturbed. It did not stop him.

I closed the book and watched him dust his palms which were red and soiled. He had the most luscious eyelashes.  He asked my name, and I was a girl again – An introverted, shy girl. Without making eye contact, I introduced myself to Shahid, and we shook hands.

He began to narrate quite vividly how the door next to the window I sat was haunted, that I mustn’t be near it once the sun drops down the horizon. I was much amused at his imagination and the effort put by him to make an impression, to portray himself as a knowledgeable and concerned person. More stories as these followed, and what started as a question-answer segment turned into a conversation. We spoke of our whereabouts somewhere in the midst. He lived with his family at a residential complex near Lodhi, and I was born and raised in Bombay.

“Are you a Hindu or a Muslim, Charu?” So there it was – the question about caste – I have often been asked the same question during my travels through different and remote parts of India for leisure and at times for work. Although, being asked by a thirteen-year-old made me fumble for words. In a shabbily constructed sentence, I responded, “I do not follow any religion nor believe in any God.” He smiled and said okay. Respect children for who they are, and they’ll reciprocate. There was something endearing about the question when hearing it from him.  Endearing because he was made aware of his identity, and he felt the need to comply with that worldly construct to identify a person’s ethnicity based on their name.

Immersed in thought, I was pulled away by Shahid’s soft voice. He wanted to know if I would be interested in playing a game with him. We raced around the compound; then, we raced again to explore a few more Mughal structures, simultaneously exchanging our life stories during these competitions. He talked about school, I, of work, and both of us vividly about our friends. He lit up as he shared his dream to see and trek to the North Pole. He loved to climb and explore mountains and hills. He exclaimed at how the view from the mountains would be spellbinding. He then began to talk about his family and how they all had to leave their home in Afghanistan five years earlier. He was eight then. The journey from his home to the big city of Kabul was memorable as he and his brothers sat on the roof of a bus. I listened as he drew upon his memories with childlike enthusiasm. I heard the longing for his homeland. He used his hands to animate his feelings, and at times, without words coming out of his mouth, his gestures expressed while waiting for the words to catch up.

The language of pain, longing, healing is different for different people.
I wonder then why are we so obsessed to flatten those experiences
with a handful of uniform words, phrases and sentences?

Dusk was drawing in. With the light on a decline increasingly, the chirps of birds and children reached a crescendo only to fade away. Still perched on the window of Shish Gumbad, I noticed Shahid circumnavigate his brothers as they walked and conversed. I walked again on the cement path which led me to the Gumbad. Missing was a goodbye. A man selling cotton candy passed by, and I purchased two yellow ones. I hurried back only to be greeted by Shahid’s older brothers. As brothers do, they teased him for talking to a girl, and he was now shy to acknowledge me. With an enormous smile, I handed them one of the yellow cotton candies along with a good-bye.

Have you ever looked at a tree and felt inexpressive, silent, confused about what you are feeling, knowing well the churn of emotions your body is experiencing?

I see a Neem tree from my window. It giggles in the monsoon, unburdens during autumn and dresses up again in summer. It’s crisp in the morning, cooling during mid-day and shines till the sun sets. Each morning as I wake up to Ma’s voice only to go back to sleep again, for the briefest time in between, I catch a glimpse of the Neem. And as I gaze, a sea of emotions rise within me. Unable to determine what I’m feeling, I relax and let slumber reclaim me. Each day. And thus far, I am unable to gather what is it I feel and why is it I feel what I feel. “We do language,” said the extraordinary Toni Morrison. Yet, I have no vocabulary for this brief moment every morning.

Sometimes as I gaze at it later during the day, I imagine, feel, and think the Neem is trying to have a conversation, help me with my inability to articulate my feelings towards it.  I am unable to understand it, though. Often I suspect humankind’s transactional attitude towards nature is the reason for this incapacity in me: to have trees around because they are natural air purifiers, are pleasing to look at, rather than actually loving and caring for them.  Humankind has distanced themselves from nature–we call them ‘the greens’, ‘green cover’ as that’s what they have become for us. A pleasing, soothing green to look at, greens which we need to survive, not to connect with.

Time and again, I feel the strongest urge to have a vocabulary for those fleeting emotions I have in the mornings. And at times, I’m happy at my inability to express my feelings in words. Because to express can lead to categorising them. There also are rare moments when I feel it can lead to what Hermann Hesse described as ‘an incomparable joy’.

Till then, I wait. Patiently. Admiring the Neem each morning. For the language to come to me, for me to hear the Neem.

“I’m restless. Things are calling me away. My hair is being pulled by the stars again.”
– Anaïs Nin

This was how my relationship with the city I was born and raised in was and still somewhat is. The city, which many from literary circles see as ongoing poetry, knows that I have not been fond of her. Yet, she cares. Each time I come back from a journey, she would and still does embrace me with warmth.

I haven’t grown fond of her, but something has changed. I do not feel the claustrophobia I once had anymore. I do not feel the need to get away from her all the time. Now, well, I want to see what she offers if I stay put. The in-transit feeling I was perpetually surrounded with makes very little sense every passing day.

No! I have found no home in you, you island city, but I most surely have made peace with you. I do very much possess the intense and overcoming desire to roam, somewhat akin to the manner in which poet Nissim Ezekiel roamed, whether to move on to another job, another place, another manner of writing; though for the recent time that has passed, I am able to find stillness and calm with you, your places swarming with people – within the tight lanes that become pitches on Sundays’ for a game of cricket, the wires resembling vines which run through and are the markers of old neighbourhoods and well-lived bazaars where an alienated life seems an unlikely possibility, the time worn eateries (or Hotel as they are called) where the roars from electric fans drown out the chatter of diners, and to share a table with a stranger is a norm; also the quiet gentrified cafes with sky and sunlight peeking through them, perhaps to check how things are, or the soothing knocks of raindrops gently reminding the change of season; the gulmohar carpeted tarmac of summer, the jamun painted concrete canvas of housing societies, the mesmerising ballerina spin which the leaves perform during autumn before they become the colour of earth, and sitting by the promenade to the sound of the waves alongside thousand others, several among us laughing hard, some feeling loved, each of us gently and animatedly making a memory of the day. My intimacy with you exists between these spaces, you city of vernacular monsoon.

Photo by Bhawin Jagad on Unsplash