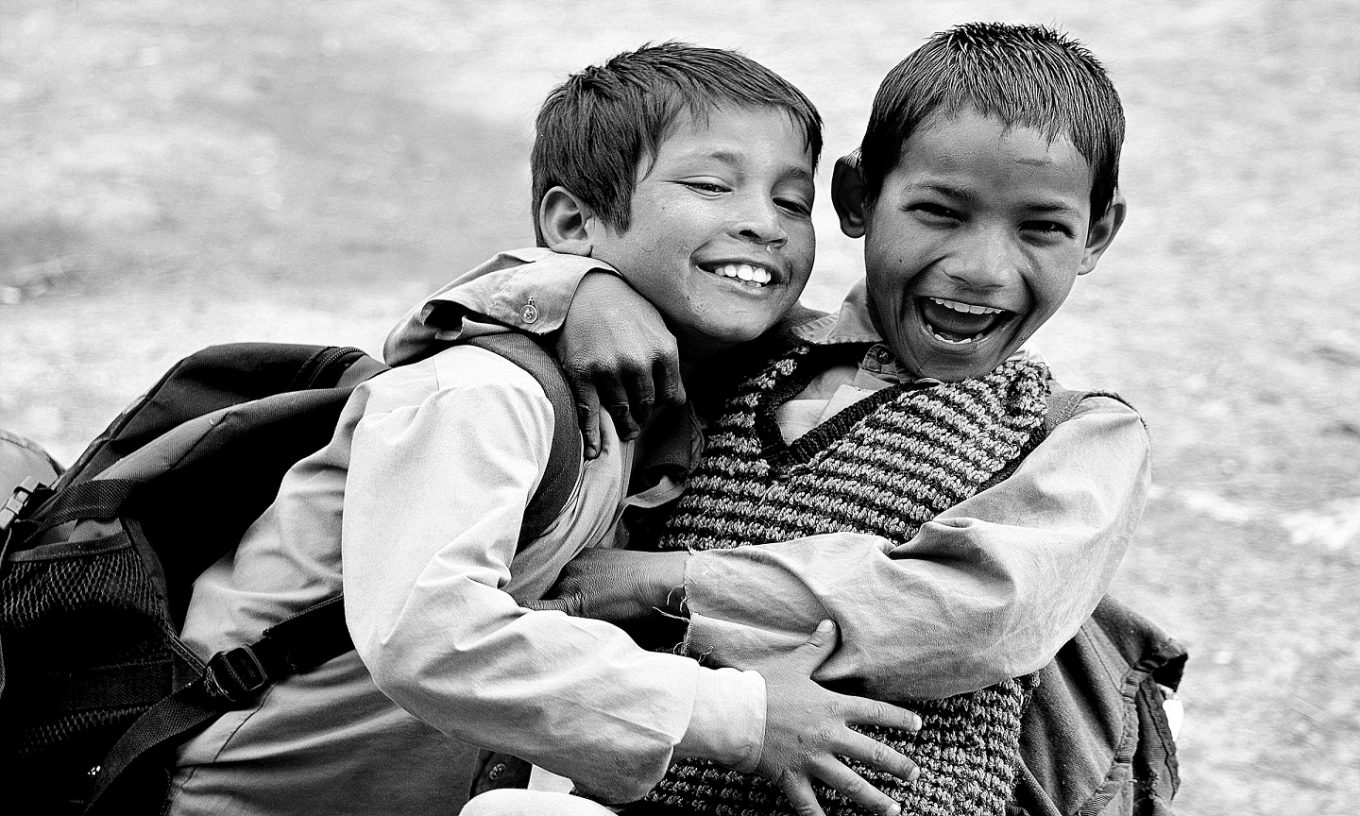 In grade school, my sister and I used Timbuktu as the ultimate marker of remoteness: if something went “all the way to Timbuktu,” there was nowhere further it could go. We didn’t know where it was, or even how to spell it. We weren’t sure if it really existed or was just another string of syllables in childhood’s flurry of nonsense rhymes.

But Timbuktu is a real place, perched at the southern edge of the Sahara desert. Founded around 1000 A.D. on a caravan route between goldfields to the south and salt mines to the north, it grew rich on both. In fact, the whole Mali Empire was so wealthy that when its leader, Mansa Mūsā, took a pilgrimage to Mecca in 1324, he distributed enough largesse across Cairo, Medina and Mecca to depress the price of gold for over a decade.

When he returned, Mūsā settled in Timbuktu, where he built a mosque that quickly became famous as a center of Islamic learning, drawing scholars from across Africa and the Middle East, and accumulating enough manuscripts to dwarf the collection of the vaunted Sorbonne.

European explorers flung themselves at the fabled place like moths at a porch light, but interior Africa was a difficult place to conquer. Expedition after expedition failed, killed by locals, disease, rapids, animals. In Europe and America, the city’s name became layered with the resonance of legend, of places never quite knowable.

In 2004, my husband and I traveled to Mali from East Africa, where we had been working at the International Criminal Tribunal for Rwanda. In the capital, Bamako, chunks of rock and mounds of garbage littered unpaved streets, directly below glittering buildings. In the markets, trays of cola nuts and pyramids of fruit jostled against cheap electronics, boxes of gunpowder green tea, and tin kettles made in China. Women balanced on their heads bright plastic tubs with pink, purple and neon swirls.

Outside the city, though, you could easily count the machine-made items you saw: there a plastic water jug, here a metal folding chair. Otherwise, you felt you could have wandered into any given century. Strung along the Niger River lay the round straw huts of Bozo fishing camps, where they smoked their catch over dung fires and laid sardines to dry in grass enclosures; medieval towns with narrow streets and elaborately carved wooden doors; and herding camps where Fulani women tattooed their lips black to augment their beauty. Donkeys picked their gentle way past beam-studded adobe mosques whose rooflines descended in jagged stair steps. The population thinned, silence reigned, and the air carried the smoke of cooking fires and the dry heat of the Sahara.

Timbuktu, we discovered, was still a long way from anywhere. To get there, we had the option of claiming seats on a retired Russian 17-seater plane; commissioning a boat to travel days up the massive, lazy Niger in the company of hippos, birds and millions of fish; crossing the desert by camel; or renting passage on a 4×4 Jeep. We chose the last.

The road (a term I use loosely) led north from the east-west highway, veered around a dramatic sandstone cliff that would fit in at Monument Valley, and careened into five hours of emptiness. It was so rutted that our driver eventually abandoned it and simply drove over the packed earth.

The open land to the north was the realm of the Tuaregs, who ranged in mostly autonomous, self-sufficient groups across Mali, Mauritania and Algeria, living off the desert and tending their flocks of camels, sheep and goats. Our Jeep passed a few Tuareg villages and some blue-robed and turbaned men shepherding fleets of tiny, heavily laden donkeys through the brush, but otherwise, we saw nothing but scrub trees and dust. A lot of dust. The woman next to me who, resplendent in her flowing, pristine dress and large scarf, had filled her seat and most of mine with herself and her periodic purchases of lemons, green oranges, papaya, and stranger fruits while we were on the paved road, faded to a red-brown shadow of herself. Those with turbans rewrapped them to shield their faces; those without, pulled shirts over their mouths or just sat there choking. The men perched on the Jeep’s roof looked like someone had poured dust over them.

We reached the river well after dark. We parked on the sand to wait for the ferry near a Tuareg camp lit only by a TV glowing in one of the tents. Eventually, we crossed and, shrouded appropriately in darkness, drove the few remaining miles to the city that is the emblem of remoteness.

Our hotel terrace looked out onto open sand and plastic-choked thorn bushes at the edge of town. In the morning, we noticed the windows: glassless, screened by concrete poured in Moorish patterns, they carved the blue sky into segments of history, of memory, of imagination.

The original meaning of the name Timbuktu is disputed. Indeed, no one agrees even on the language it comes from: Songhay or Berber, Zenaga or Tuareg. Archaeologists cannot excavate beyond the medieval period because the sand has buried the past.

The town provides the last link to the river towns and pastures of the savannah and the lush lands along Africa’s western coast. But Timbuktu is a desert place. Sand covers the wide streets, blows into corners, carpets the floors of the adobe houses. People in bright turbans and flowing boubous saunter across boulevards, as do sheep and goats, rarely confronted by cars or motor scooters. Many of the mud-brick buildings, once square and imposing, are now abandoned, crumbling back into sand.

The city disappoints some travelers, those who expect the grandiose. I didn’t come seeking a city of gold, but one of distances, and that I found.

It’s a frontier town, a crossroads, a place used to motion. It’s the jumping-off point for the great camel caravans that still sometimes crawl through the desert: nine days to the edge of the dunes, where no plants grow, thirty days to the salt mines at Taoudenni, nearly two months to the northern markets, all the way across Mauritania into Morocco. Like any market town, it’s built on horizon lines, and those in the desert extend farther than most.

Timbuktu is also a city of knowledge. From the beginning, scholars here collected and copied and sold manuscripts. By the 15th century, they were writing their own. By the 16th, the city had become a center for the book trade, with travelers stopping to copy volumes on their way across the continent. The head of the Songhai Empire established public libraries, and the private libraries were huge for the time, even for the Muslim world, which was distinguished by its erudition and reverence for learning.

Invasions and politics ended the city’s golden age, but locals continued to cherish the written word. Experts estimate that 300,000 or more manuscripts survived into the 21st century, stacked in wooden trunks or shelves in private houses. The Ahmed Baba Institute, named after the city’s greatest scholar, began actively collecting them in the 1980s, venturing into villages and buying the ancient texts with cash or livestock in order to preserve them from mildew and termites and heat and the ravages of time. Other libraries were also formed to consolidate, preserve and digitize the works.

A librarian welcomed us into one of these and unrolled several manuscripts for us. We could not read them—the library housed documents in Arabic and Songhai, Tamashek and Bamanankan and others, all beyond our capabilities—but they were beautiful: calligraphic swirls, illuminated margins, touches of gold leaf or lapis. There were treatises on music and law, astronomy and medicine, conflict resolution,  women’s rights and cultural pluralism. Some contained marginalia in which generations of scholars conversed with each other across the years.

After we left, the Ahmed Baba Institute moved into a new building funded in part by South Africa in recognition of Timbuktu’s importance to African history. Then, in 2012, the Tuareg, who have long had a barbed relationship with the rest of the country, joined al-Qaeda-affiliated Islamists in armed rebellion. The alliance occupied Timbuktu, where they destroyed ancient shrines and imposed a brutal version of religious law far different from the moderate Islam observed by the locals. When they were finally ousted ten months later, they torched the new Institute on their way out. International media reported that all the manuscripts, preserved through centuries of war and insects and storms and floods, were gone.

They were gone, but not destroyed. Because the books belong to families, and the families feel their inheritance deeply. Traditionally, in each generation one individual takes a lifelong vow to protect the family’s library. Anticipating the Islamists’ destruction, one such man, Dr. Abdel Kader Haidara, had mobilized residents to smuggle 1,700 boxes of documents out of the occupied city all the way to southern Mali, employing a network of couriers in taxis, trucks, pushcarts, donkey carts, and boats to thread through a war zone littered with checkpoints, jittery soldiers, and predatory militias. Locals helped along the entire route, offering food and shelter or distracting the men with guns so the crates could slip through. By the end, they had rescued 95% of Timbuktu’s manuscripts. Once the books were safely housed in Bamako, the effort to preserve them through digitization intensified. In March of 2022, a team spearheaded by Dr. Haidara and supported by Google unveiled “Mali Magic,” a web installation that has made more than 40,000 pages freely available.

This is perhaps the truest legacy of the city of gold. Europeans desperate to justify a caste economy have for centuries peddled the belief that Africa south of the Sahara—which is to say, Black Africa—had no high culture, no science, no tradition of learning or reverence for knowledge. It’s a myth that’s persisted, despite reams of evidence to the contrary, into the present.

This is our loss. Because as much as the world needs legends, it needs heroes too. And I can think of no better one than a robed librarian with dark skin marshaling an army of ordinary people to protect their legacy of scholarship from those who seek to erase it.

Timbuktu’s wealth once shook the known world. Its mosques housed thousands of scholars. People crossed the desert to copy its books. The gold is gone, and sand constantly threatens to bury the streets, but the tradition of knowledge remains so strong that people will bankrupt themselves and brave strafing by French planes and kidnapping by bandits and amputation by Islamists just to save it.

Let’s make that the meaning of going “all the way to Timbuktu.”

Photo by Aman Shrivastava on Unsplash

Erin Ruble’s essays and short fiction have appeared in Boulevard, Green Mountains Review, Tahoma Literary Review, and elsewhere. She lives in Vermont with her husband and children. You can find her at erinruble.wordpress.com.