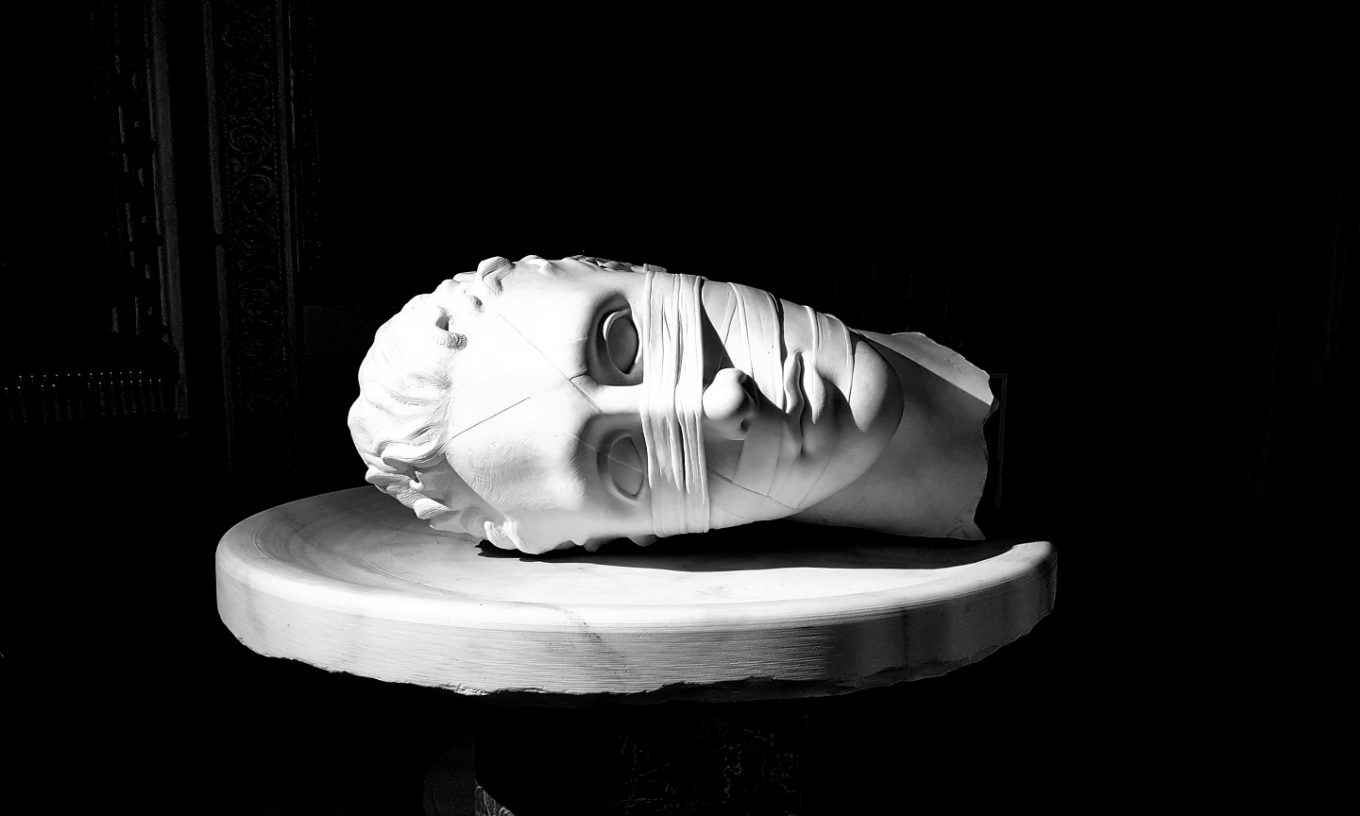 The assertion, God is marvelous, the meaning of his Nigerian name, changed none of the tragic facts. Akosa, wrapped in gauzy white, head to stumps, where legs and arms once extended, simply breathed by machine. We, looking on, clung to the hope that he’d emerge from his cocoon the dazzling butterfly of a boy he’d been.

His way of extracting laughter from us floated immediately to mind. His bursting into our after-worship classroom, imitating our rector’s Harvard yard accent: “Jes-a-us say-ed to he-as disc-ah-ples…,” never failed to leave all present in stitches. Learning he’d convinced his fellow high school students that his name was Barrack, like the current president, set something in us free. Still, we could not go back in time to stop him from going out on New Year’s Eve with a friend just stopping by. We could not stop them both from stopping to help two girls who’d run out of gas, or to keep them from filling a bucket at the pump. When someone lit a cigarette, it proved too late for the one holding that gas-heavy container: Akosa — God is marvelous.

A week later the doctors unwrapped the spongy white web to make it easier for the family to say, “Turn off the machine.” Extremities were mere burnt branches now. The clear plastic keeping internal organs in place allowed us to see how they’d also grown ashen and ineffective. Still, even with those full lips become cinders and those mischievous eyes sealed shut, we yearned for him to pull joy from us.

His father wailed, “my boy, my boy, my prince, my prince,” and called on me to pray. Though I felt I lost my faith that day, I did, and I did because I remembered what this boy once said. Playing a Church School game, I asked, “How would you spend your last day, knowing you’d surely die the next?” Las Vegas, Hollywood and Disneyland fantasies emerged in short order from the others. Akosa earnestly uttered, “I’d spend it praying with my family.”And so, he did.

I don’t remember a word I said as I stood sweating through my antiseptic yellow paper mask and armor in that tiny room kept hot to make up for the patient’s lack of skin. I would not be there at the end or at the cemetery, when folks tossed Texas caliche and clods of thirsty earth onto the casket. My daughter Fiona and I had gotten lost on our way to the graveside and arrived too late to join the mourners as each dropped in turn their handful.

We stared at the opened ground, as we had at his cocoon, with our hope both stubborn and done in.

“God is marvelous…,” I heard Fiona, Akosa’s friend, suck in the words as we watched the others drift across the mowed but now brown grass toward their cars, and then exhale, “…is gone.”

Photo by Peter Chiykowski on Unsplash

Terry Dawson, an ordained Presbyterian minister, resides in Austin, Texas. There he produces and performs with the poetry, Jazz and live painting collective, "Five Voizz Brush". His poetry, essays and creative non-fiction have appeared in Red Fox Review, Horizons, di-verse-city anthology, Pigeonholes, Courtship of the Winds, Dash, the Texas Poetry Calendar, the Ocotillo Review, Talking Writing and the Austin American Statesman and most recently in the biannual anthology Equinox. He was slated as a feature poet for the 2020 Austin International Poetry Festival, twice long-listed for the Fish Anthology Prize, a finalist in the Chase Going Woodhouse and Julia Darling poetry competitions and runner-up for the Christina Surgeyevna Prize. He has read from his work on KUTX Radio, Austin.