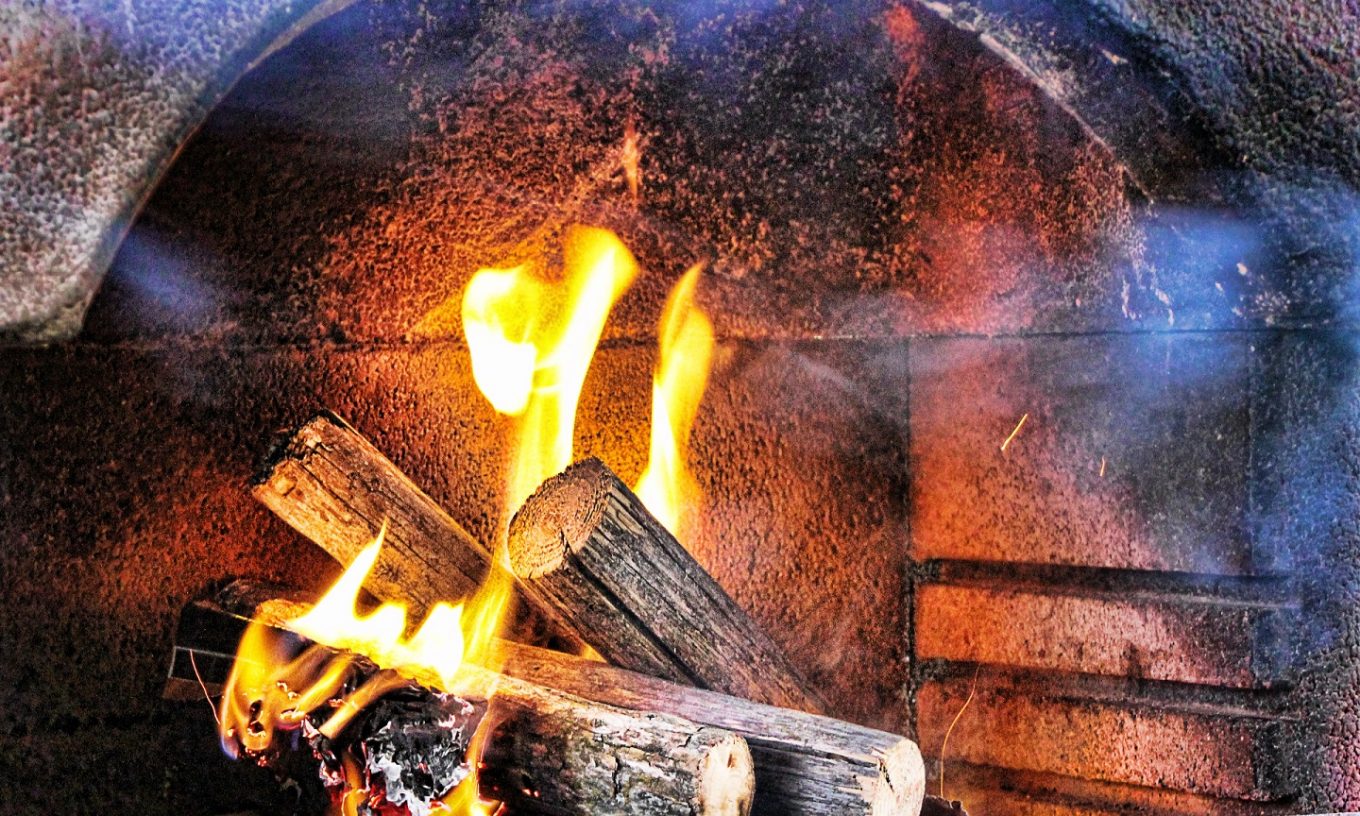 ‘Are you going to go to bed or haunt the house?’

He spat the words out as if his tongue was made of pulp. I hadn’t expected to see our host again after we had all retired to bed that early spring evening. I and my partner Jeff, the apple of his eye, were his invited guests. Seb was a former teacher and he and Jeff had formed a bond; it was obvious from the moment he opened the door to us that Seb was more interested only in Jeff’s exclusive attention.

In fact, I hadn’t expected to be his overnight house guest. When Jeff suggested we get out of Dublin and stay in Wicklow, I’d presumed he meant we would be staying in a hotel. So, with escapism in mind, I’d wrapped my lace and satin nightdress and negligee in tissue, with a view to it being unwrapped in luxurious surroundings.  On the internet it had been described as ‘diaphanous decadent purple’ and I not only loved it I was irrisistable while I was wearing it. I held that belief until Seb made his ‘haunt the house’ comment.

Earlier, we’d arrived in time for dinner, which Seb had cooked and served. During the vegetable soup starter, they’d exchanged stories of their shared history. The main course of coddle and soda bread evoked memories of family picnics and stories of Irish chieftains, at The Nine Stones viewing point in Carlow. ‘You can see eight counties from the spot,’ Jeff said excitedly, putting soda-bread on his side plate, ‘and the coast of Wales sometimes too!’

‘We’ll go tomorrow,’ said Seb, reaching for a napkin ‘The forecast says it’s going to be a cracker of a day and I’ll make a picnic basket and we can leave early.

‘Tomorrow is out,’ Jeff said, oblivious to the disappointment showing on Seb’s face. ‘There’s a match on in Croke Park.’

By the time the dessert – apple and blackberry bread and butter pudding – was served, they’d moved the conversation to wondering where their neighbors and friends were now.

The moment he met us at the door, Seb had looked at me as if I was surplus to requirements; that attitude persisted for the next few hours as he gave Jeff his undivided attention. His eyes never met mine. After dessert, Seb produced some sloe gin he’d made, and Jeff, ever the perfect guest, drank so much of it, he barely made it to the spare bedroom before he wrapped himself in the arms of Morpheus.

On the other hand, I was sober and restless, so when I awoke at midnight, and sleep was a stranger, I went out of the bedroom in search of some clarity of thinking. I was mesmerized by the size of the fireplace in the room which was the heart of the cottage. I had never seen a walk-in hearth before. It was as tall and broad as I was with my arms outstretched. The wood burning in it was cut from old trees, their rings still visible enough for me to know their age. The tree slices were as big as a road side ‘Stop’ sign. It was the most inviting sight I’d seen in years. The temptation to sit in front of it, watch its dancing orange and yellow fairy like flames, and gather my thoughts, was overwhelming.

If I had known Seb was still awake, I wouldn’t have come near this room in a diaphanous anything, but I seemed to be discovering a lot by chance since I’d left Dublin that morning.

Seb’s movement made me jump. He was standing behind me, his entrance to the fire lit room cushioned by his tartan slippers. He remained silent, but walked to the fireplace and lifting a log of wood the size of a cushion, threw it into the hearth, and watched it catch fire. Only when it was crackling happily did he turn around to face me.

‘I’ve heated some milk,’ he said. I noticed a tray with a jug and mugs behind him.

He looked straight into my eyes, which only made me feel more vulnerable.

I knew I was trapped.  My lonely host was, in his awkward way, asking for company.

‘I’d like that,’ I heard myself say, remembering the manners I’d learned as a convent schoolgirl. I reached for the chunky sweater and socks I’d left on the sofa by the fireside earlier and put them on.

Seb grunted as he poured the milk into two mugs and handing me mine, sat opposite in one of the fireside chairs. He was still dressed in the denim shirt and jeans he’d worn when we arrived, but as he settled, he lifted a blue corduroy dressing gown that was splayed across the back of the chair and proceeded to wriggle his way into it, pulling it closer to him as the fire strengthened.

The reflection of the flames dancing on the walls was now giving him a more visually pleasing backdrop. Their orange and red shards landed on his face and dispensed a hue the color of ripening apples.

‘Where are you from?’ he spoke slowly, digging deep into his thoughts for the only question he could think of to start a conversation, as if that skill of social inter reaction had long ago been placed in a far corner of his mind because he had convinced himself it was of no further use.

‘Fotish,’ I whispered, pulling the sleeves of my sweater over my fingers.

‘Fotish, County Mayo?’ His eyes penetrated my soul. Suddenly, as quick as a match ignites, the vulnerability I had felt after his sarcastic comment lifted from my shoulders and landed on his. A surge of emotion for him began at my toenails and journeyed to my heart. The flames gave him a warm blush.

‘I knew someone from there once.’

The word ‘once’ seemed to give him difficulty, as if it was out of step with all the others and wouldn’t quite form in his mouth.

‘Fotish,’ he repeated, this time pronouncing it perfectly.

I watched him. For the first time since I had met him, he began to intrigue me. Earlier, repelled by his gruff exterior, I’d been happy to step back and watch him give all his time to Jeff. This was different.

‘Fotish,’ he said again. His eyes lit up faintly as if the name gave them permission come alive. Like a candle flame once thought to be extinguished, his features stretched left, almost flattened, then right, stretched again, and gaining strength, stood upright and flourished. The aged mask that was his face began to soften. Under the deep crevices of his determined chin, an ember of warmth was fighting for life.

The fire spat happy sparks and I, being the guest, decided to let the silence hang. Seb sipped his milk and became aware that the energy in the room had changed. He had been knocked off guard. The face that had been bitter and twisted was now the reluctant host for an embryonic smile. He crossed his legs at the ankles and his warming fingertips caressed the body of the mug gently. Ripples of tenderness moved slowly left to right across his face, smoothing it in places that, this morning, had rested in shadow.

Then, his thoughts began to transform his body. His mind’s eye still feeding it warmth and energy, it visibly lost the soreness and stiffness of age. Sinking deeper into the chair and placing the mug on a table by his elbow he moved his gnarled right hand to the right side of his corduroy dressing gown and the other hand to the left, and grasping the familiar fabric, he drew it across his body until he was swaddled in comfort.

Whoever this ‘someone’ was, they were revisiting his memory.

Nothing could break his thoughts, not the fire and its machine gun crackles, not Jeff’s chain-saw snoring next door, and not the gaze of the new arrival, me, who at another time would not have aroused his curiosity.

Then, one more sound was added. It was a cacophonous cough resembling a clatter of tin cans. A surge of air breathed into his reluctant lungs brought with it on its return journey a wheeze which became a whimper that turned into a whine, which shaped itself into a musical note, as pure as the imprint of a raindrop.

A small weak voice was birthing somewhere inside him, gaining confidence until it found itself full of timbre at the back of his throat. The sound in place, words now the focus of his search, he kept working on them until they united and formed a line from a song.

Licking his lips and clearing his throat, he sent the power to his voice box and let it propel the sweet sound to his mouth and allowed it to warm the last remaining coldness of his demeanor.

He closed his eyes and sang:

‘I loved you from the moment you made my heart stand still
Will I wait until you need me, just ask me and I will…’

He broke off to speak.

‘That was our song. We lived every word of it. I cycled from here to Mayo to ask her to marry me and came home with nothing but a crushed heart and a broken nose.’

He lifted the mug of milk and drained it.

‘She said I’d always be poor and she intended to marry rich.  He was a brute of a man drinking heavily and using beauty as his currency, not realizing Nature would soon close his account. He fought with me and she saw it and it still didn’t teach her. I told her she needed the love of a good man and she didn’t listen.

She married rich alright, but didn’t bargain on the rich being rich because they don’t spend.’ He pushed his silver hair back from his furrowed brow. ‘Both of us wasted a lifetime.’

‘And your love is still strong,’ I said quietly.

He stoked the fire. ‘As ever – she gave her son my name at the font, and neighbors tell me he’s got my antics.’

He moved the fireguard. The mask of the curmudgeon had slipped. Under the deeply creviced knitted Aran sweater of a face, a softening had begun, and I had a wish that it just might take up residence. He was unaware of it and that made it extra special.

Just as quietly as he had entered the room, he left it. His tartan slippers were as soundless as eider down, as his steady feet chose the familiar path to his bedroom. I went to the kitchen and washed and dried the saucepan mugs and spoons. On my way to the guest bedroom, I passed his room. He had placed a sepia photo on his chest. The lady in it was smiling as he slept. His lips were curled in dreamy pleasure beneath his closed eyelids.

Outside, the curtains of night were bringing their healing silence to broken-hearted lovers all over the world. I stood watching his peaceful face and made a promise to myself.

Slipping into the warm bed beside Jeff later, he sleepily searched for my waist.

I moved a stray damp curl out of his eyes, kissed the tip of his nose, and whispered, ‘When you do, never let go.’

Max is a freelance writer. She spent all of her career in show-business and often draws on her experience there for her stories and articles. She lives in Dublin Ireland.

Every month, The Bangalore Review recommends a reading list, also mentioning in brief why each book must be read. This month’s list has been compiled by the award winning Photographer and Barrister, Suchitra Vijayan.
Read More