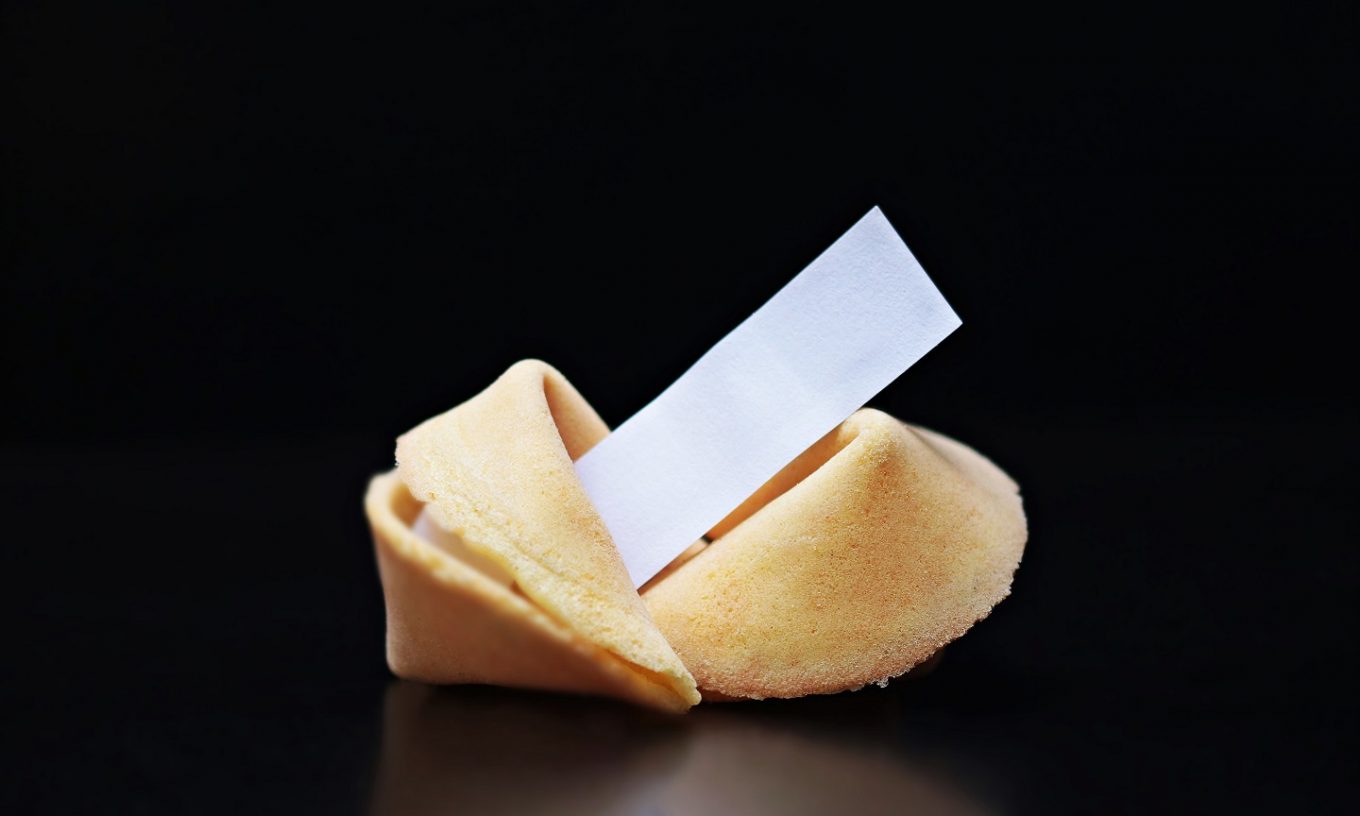 I stand in the middle of the dim-lit room with my eyes on the old, wooden drawer, on which my wife keeps all of her bracelets and a soiled pair of underwear, along with my scarf, my keys, my wallet, and some spare change. There also, plainly and quite delicately, a small slip of paper – the fortune from an old Chinese fortune cookie. A memory from the past.

Before heading out the door, I grab the wallet and the keys, and a few euro cent coins from the small pile of spare change. My eyes glaze over the underwear, a black pair, and they linger for a long moment on the quiet, scentless stain in the breadth of its twisted form. A strange, delicate sensuality.

I head out the door, where it’s very windy. Inside, I know, still lingers a small, effervescent wind over the drawer top’s remaining contents. The room’s window was ajar. The gentle, left-over breeze which had escaped from the outside madness to play within the dark room had been caressing the old, somewhat curled slip of fortune. It laid face-up on the drawer, next to the underwear. It would bend with the wind and pivot a bit on its hind, the tiny red letters of the fortune swaying ever-so-slightly with the back-and-forth motion of a rocking chair.

Now outside, as I open the door of the car, I am thinking about my father. About my childhood. My father would always linger over his money supply; though he had a well-paying job, the Safety Chair at a hospital, he always worried about money. There was never a moment when he was not worried about his past, present, or potential future debt, nor a moment when he was free from the thought of money. Due to this constriction, my own inheritance of a generic idea of money’s scarcity, I grew up to be quite careless with my money. I dropped out of college before I graduated, and the gypsy lifestyle was mine for a few years.

Now, twelve years after moving out of my parent’s jurisdiction, struggling ever-so-slightly under the weight of my own money needs, I see some truth in his worrisome ways. Though I would not call myself worried, as I close the car door and turn the keys in the ignition, heading to a nearby town to apply for a job as an English teacher, I would call myself somewhat concerned; or, aware might be a better word. More aware. I express this slight awareness by half sub-consciously leaving a small paper slip on the drawer, hoping it will bring us luck and happiness. I brought it with me here to Italy, here where the Chinese restaurants are not franchises; where they do not provide fortune cookies.

You will live many years surrounded by comfort and a material wealth….

The short which I recently wrote and entitled “A Quiet Fortune” was, in a certain way, corrected today. We went out to a Chinese restaurant, located in a quaint part of the district by a dense-treed plaza where my mother-in-law spent her childhood years, in the grand alpine city of Bolzano, and lo and behold there were fortune cookies given out at the register upon paying and departing. Go figure. There actually are fortune cookies given out at some of the Chinese restaurants here in Italy. Beg your pardon. Perdonami. Mama, my wife’s mother, received a fortune very similar to the one which I wrote the short about, though this tiny slip of paper which I speak of purported its fortune in Italian on one side and in Spanish on the other, rather than in English like its single sided English twin. Mama doesn’t worry about money all that often. She’s rather light-hearted, fortunately.

Since the original design and subtle, symbolic purport of my short story is now, so it seems, kaput due to this educational little experience, as I had originally written it while trying to keep in mind the thesis: fortune cookies are a phenomenon seen only in Chinese restaurants in the United States of America, I find myself here thinking of the next story I’ll be writing. One in which I will incorporate the variations of trees and wildlife from all over the world. One which I may squeeze in yet a tragic aspect. Economical awareness. One I’ll eventually enter into a story contest here in Trento, which my wife just sent me a link to. A story writing contest, free-themed and on any topic. The deadline is the end of next month. I have a few ideas. One, to incorporate the idea of trees from all over the world being grown in one place, one Eden, (the Italian paperback edition, separated into three separate books, of Steinbeck’s East of Eden comes to mind, which I saw in a second-hand warehouse in Trento, interesting publication styles here in Italy) where will be found the new Walden, the new Paradise, the new world community. Yet, this community will only be, in the end, peripherally realized, vaguely intimated. The main purport: somehow overpowering the ignorance of modern man and his GreenPass problems and the COVID-19 scam and man’s disconnection with his surroundings. This will happen, through some type of a series of connected lives and shared gardens and life-giving stories, through the buy-or-gift-a-tree website, similar to Treedom.net, a twist in the plot, the Eden being implicit in a people’s transactions online, rather than in person and real, as the reader may come to suspect and later find out to be true.

I’ll think more about this idea, and take more notes in the new notebook which I’ve started. I’ve just filled the pages of the little black one which I’ve been writing in now for about three months. All of its poetry is now transcribed into my book of poems, which I’ve entitled Some Meditations on Not Having a GreenPass.

The Chinese restaurant we ate at earlier this evening was not a franchise, but they still gave out cookies, fortunately. We all learn the lessons we’re given to learn.

James H. Storbakken and his wife and their baby live in the hills of southern Spain just south of Granada, in the hillside village Lanjarón. He writes poetry, novellas, and short stories, and has recently, thank Calliope, completed one full-length novel. To keep his head above water and support his family he works as an English teacher and a professional landscaper and maintenance man and an orchardist. He has been previously published in The Alta Dena Review, Racconti Liberi magazine, and The Antonym magazine.