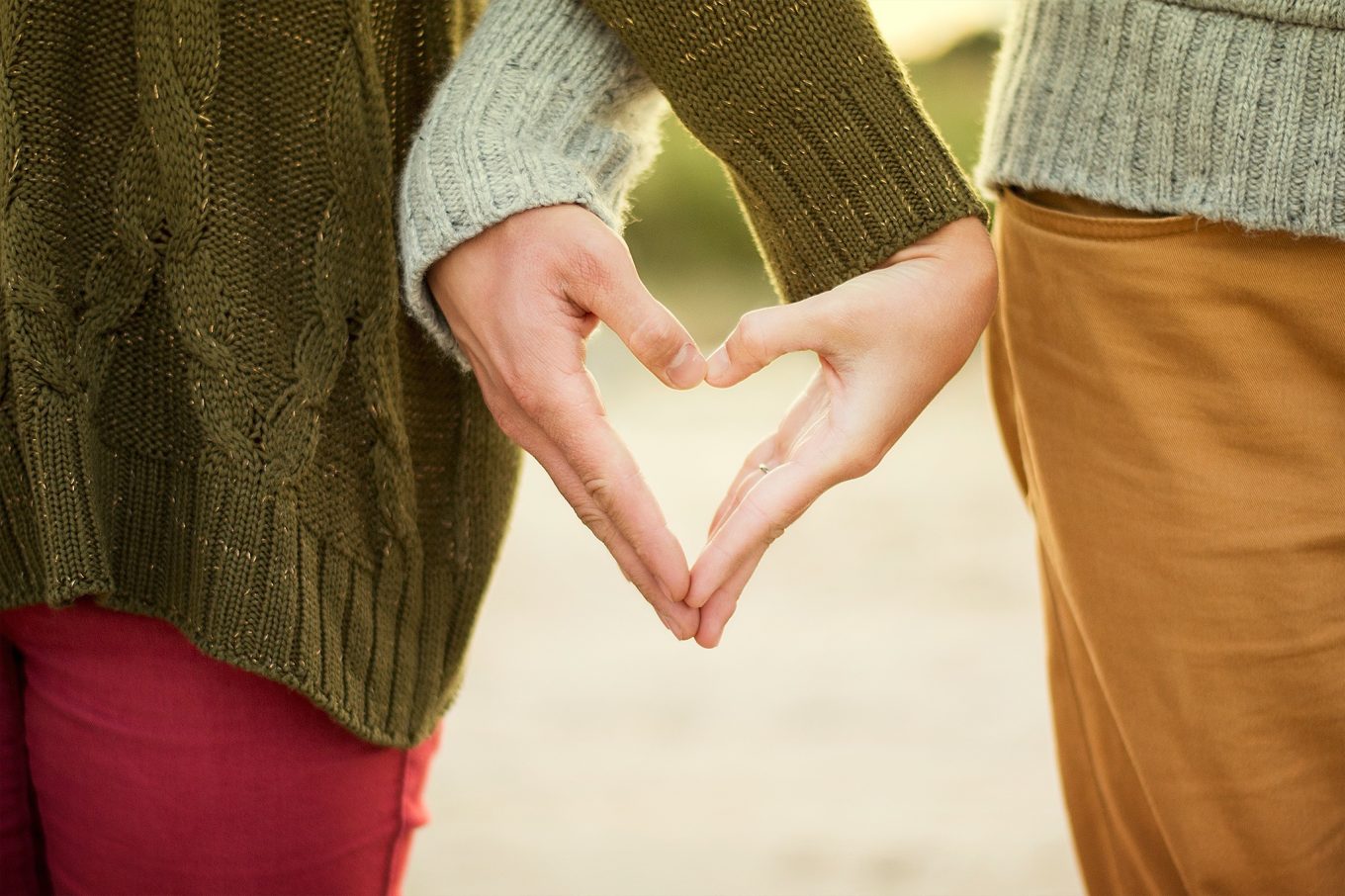 A bustling, well-tarred road divides the educational potential of Kasipatti town by gender. On one side lies the Kasipatti Boys’ Senior Secondary School. On the other, the girls’. Until last month, both schools kept the same hours, ending in the late afternoon, but suggestive songs from a recent movie became the latest in a long line of negative influences on the impressionable wards.

As the oft-repeated Tamil expression goes, adolescent boys and girls are at an incendiary age when they are like wick and flame – they must be kept apart for their own protection. The bustling, well-tarred road, also well-meaning in its intentions, was no longer enough to keep them apart. The two school principals finally met to find ways to rein in the raging hormones that beset the academic neighbourhood, and it was decided that they would stagger the school bells. The boys’ school would start and end earlier, and the girls’ school bell would ring half-hour after the boys’. As if those with hormones playing matching staccato rhythms would be unwilling to wait half-hour for the object of their ardency to cast a glance their way.

On the last day of school, the bell rings shrill, cutting through the mugginess of the April afternoon. When the gates swing open, it is as though a dam has burst, and blue-uniformed schoolboys gush out in anticipation of two whole months without school. But there are also the stragglers, wheeling bicycles with crossbars, sleeves rolled up to expose amateur biceps, shirttails defiantly untucked from the waistbands of their navy-blue trousers. Some of them use their exam pads to energetically lob imaginary cricket balls out of imaginary stadiums to thunderous imaginary applause. There is also a fair share of the dutiful, who bear twin burdens of heavy school bags and obedience, whose parents wait outside to pick them up on idling two-wheelers with rexine seats that will sear their backsides.

Mani regards himself in the tarnished bathroom mirror and meticulously combs his wavy dark hair using a slim red comb that he carries like a talisman in the back pocket of his trousers. He emerges from the bathroom and stops at his desk to sling his bag across the chest, his steel lunch box inside the bag clanging dully against the trendy insulated water bottle he had bought only last month. He steps out of the classroom and strides down the corridor, resisting the urge to whistle the jaunty tune playing in his head.

Meanwhile, vendors of edible treats have set up their carts along the pavements outside the gates. When the schools close today for the summer, they too will leave, pushing carts of seasonal, perishable produce, their distinct hawking calls echoing through the town’s residential streets. When the unrelenting humidity of May settles on the town like sticky jaggery syrup, the temple’s annual festival at the fairground will sustain them until it is June again, when their peregrinations will end in time for the new school year.

Mani reaches the gates and looks across the road at the entrance of the girls’ school. When the schools close today for the summer, it will be two whole months before he can see Kala again. Which was why it had to be done today. He runs a self-conscious hand through his hair that is at the exact length when his mother begins to pester him to get a haircut. But not yet. Today, his hair looks luxuriant, and his modest sideburns, assertive. He leans against the immense iron gate and waits.

But Mani thinks this state of heightened awareness has gone on for too long. Today, Mani will walk across the road and talk to Kala.

As he waits, his eyes are drawn to the watermelon stall laden with slices of ripe fruit. On a whim, he buys a slice and begins to eat it, keeping an eye on the girls’ school across the road.

Kala waits just inside the gates waiting for the school bell to ring. Her heart skips a beat when she spots Mani through the railings. She flips her slender wrist over, willing the hands of her watch to tick a little faster than her own heartbeat. When the bell finally rings, and the gates open, hundreds of schoolgirls emerge, dressed in uniforms of checked blue kurta and navy-blue salwar, with matching dupatta neatly safety-pinned to their shoulders. Kala adjusts the ridden-up sleeve of her track top and hefts the straps of her big brand knock-off duffel bag more firmly on her shoulders. She runs a shaky hand through her short hair, a point of contention with her mother, and steps out.

She stands outside the gate for a whole minute; as a trio of beribboned schoolgirls greet her as they walk past her. She knows they think her strange for her commitment to her sport, but for now, she is focussed on Mani across the road, who is engrossed in a slice of watermelon. Was this a new game he was playing? The girls stop at the cart outside that sells gooseberries, and Kala decides to join them. She would punish Mani by ignoring him, while also making sure the girls see what they have in common with her. As the saying goes, two mangoes felled with one stone.

But it is not easy to take her eyes off Mani, as he devours the ripe flesh of the watermelon, sucking up the juices that have left a sticky trail down his forearm. As she observes his ardour for the fruit, a flutter rises in her.

Mani spits the last seeds of the fruit, aiming them to land in the old paint bucket that the vendor uses as a dustbin. He then lobs the rind in a high arc to land in the same bucket, and a cheer erupts among the schoolboys standing nearby. Mani smacks his lips in smug satisfaction, and then remembers Kala. His eyes whip to the gates across the road, then shift to the cart of gooseberries. Kala stands with her back to him, her strong shoulders filling her track top in a way that makes him wonder what they would look like, bare. But why was she facing away? Was this her retaliation for his watermelon-fuelled oblivion?

Kala turns, and her fingers pry open the paper cone to pick a particularly fleshy berry to nibble on. As her face puckers, he imagines the tart of the fruit on her tongue. And then, he imagines the texture of her tongue grazing his earlobes. He feels them tingle. As she takes deliberate nibbles of the berry, and licks the seasoning off her fingertips, a drop of salty sweat courses down his back.

Kala takes leave of the girls and walks unhurriedly to the bus stop, even as across the road, Mani dawdles, appearing to be deeply interested in the lurid movie posters pasted on the walls. She knows he knows she is watching. She leans against a pillar at the bus stop and tries to appear nonchalant. Two could play the same game.

Mani has nearly reached his bus stop when he halts in his tracks. A hint of amusement blooms under his sparse moustache transforming his features into the pleasing arrangement that Kala has come to love. He avoids eye contact with her across the road as he pays the vendor for a leaf cup of palm fruit.

Kala is flustered. She knows what the connotation is – she has heard the fruit being erotically described in a movie song. It was juvenile of Mani to make such a deliberate show of buying this fruit that is tender to the touch, with a pale jelly-like consistency, held firm in its sheath. Her nipples harden in their sturdy cotton casing.

Just then, with an unearthly rumble, Mani’s bus arrives. He is torn between the palm fruit, this game with Kala, and catching the bus back home. Kala is disappointed but also relieved. This game had grown so intimate that she sometimes tuned out the world. She now wonders if their mounting desire for each other was glaringly apparent to those who knew them at their schools. She watches the bus leave and finds Mani rooted to his spot on the pavement. Just like it happens in the movies. He now looks across at her with a boyish, expectant smile, offering her his vulnerability.

A loud jangling breaks their reverie as a cart trundles up to the bus stop and the wizened vendor implores Kala to buy her wares, so she can go home and feed gruel to her old husband. Kala is annoyed at being distracted from Mani’s open invitation, but the woman is relentless. She has a sharp retort ready on her tongue, when she notices a strange expression fleet across Mani’s face. Kala notices the cart piled with tender cucumbers, and the vendor, who now wields a sizeable knife, ready to deftly slit and generously season the cucumbers with salt and chilli powder. Kala locks eyes with Mani, and a giggle springs from where the root of her desire resides.

While Kala pays the woman and places the newspaper-encased whole cucumbers into her duffel, the trio of schoolgirls is back.

‘Good afternoon, Kala Miss!’ they trill, suppressing excited giggles at being privy to their new Physical Education Teacher making eyes at the History teacher from the boys’ school across the road. Kala shrugs bashfully, checks for traffic, and crosses the bustling, well-tarred road in the shimmering heat of the April afternoon to meet Mani.

Soon after the new school year begins in June, the two school principals meet again, and decide to revise the staggering of the bells. It was a mistake to let the boys out first. But one can always count on the girls to be more sensible in such matters.

Image by Free-Photos from Pixabay

Saritha Rao Rayachoti is a freelance writer who has contributed articles for Indian and International publications such as Atlas Obscura, Architectural Digest India, Arts Illustrated, The Hindu, National Geographic Traveller India, Mint, and Scroll. Her short fiction has been published in literary magazines such as The Indian Quarterly, Out of Print, Joao-Roque Literary Journal and Papercuts, and part of anthologies such as The Best Asian Short Stories (2017). Her story, Marking Time, was shortlisted for the H.G. Wells Short Story Competition 2019 and published in their anthology, Time. She lives in Chennai, India.