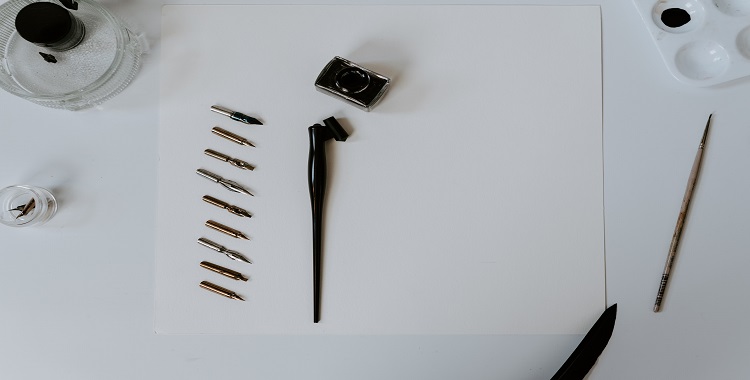 Every author gets asked—cornered, perhaps—to say succinctly: What’s your book about? Two ex-cons murder a family of four in Kansas and, after the crime and the criminals are sensationalized, especially by the author, they’re hung. Oh, were it so simple. How do I corner the subject I chose—spirituality and the writer? Because of its unwieldy focus, I can’t reduce it to an elevator speech. Can I keep it to a thousand words?

The form’s common thread is to explore our selfhood via an unfinished relationship with a person, family, place, idea, or passion: for instance, Mary Karr and her reckless (Texan) mother, J.D. Vance and the hillbillies of Middletown, Ohio, Barbara Brown Taylor and the Episcopal church she had to leave.

Exploring the incompleteness of the other in our lives, we discover and invent in memoir a new being, a writerly self. (Roland Barthes italicizes this foray in his great essay, “The Death of the Author.”) The narrator/character who emerges becomes the “I” of the tale, who is not the author. The literary memoir winds up divulging this self on behalf of its author, who, hidden, masked, or inchoate, is vitalized through the begetting power of language. Along the way, the narrator helps quarry his author’s vexatious experiences, volatile or shadowy voicings of his transcendent nature. If well done, the book’s reader finds such experiences to be authentic and unverifiable.

This last word has intrigued me for years. Aren’t all first-person narratives unverifiable: How else would you know what I’m feeling or thinking unless I tell you and, once I tell you, how can you verify or trust what I’ve written? You can’t verify, not as you can the facts. Unlike memoirs whose subject is other-relational, where family or era, place or profession, has the main say, the subject of the spiritual tell is private, unwitnessed. To visit the terrain of the indwelling, I read religious autobiographies and spiritual memoirs, which comprise the most arduously interior stories of all.

My first surprise was to find how rare the gifted religious autobiography is. First-person conversion tales include only four masterworks: Augustine (400 CE), Tolstoy (1882), Thérèse of Lisieux (1896), and Thomas Merton (1948). Each confesses his or her epic effort to dramatize a pilgrimage of faith in an exhaustive style. Each creates an insurgent, both idealized and tortured, “I” who embodies the well of spiritual obsession.

Why only these standouts? For a thousand years, nearly all Christian authors were church-censored and devotionally compliant: Writing one’s religion was a trial not of literary craft but of conformity, depersonalization. Too often these life stories were shackled to the standard, nonintimate analysis of sin and salvation. How odd that a tradition which prizes personal faith in Christ would produce so few texts of personal faithfulness.

First, the spiritual memoir removes religion as the context for searching out one’s ultimate inner concern, letting any context act as ground for the endeavor: one’s wonder and fear of God, the irresolvability of death, purpose vs. purposelessness, sudden loss, one’s unlived calling, aging and mortality, all enigmatic and (near) inexplicable. (As well as inexorably singular: Camus writes, “There is no longer a single idea explaining everything, but an infinite number of essences giving a meaning to an infinite number of objects.”)

The other truth is that wild-mind-loving memoirists, as much spiritually as literarily challenged, delve eagerly into the unknown, unrealized dimensions of experience because these things are intractably veiled or else blindingly apparent and gone.

How do we approach the unverifiable? A clue comes from Billy Collins who stresses that spiritual insights “often resist verbal description.” Which means that only the most defiant and original authors will press their case: To spite such resistance, to prove that while our inscrutable innerness cannot be verified, it can be attested to, requiring—for the writer to be “believed”—the most trenchant literary skills.

Because a numinous experience is felt rather than shared, fleeting rather than held, the writer must plumb what Pico Iyer calls “the disjunction between us and the transcendent,” so she herself may understand its tenuousness, its Tao, if you will. Writing about spiritual matters may pin down the elusive long enough to story its transitory nature. Its catch is not a shameful secret to unload; its secretive being is seeking a narrative identity, namely, that of a daring writer (and not a mere “woke” avower) whose shaping enacts that identity.

Behold Barbara Ehrenreich in Living with a Wild God (2014) whose secret is set by an adolescent vision of fire in the sky, fiendishly ignited, she fears, by a divine source. Her lifelong research and essaying reflection eventually decode the specter as an evolutionary hardwiring that dumbfounds humans with the myth of nature’s evil intent.

Add Peter Matthiessen in The Snow Leopard (1978) whose three-month trek, stalking the beguiling predator in the Himalayas, pushes the author to reveal the carelessness with which he’s treated his wife and child and to realize that losing himself in extremis allows him to stumble onto—and live aware of—his own relational incompetence, despite all the Buddhist intrigue.

Writers of spiritual memoir disclose to themselves and their readers that only the writing brings about the insight—not some prior event whose holiness they think they should be recording in a memoir. The act of writing spiritually, as inscribed narrative and aesthetic pursuit, means that even though our deepest sensibility has been immobilized by technology or rendered secondary to “erecting a platform,” such spells are temporary. Our core nature is not dead. Even a latent being has a pulse.

Photo by Kelly Sikkema on Unsplash

Journalist, book/music critic, and memoirist, Thomas Larson is the author of four books: "Spirituality and the Writer: A Personal Inquiry," "The Sanctuary of Illness: A Memoir of Heart Disease," "The Saddest Music Ever Written: The Story of Samuel Barber’s 'Adagio for Strings,'” and "The Memoir and the Memoirist: Reading and Writing Personal Narrative." He is a staff writer for the San Diego Reader. For eight years, Larson helped develop and taught in the MFA Program at Ashland University, Ashland, Ohio; he is the Book Review editor for River Teeth.