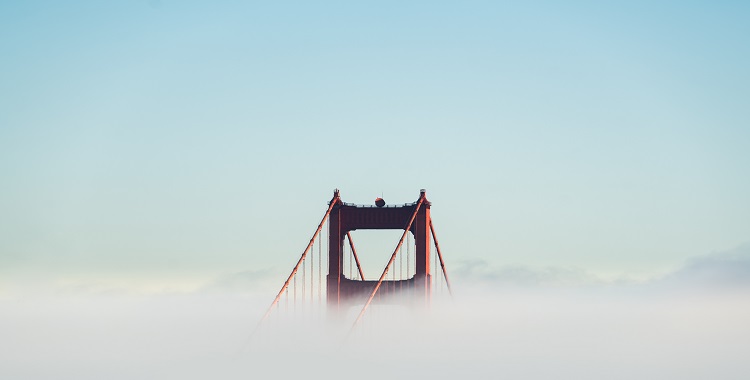 She remembers it differently. The man did not kill himself, he fell. She couldn’t know for sure but she had just talked to the man, not in person, but over the phone. She called him a boy but he was a man. He paid taxed like a man, he stringed people around like a man, and well, he looked like a lot like a man does – not facial hair or muscle tone per se but he wore the type of shoes only someone of a certain age begins to wear; the type of shoes not meant to attract a mate but the type meant to indicate social status while preventing sciatica pain due to improper soles. He fell, she would say. He fell off the bridge. Her sons laughed – now, they were boys. Sure they paid their own rent and one even had a child (very out of wedlock) but these were boys. Never had either of them thought of jumping off a bridge and never would she wish for such a thing but she was confident that such a thought had never entered either of their brains, at the moment still filled with crumbled centerfolds and curveball techniques and never would such a thought enter their minds until one finally settles down and their marriage takes a turn for the existential worse. What did they know about the taking of one’s life outside of on-screen one-liners regarding the act written for the screen by “men” still wearing shoes begging to take a toll on their sciatica. He fell off the bridge, he was a nice boy, he came to work early and stayed past closing. He even helped the cooks scrub down, and he even covered Amanda’s Christmas Eve shift just last month. He fell off the bridge. Maybe he was drunk or high (and who was she to judge, she was three years sober – sleeping pills of all things!). You really think he jumped?, they’d say with smirks at the mother who only started taking sleeping pills because of how much she worried about these boys who once finger-painted and cried over how other kids use to bully their black friends for just being black before Ms. Johnson or Mr. Taylor, she forgets which one, taught the state-mandated lesson on MLK. One even wanted to dress as Malcolm X for Halloween (they had to have a talk – he settled on James Baldwin dressed as Marlon Brando). She didn’t dare tell them their father had threatened to do the act once, when the shop laid him off right before the holidays. He told her one night that he had sat in the garage (when they still had the house) for two hours – a night she remembers thinking that maybe he was having an affair or worse, had fallen off the wagon. When he walked in the door, sober and seemingly faithful and sweat drenched, she clutched him tight – 60% because she was happy he was alive and 40% to smell the back of his neck to double check for traces of lecherous women. There was none and only after one of their sons knocked up his prom date (albeit two years later), and only after two bottles of grocery store wine product (they don’t count – of course they do, but they didn’t think so then), only then did he tell her on a rain soaked night, a night he came home sweaty again and almost fell off again before he fell off for good. He fell boys, he fell. Same result, the boy with the bastard child said. He was right, she thought but she kept that to herself.

Photo by Joshua Sortino on Unsplash

Steven Hollander is a poet and prose writer based in Arlington, TX. He holds an MFA in Creative Writing at the School of the Art Institute, a JD from Hofstra University School of Law, and a BA from Washington University in St. Louis. Before becoming a writer he was an actor for film and the stage who used his legal background to start Ensemble Artists NYC, a not-for-profit dedicated to empowering entertainers and artists in the New York City area.