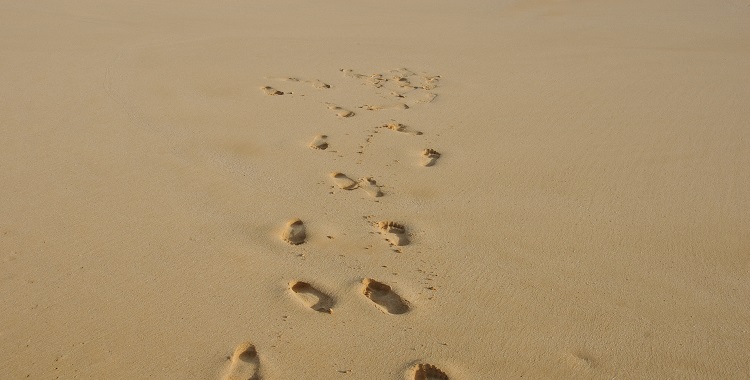 The fifteen-month-old climbs the winding staircase of their duplex to the small bedroom he shares with his two-year-old brother. The father is close behind, hands ready to catch should Baby stumble. Brother climbed ahead and shouts, “I win!” The small window at the top of the stair filters afternoon light onto Baby’s blonde hair. They have just come back from a check-up. The father will call the mother at work to tell her everything went fine. Baby is in the top percentile for height and weight, mostly on target with milestones. Baby and Brother will sing the alphabet song with their father. He will read them three books, their ritual before naptime.

He said mama and
dada and then he didn’t.
The seizures began.

The doctor on call meets them at the Children’s Clinic on a Saturday. He wears a kindly smile and Bermuda shorts. He tells the mother and father it is common for new parents to overthink new behaviors. Perhaps Baby is unsteady on his feet, weak—still getting over a cold. Is he up to date on shots? Yes, yes. Brother sits on the examining room floor and reads aloud Go Dog Go.  “Bess you,” he says without looking up from the book when Baby sneezes.  The father nods his head at the doctor. The mother gathers her brow. When they carry the boys back into the brightness of the parking lot, she will say to the father, “There. Did you see that? Like a tic. He did it again.”

At the hospital
a kindly neurologist
advises them to pray.

After a battery of tests rules out tumors and brain injury, the pediatric neurologist warns the mother and father there may be language delay. Delay gives way to loss. For months, few words. None spontaneous. Baby mimics sounds that have rhythm. The mother and father sing Disney songs to fit every here and now.  They mount a language board to the kitchen wall. Words he once used, words they would bring back, words they would teach him. Now Brother is three. Baby plays alongside, not with. A family friend utters the word, Autism, casual as weather. The mother will research. A light will die in her. For days she will not be able to swallow.

A counselor comes
to answer questions. In time
he may say your names.

The mother calls a friend who lives in a big house in a fancy neighborhood with connections. She tells her friend maybe Baby just has a mind of his own. That he refuses to jump through hoops.  Brother hears her on the phone, interrupts the conversation to remind her that Baby won’t jump through hoops because He knows he’s not a lion. The mother’s connection gets an appointment for screening from the city school system right away. He is made eligible for a special education preschool program. On his first IEP, the diagnosis reads PDD NOS, which means we don’t know.  Just before Baby turns three, an orange bus picks him up in front of their duplex.  The father straps Brother into the car and follows the school bus. He watches Baby as Attendant helps him climb off the bus, watches as Teacher takes his hand and leads him into the school. He will call the mother at work to tell her he saw Baby get to school just fine. He will tell her Baby did not cry; but the mother will hang up the phone and she will cry.

Goals become measured
in clinical terms. He knows
more than he can say.

Baby is now a Boy. When the parents go to his preschool for an end-of-year assembly, the Boy bends down to admire a classmate’s baby sister in a carrier. Teacher says the Boy likes babies. That maybe the parents should have one more. Brother says, Not another one!  He cries and cries when they tell him he’ll soon have another baby brother.

The Boy uses phrases from videos to communicate his wants and needs, his frustration and his sense of humor. The parents think this shows how smart the Boy is to borrow language in such a way. The doctors dismiss it as echolalia. Every night, the mother tucks the brothers in. Brother says, Good night, Mommy. The Boy mimics, Good night, Sweetie. He has never said I love you to her without prompting.

The mother wonders:
will the new baby learn words
before the Boy does?

The Boy is now in kindergarten. He has been labeled. The mother and father consider the buzz from other parents, from friends, from the news, from newspapers and magazines. They hear about children who are “cured” of autism. They buy books. They research special diets and supplements and therapies. They take off work and put the whole family in the car to drive hours to a specialist. From her they buy expensive supplements to detox the Boy’s “leaky gut.” They take him off dairy; they take him off gluten. This, in a time when special diet foods are not available in mainstream stores. Nothing is covered by insurance, but they have to try everything. Everything.

And then it happens.
Without prompting he hugs her:
I love you, Mommy.

The Boy is five. He still uses television and movie scripts to express complex feelings.  He is able to tell them what he wants. He is able to greet them all by name. He learns to write his alphabet with a paintbrush. He helps the parents with Baby Brother. He plays with Older Brother. He loves to sing. One day, he will surprise the mother, pressing his own syntax into a sentence of beauty and awareness.  She is boiling spaghetti for supper. He stands at the stove and watches the steam rising from the big pot. The sky is cooking, Mommy, he points. The sky… is cooking.

He is a poet
without words. He will begin
to tender his song.

Photo by Kevin Bluer on Unsplash

Tracy Rice Weber, after many years of public school teaching, leapt into early retirement to place full beams on her own writing, and to complete an MFA begun three sons ago.