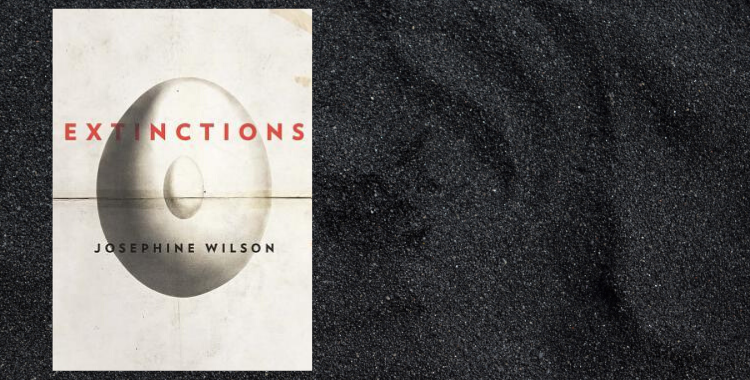 With Extinctions, Tin House Books has published an exceptional novel, smart in so many ways. Josephine Wilson’s writing is superb, the plot refreshingly original, characters finely developed, and its themes likely to be of high interest to members of today’s aging populations. The author holds a Master’s degree in Philosophy, currently lectures in creative writing, and has won several prestigious awards for this work, first published in Western Australia.

The setting of the novel is 2006. Fred, a retired engineer and professor of structural engineering, has worked in reinforced concrete, columns, and such, and is now living in a “retirement village,” a term he abhors. He has a love for Marcel Breuer’s 1926 Wassily Chair, a tubular steel structure, a copy of which he has brought with him to his new residence.

Jan, who lives next door, keeps budgerigars that are sometimes too noisy for Fred. He might ask her to remedy that, but dreads meeting her, dreads the obligations it might incur. Fred looks out the window or sits reading obituaries while looking back on his life; whereas Jan, when we meet her, is readily occupied with her present circumstances. A strange turn of events in her life brings sudden new and serious responsibilities to her doorstep.

Fred’s cynicism and the tints of humor that colored the opening pages are what drew me into the book, along with its themes of adapting to change in one’s life and making restoration for negligent past behaviors. Jan’s character contrasts pointedly with Fred’s. Her extroversion and generous nature may be the catalysts that move Fred into new perceptions about himself.

Wilson’s ability to slip seamlessly between the past and present in the lives of her two main characters, deftly delivers her authorial skill. She knows her characters thoroughly and avoids a simpler linear ordering, moving back and forth in time, until the content is thick with interesting backstory.

It’s a complex story told, at times, with terribly wry images. At one point, Fred is taken up with the concept of the ellipsis, as he reads the obits. The ellipsis and the long dash, known as an em dash, “which was known as aposiopesis…” Known by whom, he wants to know. He’d never heard of aposiopesis, and he was certain no one he knew had either. He’s sure no one used these words anymore. “The people who designed and built the world had to have a terminology to deal collectively with challenging structural problems. Without specialized languages, buildings and bridges would simply topple over in a breeze. Aircraft would drop out of the sky. The hulls of ships would split open and sink into the depths of the Atlantic Ocean. People would die.” Thus he muses. (Pg. 8)

Fred’s life before widowhood has been filled with many family and professional relationships. But deceptions have occurred. When a serious tragedy in his past comes to light, the reader advances abruptly in understanding Fred’s personality.

A particularly memorable description is recorded on page 215. Fred and Jan have been at the beach. They’ve shared so much about each other. They go on to a most complicated dinner at a lavish restaurant. As their exchange proceeds:

Frederick did not answer. Jan had tipped her face away from him so he could see only the outline of her jaw and the crown of curls. It was like confession, but there was no one left to absolve him of his sins.

During the dinner, at once painful, reminiscent, comic, and pathetic, the author brings matters to a head. Fred will take some actions, Fred will change. But before this can happen, he has an accident that lands him in the hospital.

Photos interspersed throughout the book bring added pleasure to the reader. In no way distracting, they complement elements in the text, sometimes add humor, and seem to deliver an additional dimension to the book. Novels may sometimes be enhanced by illustrations, but here we have photos of real-life subjects and/or events. The inclusion of these images is innovative.

Fred has not behaved well toward his son, Callum, with whom he is estranged. Admittedly, the particulars are challenging to the breaking point. But Fred takes decisive action to make reparation. Though the author leads us steadily toward the denouement, I was nevertheless shocked by the dramatic, drastic, foolhardy, and cathartic action Fred takes in order to bring his son back into his life.

Even in her descriptions of ordinary events, Josephine Wilson retains consistent ability to deliver surprise. This element adds to the freshness of her writing and speaks to the depth of her reach. Extinctions is a book well worth reading for its entertainment, its rich character portrayals, its drama, and its ability to lead you into reflections about your own life circumstances and obligations. It’s easy to assume Wilson’s studies in philosophy contributed to the richness of this contemporary novel.

Carole Mertz loves writing in all forms. Her poetry, essays, and reviews appear in literary journals in the U.S., Britain, Canada, India, Scotland, and So. Africa. She is book review editor at Dreamers Creative Writing (Canada) and editorial assistant at Kallisto Gaia Press (U.S.). Mertz’s musical career was forming just when the Beatles began their wildly popular U.S. performances. She is the author of Color and Line (Kelsay Books, 2021) in which she shares her ekphrastic and other poetry with readers; Mertz resides with her husband in the Midwest U.S.