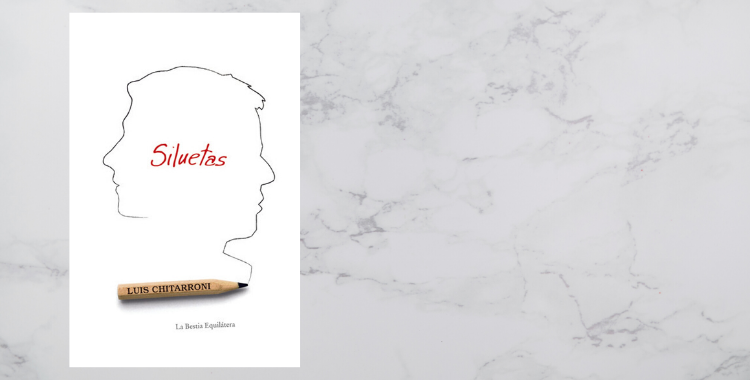 The honorable Sir Thomas Urquhart (1611-1660), who is remembered today for having had the oblique honor of translating Rabelais into a sort of cowboy’s English, as well as for his nonviolent denouncement of Scottish Presbyterianism—developed an early version of Esperanto that included 25 consonants and 10 vowels. He is said to have exercised a severe lack of judgment in his later years; he was neither crazy nor completely sane, and seems to have died from a fit of laughter brought about by the Restoration. Urquhart also wrote Pantochronochanon—a word that is most gratifying, indeed, to cross out using vertical pen strokes. Pantochronochanon is a curious imaginary biography whose theme (its protagonists’ search for distinguished ancestors) reaches its culmination 150 generations on when Adam and Eve appear, minimally, yet elegantly dressed, but banished from Eden all the same: riverrun, past Eve and Adam.

More timid, more modest, and certainly less memorious (with apologies to Funes) than Sir Thomas Urquhart, Bruce Chatwin set out to chart his own genealogical course after reading The Origin of the Species, but found only his mother’s distant cousin—Merchant Marine Captain Charley Milward. Captain Milward had managed to survive a shipwreck in the Strait of Magellan years earlier; and following this miracle, settled in Punta Arenas, where he established a shop to repair ships and other seafaring vessels. Whereas Urquhart’s motivation was, perhaps, his bewilderment when faced with diversity, as well as the pleasure of creating an alibi that turned sin into nothing more than another experience, Chatwin’s grail was the small piece of leathery brontosaurus pelt his grandmother had been sent by a certain Captain Charley Milward in Punta Arenas. It did not take young Chatwin long to realize that brontosauruses did not have pelts (and that they were, in fact, reptiles with an exterior skin as impenetrable as Pantochronochanon), but he chose to linger in the region long after this revelation in order to become acquainted with the landscape previously explored by his ancestor. The pelt—that small piece of skin—had belonged to a Mylodon, a gigantic Patagonian sloth; and the result of Chatwin’s pilgrimage is a remarkable book: In Patagonia.

At that time, adventure book writers had already explored Patagonia nearly as often as they had visited the famous African continent. But Chatwin did not set out to correct spelling mistakes made by the children of Captain Grant, nor to expand on the avant-garde movement by exhuming puns from Smokeland, thus prolonging Pat’s “agonia“; he wanted to write a book there, in Patagonia. In reality, and although he didn’t realize it, Chatwin had already infiltrated the horde of travel writers—a brilliant tradition illuminated by imminent predecessors who would guide his way, with each step becoming a declaration—or perhaps a leap—of faith (even into the land of big-footed the patagóns). The tales from Patagonia that Bruce Chatwin chronicles in his book may prove frustrating to tourists reading it (who, wanting to convert their faith in humanity into kindness, may harbor a fear that their optimism about foreign lands may also come a severing of pain). His accounts (that he leads us to believe that he believes) at times exude a certain propensity for broadcasting errors. It is as if, at some point, he thought to himself: Traveling to these places isn’t possible without carrying this horrible advantage around with me as I continue to arrive at the next lie in order to uncover the truth. Yet Chatwin’s gaze, his thoroughly detailed accounts, and his stunning descriptive abilities are nearly beyond compare in contemporary literature. Though one may object to the conclusions he draws, and even to his understanding of the facts (since they belong to “solitude’s subtle headquarters for masters of the world”); one won’t find fault with his understanding and skill in reading landscapes.

This dashing Englishman, whose features combined the bland beauty of his Dutch ancestry and the temperament of an actor from the West End, died at the age of 48. His cause of death sheds light on the myths he knew how to create about his life: He died after ingesting a mushroom in China in 1980[1]. The aphorisms of the traveler are always astonishingly complex, with the pieces aligning like an exhausting horizon line with no breaks. His biographers are the actors in this production because biography acts in reverse, confusing any fleeting notion of brevity by providing an epitaph of its own.

The episodes from the Chatwin’s personal myth that his biographers have chosen to illuminate inform us that, before becoming a writer, he worked at Sotheby’s, the famous London art gallery and auction house for antiques. They say he had an equal disdain for two institutions—universities and marriage—and that, nonetheless, he was a man of courage. Once when he was working at Sotheby’s he happened upon a Ghirlandaio enthusiast who carried a book by Bernard Berenson under his arm everywhere he went; another time it was some exuberant soul, convinced he had lost his travel card inside an Algonquian translation of the Bible, whom Chatwin encountered; and finally came across a Picasso. And so he already knew then, perhaps, what his career as a writer would later allow him to say: that works of art are loved and hated at the same time. If that had been so, then he was mistaken. But it wasn’t so. He couldn’t at the same time love and hate the harlequin he found himself standing face to face with in that room, for the simple reason that he recognized the “Picasso” was a fake.

Nonetheless, his obsession with harlequins continued. In Utz, his final novel, he had time to explore this theme at length. Kaspar Utz collected Meissen porcelain figures and could observe—from his refuge—the tomb belonging to Rabbi Loew, the legendary golem creator. Utz is also a solitary harlequin, and his silhouette is traced by a master forger’s hand—that of Chatwin himself. The writer’s gaze isn’t the anxious, orphaned expression found in a Picasso, but rather the look of one weighed down by the thousand-year-old paternity that Kafka had found so disconcerting. Chatwin’s intuitions were always quite far ahead of those commentators who would later face dilemmas as they wrote about his destiny in the late 1980s. He first became famous locally for being an expert on works of art, and later his name slowly became associated with the “possessions” that literature used to begin the process of hindering him—perhaps much as Utz’s porcelain kept the collector from leaving Prague.

Besides the two aforementioned books, Chatwin also wrote The Viceroy of Ouidah, On the Black Hill, and The Songlines. In the first two works, a story and a novel, he narrates—with a wandering wisdom—a series of bewildering, sedentary conflicts. Chatwin visited Dahomey for the first time in 1971, before it became the People’s Republic of Benin. The Port of Ouidah captivated him, in part because of the Portuguese etymology of its name, Ajuda (a near-cognate of ayuda in Spanish, meaning “help”). With the assistance of his imagination, he adapted the biography of slave trader Francisco Félix de Souza into an intricate collection of short stories and cumbersome official titles—a book that includes an abundance of secular missions and ethnographic temptations. On the Black Hill, on the other hand, covers in silt the lives of Lewis and Benjamin Jones, two Welch ranchers whose fraternity seems to bind them to geographical determinism through divine guidance. What’s interesting here is that Chatwin makes a mess of any costumbrista orders by scribbling, between the lines, a horizon filled with other interests that—though they are not such vast landscapes—are no less unsettling than Gustave Flaubert’s Bouvard and Pécuchet.

TRANSLATOR’S BIOGRAPHY Allison A. deFreese is a North American literary translator and poet. Her translations have appeared in Waxwing, Crazyhorse, and Asymptote. She has several book-length literary translations forthcoming in 2020, including: María Negroni’s Elegy for Joseph Cornell (Dalkey Archive Press, Dublin); Soaring to New Heights (Renuevo, Fresno), the autobiography of NASA astronaut José Moreno Hernández; and Verónica G. Arredondo’s I Am Not That Body (Pub House Press, Quebec).

Translator’s Note:  Luis Chitarroni’s Siluetas/Silhouettes is a stylized catalogue of short biographical works about literary figures—some real (Erasmus Darwin, http://perceptionsmagazine.org/nonfic-2019; Izumi Shikibu and Benjamin Constant  https://www.asymptotejournal.com/special-feature/translation-of-benjamin-constant-from-siluetassilhouettes-by-luis-chitarroni/ ), others invented (as when personas created by Jorge Luis Borges or Fernando Pessoa make an appearance). The following sketch outlines the life, and alternative realities, of an exceptionally creative writer British travel writer who died at age 48 during the AIDS pandemic of the 1980s—Bruce Chatwin (1940-1989), who set his final novel in Prague.

In his own exceedingly brief introduction to his silhouettes, Luis Chitarroni dismisses these “biographies” as “what they in fact are: narrative exercises,” while also labeling them as “timid tales.” Timorous or no, with nuanced turn of phrase, Chitarroni uses bold brushstrokes to introduce a series of lesser-known literary notables who have connections to the arts or literature (among them Chatwin), by telling their all-too-human stories again with fresh details that transcend the static framework of typical encyclopaedia entries. Chitarroni’s writing tends to defy genre, and his approach to exploring the past cannot be simplistically defined. The portraits he creates are literary collages that include poetry, painting, psychology, alchemy, and early notions about science—bringing the reader to unexpected, yet often welcome, conclusions about history, artistic collaboration, memory, and the passage of time.

When confronted with a dearth of tangible facts or a lack of witnesses, Chitarroni sometimes invites readers to draw their own conclusions about what is missing from the silhouette of the story or the contours of its historical perspective. After all, what does anyone know for certain about figures who lived two hundred—or a thousand—years ago, and who liberally fictionalized their own autobiographies and accounts of their lives? By resurrecting figures like Chatwin from the “ash” of obscurity, Luis Chitarroni is allowing us a glimpse of “the stagehands of time, and prompting those who cue history” (as he writes in his silhouette of Erasmus Darwin), and offers a broader political and social context for what we accept as “fact” in our world today. Please note that “Chitarroni and Chatwin in Patagonia” contains many puns and literary asides. Given the variations between the Spanish and English, I’ve rendered some of these plays on words and witticisms (with the author’s approval) in creative ways to capture their original spirit.

Luis Chitarroni is a writer, literary critic, and editor from Buenos Aires, Argentina. He is the author of five novels or books of criticism, and has also collaborated—both as contributor and editor—on a variety of anthologies. A translation of his “antinovel” Peripecias del no: Diario de una novela inconclusa/The No Variations: Diary of an Unfinished Novel was published in English in 2013. Many of the works from Luis Chitarroni’s Siluetas/ Silhouettes (the collection of shorts about literary figures—some real and others imaginary—from which “Bruce Chatwin” grew) started from a collaboration with the magazine Babel in the 1990s. He is currently editor in chief of La Bestia Equilátera, the Argentinian press that published the most recent editions of Siluetas/Silhouettes.