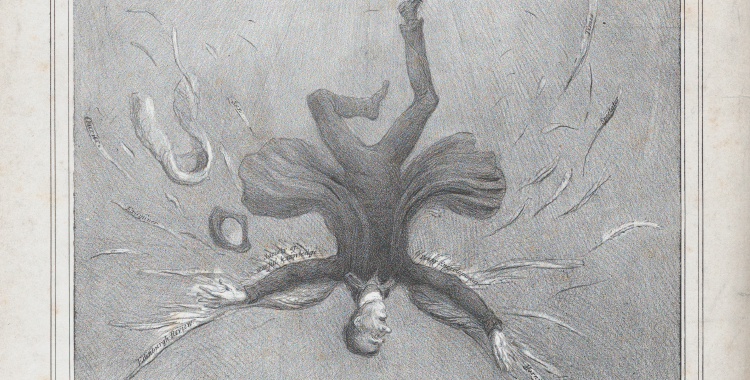 John didn’t come home that night. Reports said that a young Black man, suspected of robbery, was attacked by police officers on the corner of 3rd and St. Andrews. The image they showed on the television was gruesome. His face was still wet from blood. His pupils were dilated, and his chest looked like a washbasin formed by the inward collapse of his ribcage. The camera stayed on him for about 7 minutes. It was my brother on that TV. He was a celebrity, with that 7 minutes of fame.

Two years ago, John and I vacationed out to Brooklyn with some family. He had taken me to the rooftops of our grandfather’s apartment and asked, “Terrence, did you ever read the Myth of Icarus?”

“A father and son were trapped on an island. The father, Daedelus, builds a pair of wings for his son so he may escape from the island.”

He continued, “‘Icarus,’ Daedalus said to his son, ‘I give you these wings designed from my imagination, so that you may escape your earthbound form and ascend to the heavens. I do this on the condition that you heed my warning: Do not fly too close to the Sun, or else these wings will burn up in the heat of the star.’”

John paused and gazed past my face. The moonlight cast down on his face, illuminating the contours of his chin and cheeks and painting his dark skin a shade of deep violet. He looked back at me with wistful eyes. “Icarus didn’t listen to his father. He took the wings and soared right up into the Sun. They burned up and fell.”

“What happened to Icarus?” I asked.

“He died,” John had replied. My brother’s voice was apathetic. I looked up at the sky and back down at the dilapidated buildings scattered across my grandparents’ apartment in the Carroll Gardens. I imagined soaring up from this destitute setting and ascending to the stars, escaping from my body and living somewhere with money, food, water and big beds to sleep in. John’s eyes were fixed on a faraway point in the distance. He could see the Bay, where moonlight projected across the water, leading to a point infinitely beyond sight.

“Icarus got off easy, Terrence. Who would wanted to live their whole life chained to the same spot that they started?” The tone of his voice changed and became imbued with a deep, demonic energy. It was not hubris that fueled his speech, but an ambition to break from where that he felt chained to. He looked back at me and said, “I’d rather burn up in a bright blaze than have my view blocked by mountainsides my whole life.” His eyes panned the tall skyscrapers below us, which were organized like prison bars across the city’s landscape.

John’s face was no longer on the TV. The news reported that he had been seen exiting a jewelry store with a gold ring, silver chain, and a phoenix necklace. The newspapers included John’s death in their obituaries. They found a receipt, which read PAID FOR:
1. Silver Chain
2. Gold Ring
3. Fire Opal Pendant
Total: $1500

That weekend was our mother’s birthday and John spent his last two paychecks to get her some jewelry. He wanted to surprise her with them. The police officers involved in the shooting issued a public apology after the incident. They assured the citizens of New York that John’s death was an unfortunate, but inevitable, reaffirmation of social order by officers of the Law. I heard John’s voice echo in my head, “I’d rather burn up in the Sun than have my view blocked by mountainsides my whole life.” The sun burned through the clear panels with fiery hate, searing brightness into my naked eyes.

Dante Fresse is a writer and filmmaker, living and working in New Jersey. His work has featured in publications and his films have won awards. He has been published as a scholar and his essays have published online. Dante hopes to write and make a living as a Writer in New York City or Los Angeles.