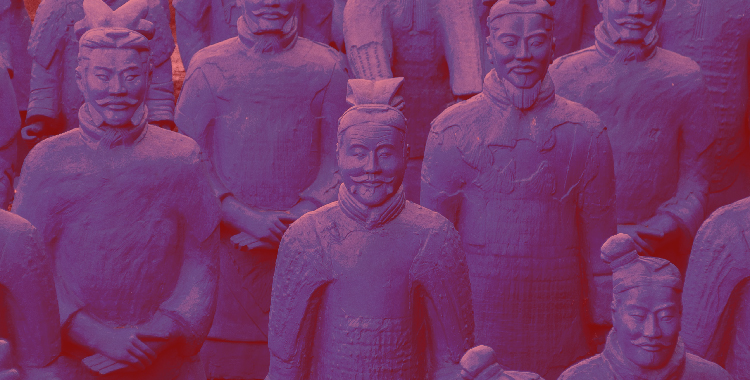 “Drinking mercury to the mystery of all that you should ever leave behind…. in time.”  “Ava Adore,” Billy Corgan

My purple skin projects royal essences onto the soon-to-die in the name of defense.  When they die, they never had it so good.

Mercury rolls and spreads over my central nervous system, shifting me part-way up.  The more I’m admired, the more my men are pushed down, ready to leave their clay selves and organs for future inspection.

Each man makes me feel like Crone and King, capable of passing as physical.

My subterranean tunnels are a puzzle box with walls that open and close only if the warriors walk through them on the way to the lower world, but Mother told me to pretend to be afraid of ghosts, and the commoners would think that’s why I do everything I do.

I etched a citizen’s name on each warrior’s foot so those named would die with the warriors in a sympathetic way.  Dipping curled paper into machine-spun mercury, I surround myself with those bouquets and their electromagnetic fields.

I said I would live forever, but I didn’t say where.

Hosed with Han Purple after a temperature drop, staring straight ahead with an anything goes attitude, the warriors protrude their stained abdomens, ready to see if color affects the sexual attraction of the beings pulling them down from the lower side.

The higher the beings’ arousal, the more likely the warriors will go critical and lose a dimension. The principals behind it is how Shanghai will develop the first commercial magnetic levitation train.

What remains of the warriors is what my outside body was from the start—very ill, but human-looking from ten feet away or more.  The Han Purple stacks the air unevenly, and my core self walks away on that grand staircase.

My favorite concubine may think she left me, but two-thousand years on Earth is ten minutes to me in the upper dimension, so here it’s like it never happened.

We’ll always have China, we’ll always have Terracotta Warriors dusted in Han Purple, never looking behind, but I’ll always be heaven, a big head on a great person, as the oracle bone scripts make me out to be.

Gone for my own reasons.

Photo by Ricardo Rocha on Unsplash

Annie Christain is an associate professor of composition and ESOL at SUNY Cobleskill and a former artist resident of the Shanghai Swatch Art Peace Hotel and the Arctic Circle Art and Science Expedition. Her poems have appeared in Seneca Review, Oxford Poetry, The Chariton Review, and The Lifted Brow, among others. She received the grand prize of the Hart Crane Memorial Poetry Contest, the Greg Grummer Poetry Award, the Oakland School of the Arts Enizagam Poetry Award, and the Neil Shepard Prize in Poetry. Tall As You Are Tall Between Them, her debut poetry book, was published in fall 2016 by C&R Press.