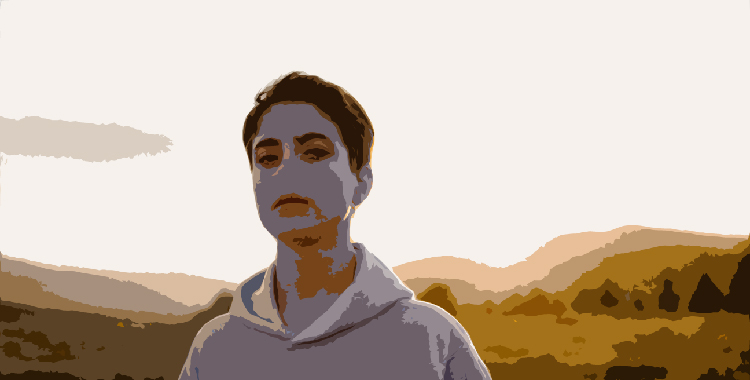 The kids have worked months for this weekend. They’ve stayed late after school, drawn complex plans, built up structures, and milled down wood. They’ve measured their entries to the micrometer. They’ve recorded sounds, covered themselves in paint and glue, lost sleep over summarizing their work in words and diagrams.

At last they display houses fit for a raucous family of shrimp-sized citizens, and wee rocket cars poised to hurtle down a teeny speedway. They adjust Rube Goldberg machines of egg carton, wire, and rubber bands. They are proud, and they are nervous.

If only they understood the delicacy of the membrane between winners and losers, how arbitrary all judging can be. The hardest workers, the best designs, all might trip up somewhere in the rubric. This weekend’s a damn metaphor.

Florescent lights buzzing overhead, oily acned foreheads gleaming, nervous chatter, laughs pitched too high. I walk the hall and teenagers part like the Red Sea. I receive politeness their parents only dream of: Excuse me, Pardon me, Yes ma’am, Let me get that for you.

The door closes behind me and cool, teenager-free air envelops me. I’m alone with the other judges at the Technology Fair.

I receive the rubric, a grid of boxes to tick: Originality, Design, Presentation, Compliance with Theme, and other arguably objective measures. And lastly, the dreaded Teamwork.

Other judges in the room fall silent. One tips his head sideways like a cocker spaniel. Obviously he has no problem with teamwork. Dude’s a team player. Knows collaboration is where it’s at. Collaboration: the Flavor of the Decade.

“Suppose some of the kids do most of the work but one flakes out?”

The senior judge, with a voice distinctive like Snoop Dog: “Well, that’s a deduction. Isn’t it?”  Heads nod.

I guess it is. Humans are the ultimate social species, right? That’s how we conquer? So damn it, if you don’t pull your team together you lose points. Everyone knows that. I hang my head.

Trestle tables, heaped with designs and plans, stand in clusters around the beige-walled room. Gold, green, and red velvet fashions, contraptions of wood and steel, computer designs on pulsing screens. Months of work from kids who may believe the judges’ decisions are the ultimate accounting of their efforts.

We separate into our groups. I will be judging musical composition, which, as Beethoven and Mozart demonstrate, is not a team sport.

My co-judge and I shake hands. Jason has judged this event before. I’m a novice, but at least a musician. So is Jason. He used to direct a band. He wears a crew cut, talks a lot about his years in the navy, and shows me pictures of his cute husband and family.

Jason and I sit side-by-side at a trestle table, heads bowed, solemn, eyes closed as if in prayer, listening to three minute bursts of adolescent creativity. Among them: triumphant marches, sultry jazz, EDM-hip hop mashups, mournful breakup songs, a collection of arpeggios like Duran Duran with the vocal track ripped out.

Today, we tick boxes for musical quality. Tomorrow, we learn about Kyle.

With coffee the next morning, Jason and I welcome teenagers two-by-two. They represent their teams in pairs. We will never meet most team members. But one of them will become legend.

A dark-eyed boy and girl sit across from us. They could be twins. They describe their work in quiet, scratchy adolescent voices.

Jason ends the interview with, “So, tell me about the other members of your team, the ones we aren’t seeing today.”

“We all contributed so much. Everyone pulled their weight?”

“Oh, well, like….. Okay, M plays guitar? And was able to give us some riffs? And E did our essays explaining the development of the theme?”

Two gentle, soft-spoken boys come in. They seem to have been friends for years. They speak with passion about jazz.

At last I say, “Tell us about the contributions of the other members from your team.”

“We each had assignments from the beginning and a checklist of items we were to accomplish, and we met collaboratively to reassign and assess as the weeks went on. So everyone did their part to make this a fully collaborative project.”

Damn. Can’t argue with that.

A sweet-faced girl and her friend with thick, wavy, waist-length hair smile across the table at us.

Jason raises his pencil and inquires, “So, did everyone contribute? And how?”

“Oh yes! We all had our part to do. I’m sort of the tech person, and L here has a great voice and did the vocals.”

“And S did too! Don’t forget S! S worked so hard singing and refining the tracks.”

And so it goes.

They all get it. They’ve broken the code, deciphered the rubric, gained skills in BS that will earn them Employee of the Month parking spots for life.

Two lanky boys shuffle in. Shaggy dark hair covers half the face of one. I imagine him as a Yorkie, with a topknot in a red ribbon to hold hair up from his eyes. His teenage colleague has stringy hair and a bold gaze. They are prepared. They are mighty. They describe the work they did to create their music.

I nod along. Then, “So, not all your team members get interviewed. Can you tell me how the rest of your team contributed?”

Silence. The meeting of sullen eyes.

“Okay. What did Kyle contribute?”

Stringy Hair says, “Yeah. Kyle was all, ‘Let me be on your team, I got some ideas, I can write and do all this stuff.’”

“But he didn’t do anything. He was dead weight.”

“He was a drag on the whole project. Made everything harder.”

Both shaking their heads. Dammit, Kyle.

“Well…..” says Jason, as the door slams shut on their exit.

I’m still wiping tears of joy from my eyes. “I am not deducting a single point for that. Stupid Kyle.”

Let those who have never thought: I wish Kyle had never signed up! cast the first stone.

Such Kyles walk among us every day. Kyles complain, but they don’t vote. Kyles drink, but never buy a round. Kyles collect a salary, but they pawn off the hard work.

Why must the rest of us lose points because of Stupid Kyles? We’re not even allowed to push Kyles in front of a train, because that’s murder and, of course, wrong. But Kyles tempt us. How dare we put kids in a position where they have to lie about Kyles in order to win?

“Those kids were honest,” I argue. “They could’ve lied. I bet the other kids lied. You really think they all collaborated all the time like a bunch of lucky elitist Google interns?”

“You think Google interns are elitist?”

At the awards ceremony the next day my eyes are searching badges. The only thing I want to do is find Kyle.

I think I hear his name in conversation. I butt in: “Hey, do you know where Kyle is?”

Hundreds and hundreds of kids, from across this populous state, fill the auditorium.

Winners are announced and march up in triumph. Those who do not win hang their heads. If only they understood the rubric.

The award is given for music, and Kyle’s team did not win. But not because of Kyle.

The winning team had it all, every box ticked, maximum points straight across: superior originality, musicality, artistry, and theme. Also, teamwork. Also, neatness. So important in music.

I say now, to everyone who wants to win next year, in technology, in sports, in art, in life: There is a rubric for success in every endeavor. But you have to find it. Once you’ve established your goal, you must next figure out any strange extra requirements scrawled across the cosmic rubric.

If you’re a gifted musician, maybe one day you will also need a lead singer who can dance, or who looks good in a catsuit. Auto-tune can fix pitch, but it’s hard to hide rolls in spandex. Don’t get too hung up on musical integrity when the gig calls for showmanship. Or if you’re a blisteringly talented artist, maybe start now making friends at galleries and consorting with rich people. After all, you have socialize sometimes anyway. Right?

We’re all judged on a rubric, no matter what we’re trying to accomplish. And our judges may have real insights, or may be just stumbling along trying to work out a sorting system. We’d be well-advised to figure out what’s on those rubrics.

I’m not sure yet what is on most rubrics, but here are some popular requirements: Smile! Swallow your pride! Get over yourself! Try to look experienced, but not too experienced. Get a bunch of followers. And if anyone ever asks, tell them you couldn’t have done it without the team. Most importantly, whatever you do, keep an eye out for Kyle. He talks a good game. But you’ll have to carry him across your finish line.

I picture Kyle as a thin, loping boy with fluffy hair. I imagine him next Monday at school, asking: How did we do? and not caring about the answer. Yorkie and Stringy Hair may walk past him, ignore him, even brush him as they go by in a hallway lined with lockers and joking, flirting kids.

But that’s not what Kyle’s doing today. Today, while the other kids are comparing their awards, I picture Kyle at the beach. He walks alone, picks up a shell, and inspects it. Then he tosses it into the waves. Kyle is happy. He loves to be near the sea. Kyle has no cares in this world.