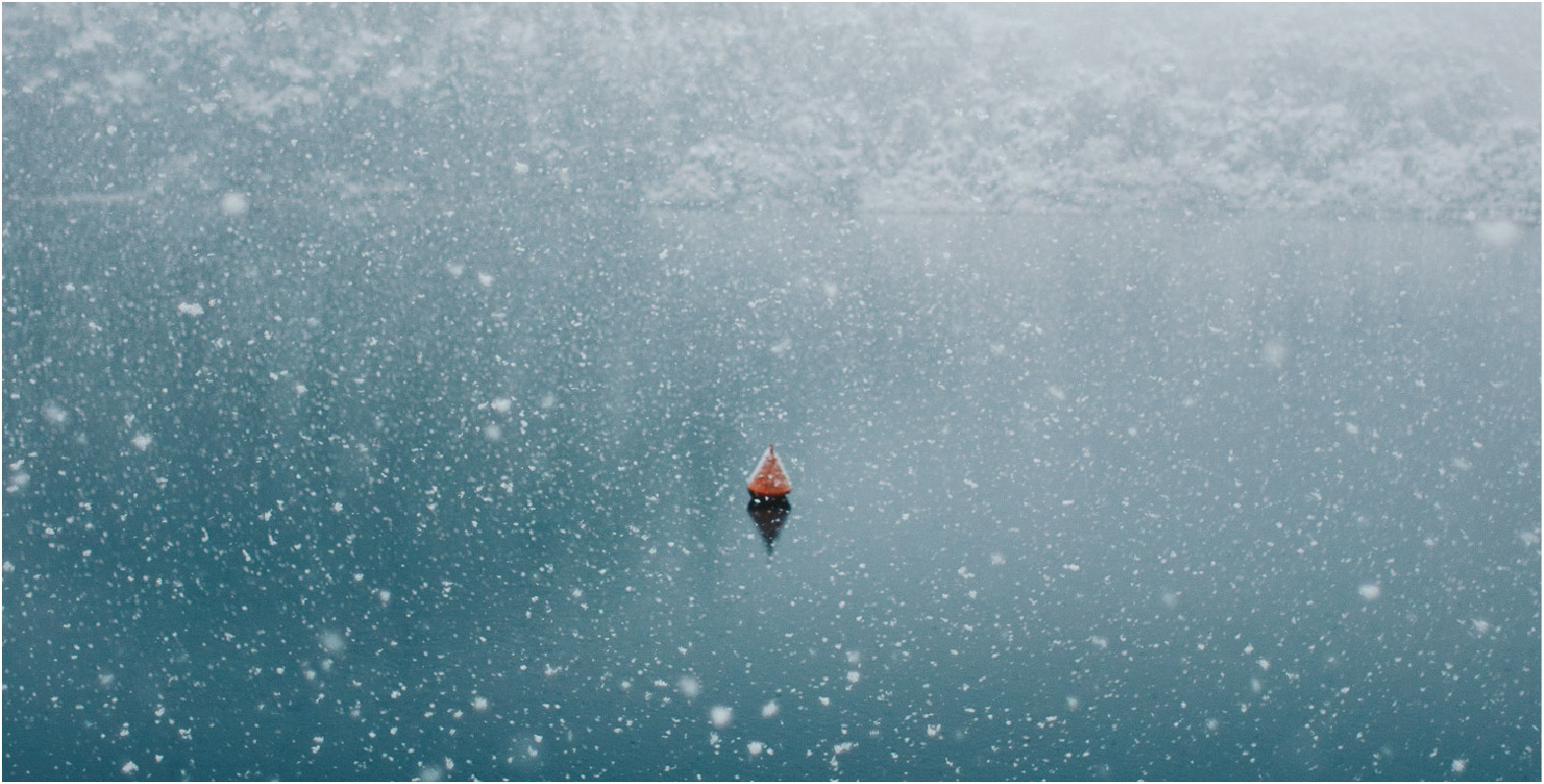 Woken again in the fifth hour to darkness,
and memories of a shattered voice who cannot
leave his lover, and from the pretty recent
past the Romanian honey breakfast, a train to
Windermere, the bookshop at the corner of
the station; then where all light fades as a shadow
comes home to the maisonette, a place for
the homeless, a place halfway here, halfway
there, halfway to nowhere, and the scent of a
cheap winter breeze hanging in the air, the
snow falls, and there is no post today, no schools,
no yoga, no horse racing, and the toy
companies collapse; up with the blinds
and hit by the blinding light, the earth turned
to white, the earth with all its worms, then
back to bed where the heat tenderly gathers
beneath the coverlet, and awoken again by shouts,
go to the window where a fight breaks out,
the taller one with the bobble hat and the
smaller one tussle it out in the snow, swinging
each other like blushing roses in a burning
wind and the taller one grabs the other guy’s
rucksack and tosses it over the balustrade and
into the cold river, and it reminds me of a bird
fight I saw last spring, where one big seagull
trapped a blackbird beneath its feet and
pounded that bird until it faked its own death,
and when the seagull came back the blackbird
took its opportunity and tossed itself into the
cold river; the smaller guy came back looking
for something in the snow, he started kicking
the earth and then left.

Mark G Pennington is a writer based in Kendal, UK and he is the author of Barren Stories for Moonlit Mannequins (Dempsey & Windle 2018) which is his debut collection of poetry. He has recently been nominated for The Pushcart Prize for poetry and his poems have appeared in many magazines and journals, including Scarlet Leaf Review, Visions with Voices, Poetry Pacific, Visitant and The Oddville Press.