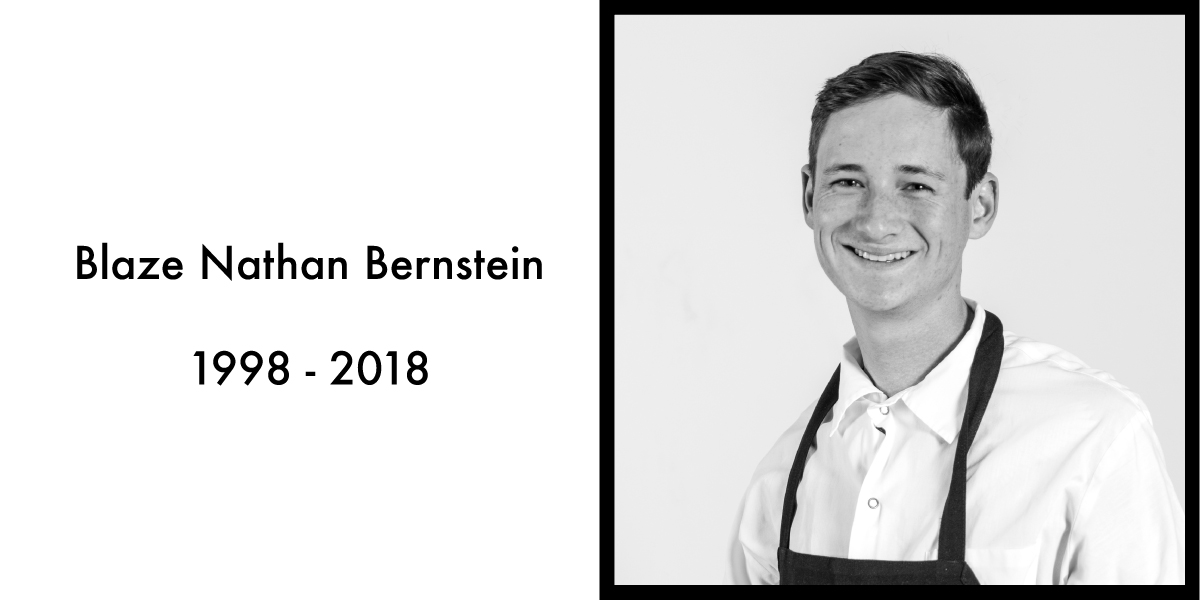 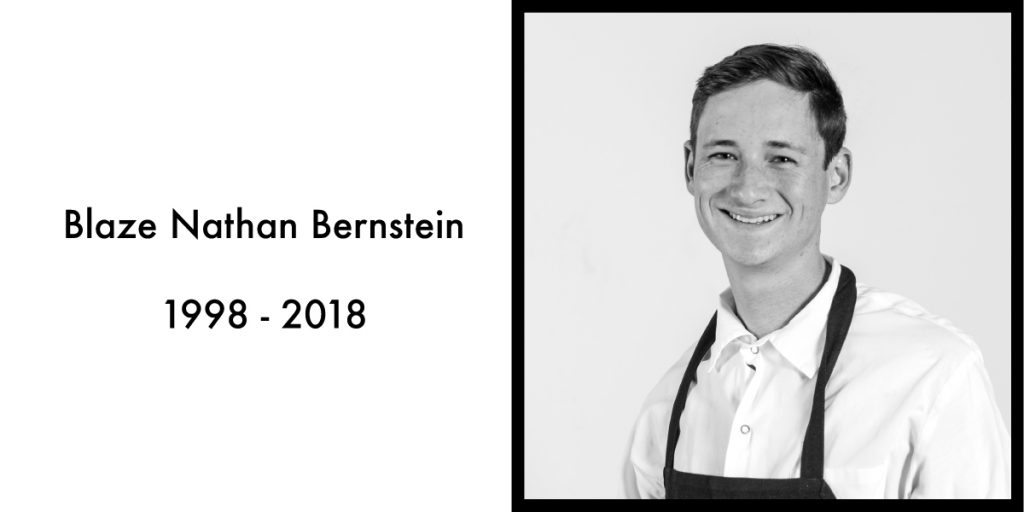 I did not know Blaze Bernstein personally until this morning. Yet, this morning, when I belatedly came to know of his untimely death, I could see him and felt that I always knew him. He became a friend I wanted to hold the hand of, for one last time. He became a brother, who ardently believed in our shared mission. He became a hero, for having lived a life, short but complete with purpose.

Couple of years before the tragic end to his life, he entrusted me and The Bangalore Review with precious words he had written, a short story, The Animals Among Us. We published it in our May 2015 issue. He was a new writer, only seventeen. We were a new magazine, we still are. We feel honored that we published his work, one of his few works in publication. The bio he gave with his story just said, “Blaze Bernstein was born in Orange County, California and has lived there all his life. When he’s not writing, he’s playing the piano or attempting to (i.e. creating a mess).”

That moment of connection I felt this morning has left a lump in my throat and a knot in my stomach. I cannot start imagining how different a world with Blaze would have been, even if it means I would never have known him beyond his contribution to The Bangalore Review. This is a sad moment for me and for the other editors of this establishment, and especially painful because we only got to know him now.

Blaze Bernstein disappeared on the night of January 2, and his body was found buried in a shallow grave on January 10, 2018. He was stabbed several times, in what was probably an act of hate. He would have turned twenty in April this year.

Blaze Bernstein believed in making the world a better place. What happened to Blaze is not a representation of the world we live in. Together, across the world, we hold the capacity for boundless love. And, we can not resist hate with hate, but with only more love.

Our thoughts are with his family, who in this moment of difficulty, tries to find meaning, sense and legacy in Blaze’s short life and early demise. We unite with them in this moment of grief and beseech the world to “#DoGoodForBlaze”. May his soul rest in peace.

Suhail Rasheed is Managing Editor of The Bangalore Review. He currently lives and works in Dubai.